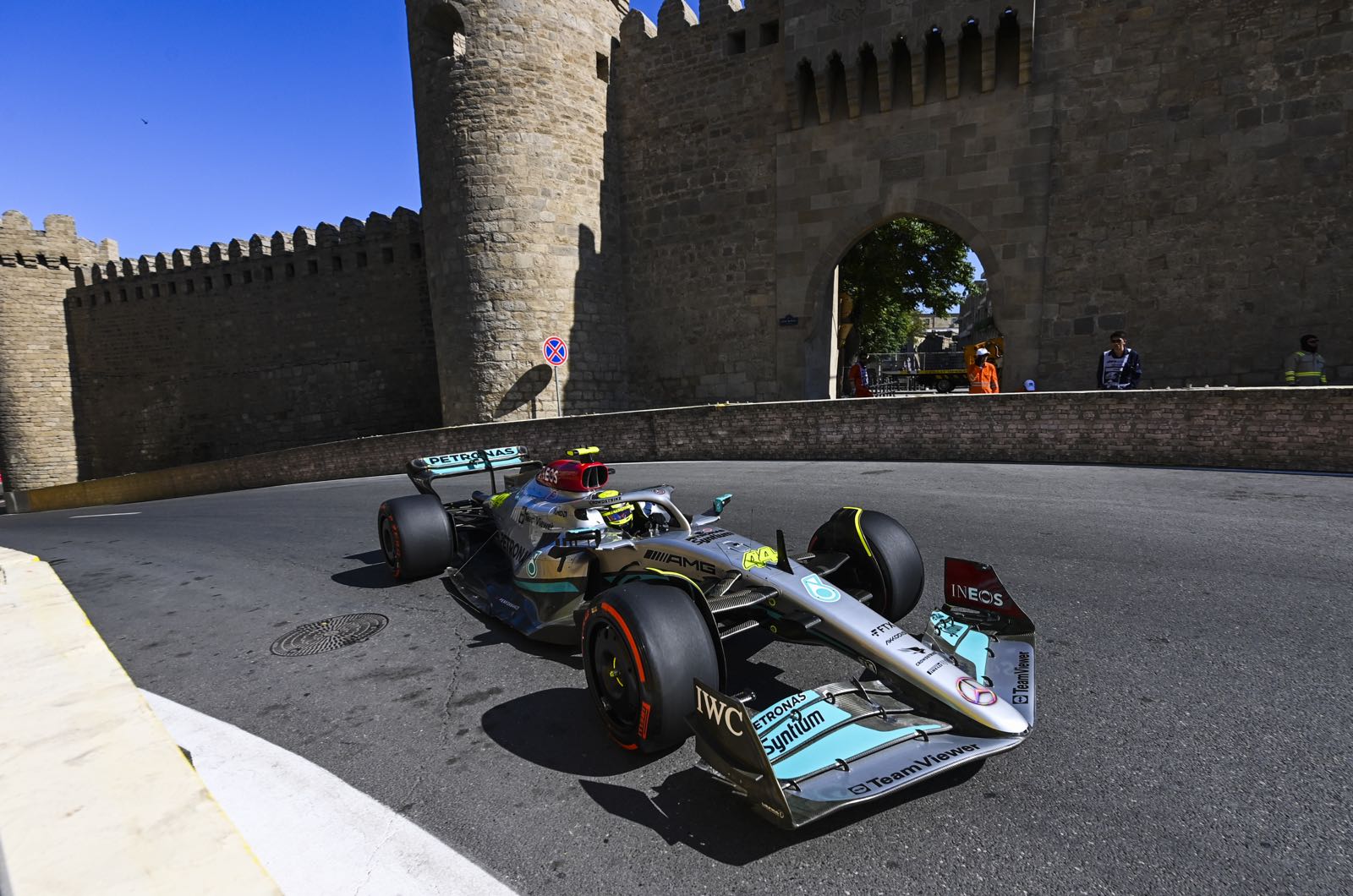 Mercedes will take "decisive steps" as the team continues to struggle with a woefully bouncing car on the streets of Baku.

The reigning constructors' champions have shown signs of improvement at recent races, but the bouncing was back with a vengeance in Monaco and it's a similar story at high speed Baku.

"I can't imagine that we want to keep driving like this for the next four years," George Russell said after Friday practice.

"The drivers say they can hardly see the track," the Austrian told RTL.

"Regarding the laptime, it's totally limiting. Today we saw that the problems have not been solved and now we have to take the decisive steps so that we don't take this problem into the second half of the season or even into next year."

Red Bull's Dr Helmut Marko said recently that he expects Mercedes will sort the problem within 2022 and return to the front.

"For the first time in 10 years I hope that Helmut is right," Wolff laughed.

However, smaller updates are yet to make an impact, moving Wolff to conclude that the solution may have to be "a major intervention".

"I don't think it's about our narrow sidepods," he said. "Wider bodywork will certainly help in terms of stiffness, but it's not necessarily at the front - it's at the back.

"You have to look at that and all of the other issues like dampers, springs, suspension kinematics - it's all a bit complicated, but we are doing all of that work now."

As for this weekend's Azerbaijan GP, it looks set to be another Red Bull versus Ferrari affair, with Marko insisting the red cars are "superior to us on one lap".

"On the other hand, we are slightly ahead on the long run," he added.

Max Verstappen agrees: "Ferrari has the fastest car at the moment. We have mainly benefitted from the mistakes they made in the last races."

The Dutchman also played down some comments made by his father Jos that suggested Red Bull should do more to support Verstappen over his teammate Sergio Perez.

"I don't worry about any of that or what people are thinking, writing or saying," said the 24-year-old. "There is nothing wrong and I don't need to hear from the team that I'm the number 1 driver or anything like that."