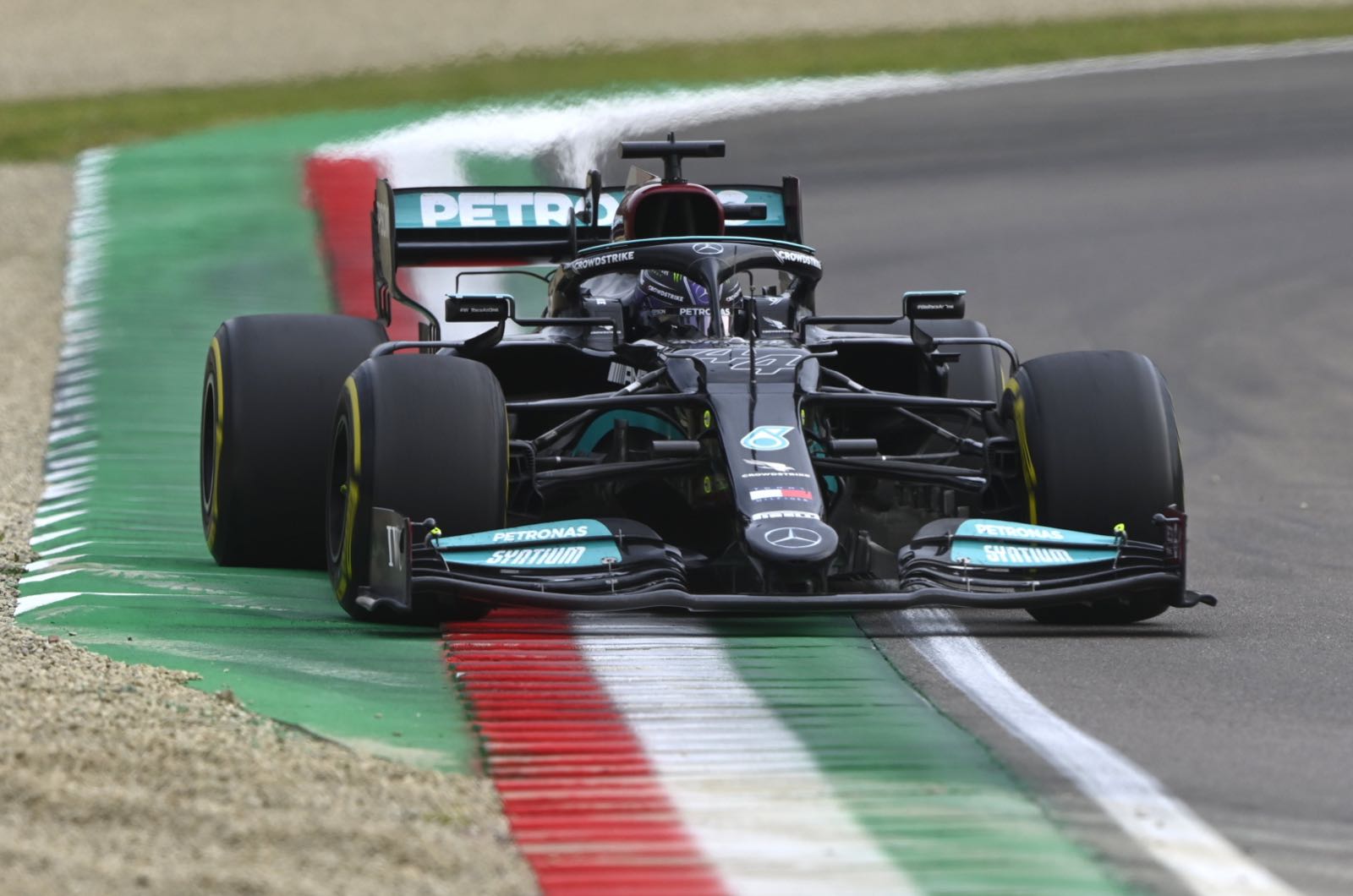 Lewis Hamilton now has to take "big risks" in order to defend his world title in 2021.

That is the view of 1997 world champion Jacques Villeneuve, who likens Max Verstappen's charge this year to when he took on Michael Schumacher.

"It's going to be exciting," the French Canadian told f1-insider.com.

"We already saw at Imola that Lewis is no longer used to taking big risks. But he has to do that now, because unlike previous years he has an opponent on equal footing who drives for another team."

One risk taken by Hamilton at Imola was at the start, Villeneuve explains.

"Lewis should have pulled back against Max because he was on the outside," he said. "Instead, he ruined his race at the first corner.

"Lewis also risked too much in lapping other cars, which I doubt would have happened to him in the past few years. The red flag caused by his own teammate Valtteri Bottas saved him, but he can't rely on that," said Villeneuve.

He compared the 2021 battle to when he went head-to-head with Michael Schumacher - and won.

"I was the young challenger that Schumacher had to fight, like Hamilton is now. He couldn't cope with that," he said.

He said a key ally in 1997 was his Williams teammate Heinz-Harald Frentzen, who was able to give better support than Schumacher's teammate Eddie Irvine.

Villeneuve said: "Sergio Perez is the newcomer at Red Bull and he's already stronger than Bottas, who has been driving for Mercedes for five years.

In fact, Villeneuve thinks the situation for Valtteri Bottas has become dire, especially with the young George Russell waiting in the wings.

"I don't quite understand Toto Wolff," he said. "Why did he blame Russell for the collision with Bottas?

"Bottas knew very well that he was about to be overtaken by his potential successor, which is why he risked a serious accident with his move to the right.

"It showed how tense Bottas is in the second race of the season. And it won't get any better. He's just too slow," Villeneuve said.

"If he wasn't, he wouldn't have had to defend his position so hard against a Williams."