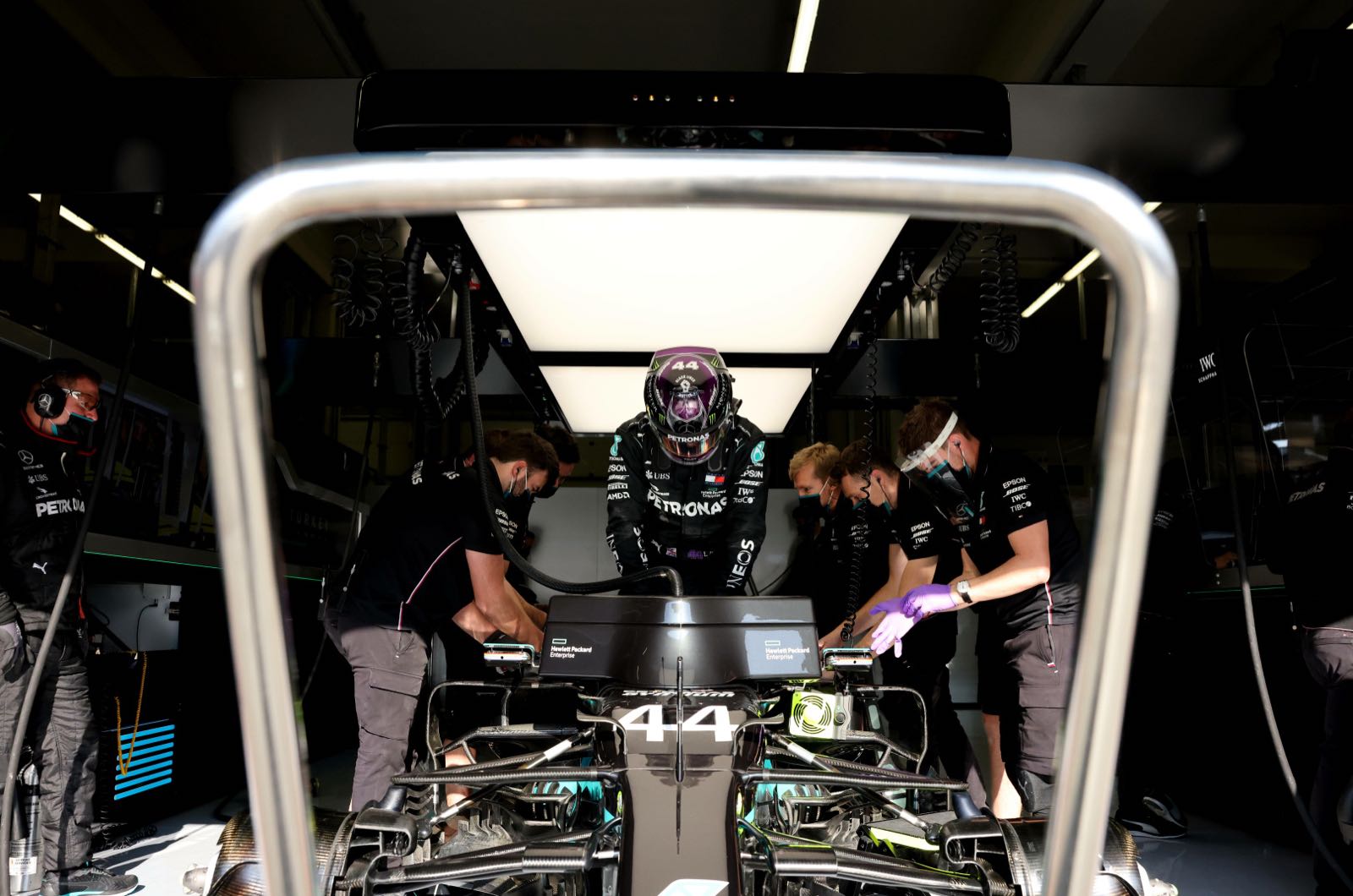 Lewis Hamilton has hit back at the idea that he is simply "lucky" to have benefitted from Mercedes' utter dominance in past seasons.

By matching Michael Schumacher's record tally of seven titles this year, 35-year-old Hamilton says he now fully appreciates the work that goes into that level of success.

"As a young driver, you just don't understand how Michael Schumacher was able to put such a successful package on the road, or how I have done that now with Mercedes," the British driver told Auto Motor und Sport.

"Half of them believe that I'm just lucky to be in a good car, but today I am able to appreciate what Michael did back then.

"You have to be at the helm to steer this group of smart, determined and creative people on a direction of development so that at some point the car and driver harmonise perfectly," Hamilton added.

For instance, he says he sits down with his team "every week" to analyse the situation and propose changes.

"At my request, we did this more often and made the group bigger and I always know which way we are going to go with the next car," said Hamilton.

"In the past, the aerodynamicists would tell me which problems they are solving in the wind tunnel and what the next steps with the car would be, and every now and then I had to tell them 'This is not our problem'.

"That kind of direct conversation was more and more important to me."

Indeed, former Mercedes boss Norbert Haug - who worked with both seven time champions - said he sees many parallels between the methods of Schumacher and Hamilton.

"Both love what they do, they both demand more of themselves than anyone else, they both never give up, and they are both 'positively dissatisfied'," he told Sport1.

"That may sound like a contradiction but it is the elixir of the super champion," Haug added. "Without that you can be a winner, but not a permanent winner."