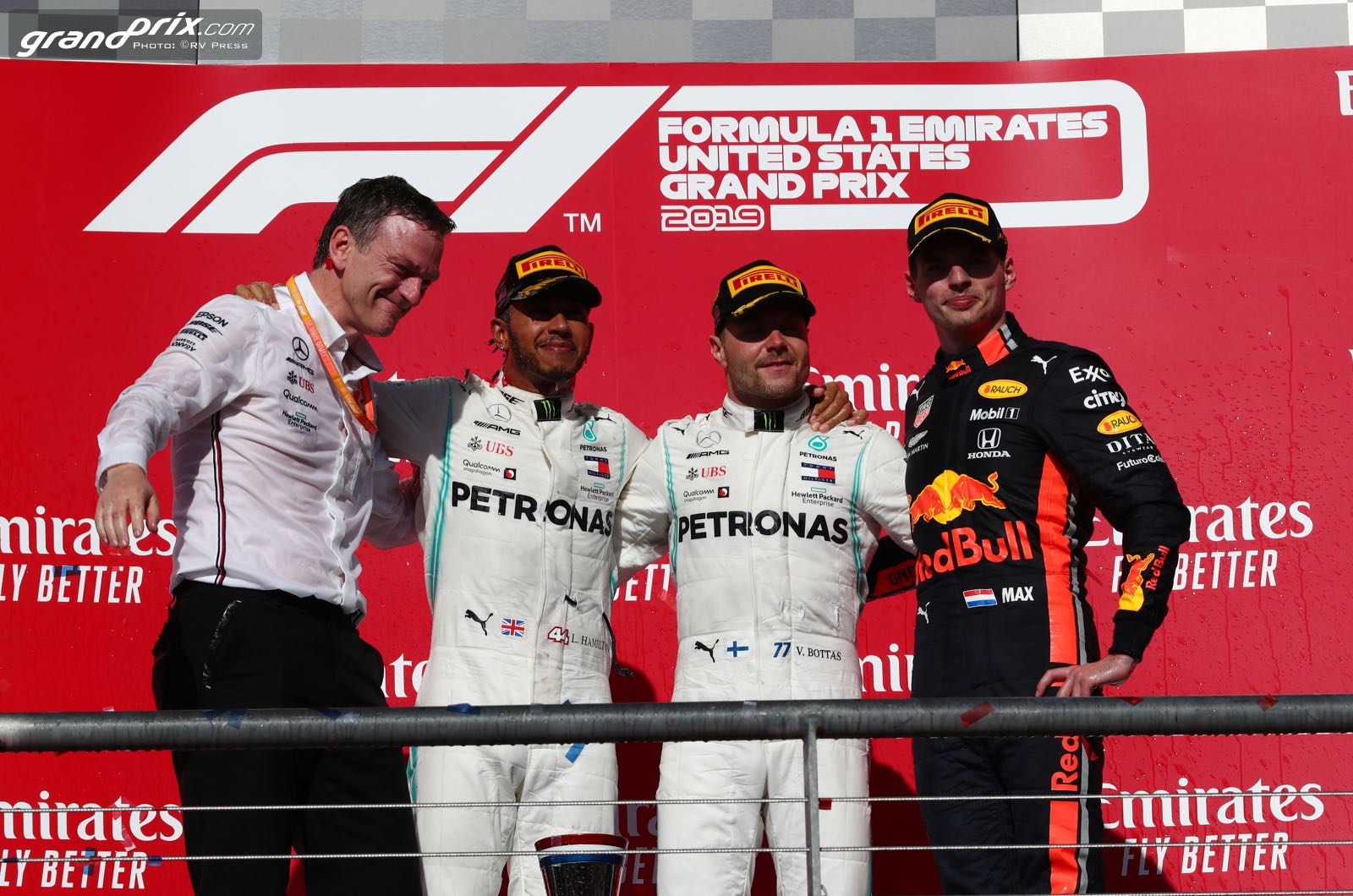 Max Verstappen and Lewis Hamilton have "agreed" to stop bickering in the media.

That is the news not only from the Red Bull-Honda driver's father Jos, but world champion Hamilton himself.

Recently, Verstappen and Hamilton have traded verbal barbs in the media, but Jos says he has urged his son to back down.

"He and Lewis don't have to be friends," he told Ziggo Sport.

"But I have talked with Max about this, and I hope next time we do not have to discuss it in the press.

"He should focus on his work on the track, as he does already, and when journalists raise the issue, pretend that nothing happened," Jos added.

"I saw that Max and Lewis talked before the race (in Austin) and they have agreed not to criticise each other in the press. If something happens, they will discuss it among themselves."

Hamilton confirmed that he spoke with Verstappen in the US.

"I was like 'dude, you're such a great racer, let's just squash whatever there is between us'," the Mercedes driver told Channel 4.

Jos Verstappen said recently that he thinks Hamilton and Sebastian Vettel are "threatened" by Max.

He now adds: "Personally, I think Lewis is afraid of Max on the track.

"It's evident when you see them on track - he (Hamilton) is prepared for a tough fight every time Max is near him.

"This is to the credit of Max, who achieved it with his driving style and his way with the press."

1997 world champion Jacques Villeneuve says he sees nothing wrong with the rivalry between Hamilton and Verstappen, including their clash in qualifying in Austin.

"The fans enjoyed the incident," he told Sky Italia. "It is exactly the rivalry we want in Formula 1."