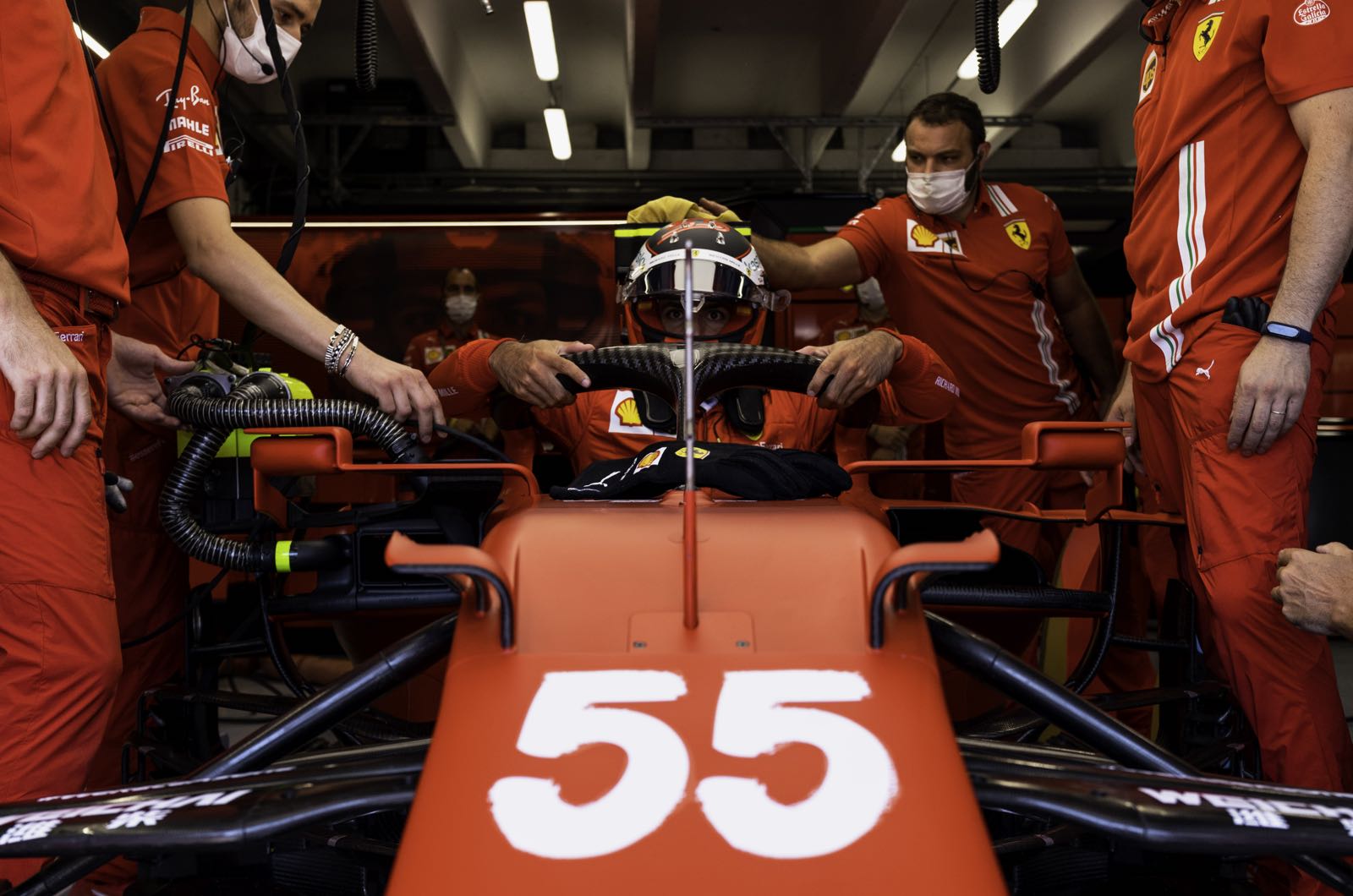 It is "only a matter of time" before Carlos Sainz delivers his full promise at Ferrari.

That is the view of boss Mattia Binotto, who recently declared that Sainz's arrival alongside Charles Leclerc in 2021 has given Ferrari the best driver lineup in Formula 1.

However, the Spanish driver admits that 2021 is "not my best season" in the sport.

"My pace is right, but there is a lack of consistency," Sainz admits.

"And today you really do have to put all the puzzle pieces in the right place in order to show a good racing performance.

"I'm doing better now and I have been comforted to see that I was always close to Charles in terms of speed. But he has managed to put better weekends together.

Team boss Binotto agrees with Sainz's assessment, admitting the former McLaren driver has "made mistakes for being too aggressive".

"He still misses the perfect weekend. In every qualifying or race there have always been a few small flaws," he told Corriere della Sera. "But it is only a matter of time."

Sainz also thinks he still has time to get up to speed - especially as Ferrari has "higher priorities than beating McLaren to third place" this year.

"We want to continue to improve as a team and build the team to try to be as complete as possible, and have the opportunity to win the title next year with the new regulations," he said.

"We are ready for that."

Indeed, Binotto thinks Leclerc has only been missing "luck" in 2021, and will therefore be ready to perform at 100 percent with next year's all-new car.

"We just have to give him the car now," said the Italian.

"The 2022 project is very delicate due to the big change of regulations, but it is already well advanced. We are in the phase in which the fundamentals of the car are frozen - chassis, suspension, gearbox.

"The choices have been made, and we will start producing the parts and trying every possible solution in the wind tunnel to ensure we have made the right choice," Binotto added.

Corriere della Sera claims that Ferrari's engine will also be completely revised for 2022 - and that parts of it will be tested later this season.

Finally, Binotto admitted that he is cheering for Max Verstappen to beat Lewis Hamilton to the 2021 title.