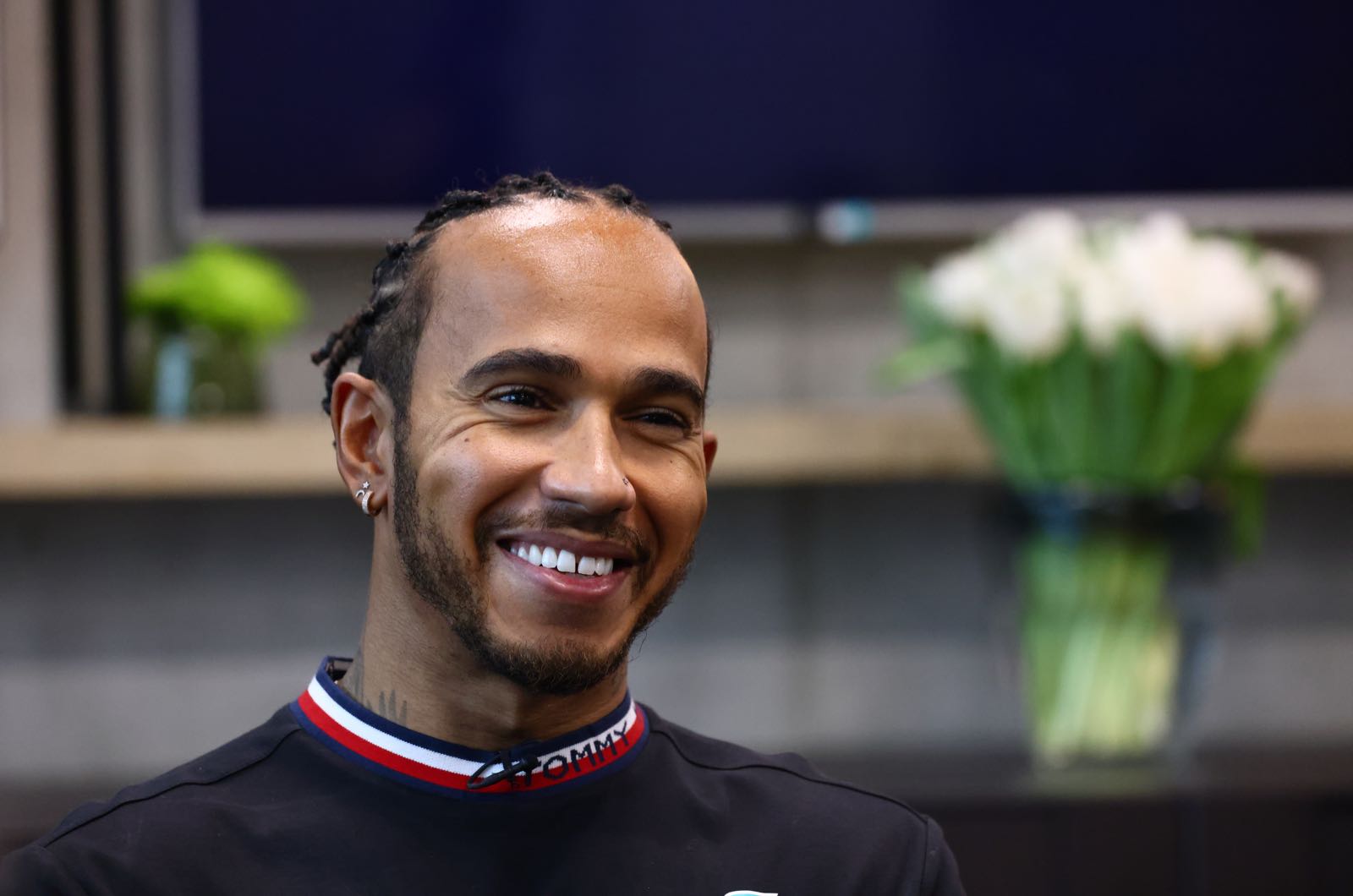 The tension has reached fever pitch in Abu Dhabi as one of closest and most fiercely-contested world championships in Formula 1 history finally comes to a head.

After 21 out of 22 grands prix, Max Verstappen and Lewis Hamilton are dead-even on points with just Sunday's 2021 finale on the modified Yas Marina circuit to go.

Mercedes' Hamilton, having called his Dutch rival "f***ing crazy" on the radio in Saudi Arabia, walked into the circuit wearing a jumper with the words "F*** you" on the back.

"That's just a coincidence," the seven time world champion insisted. "I only saw it when I was getting dressed."

Whether that is true or not, the pair avoided eye-contact in an icy FIA press conference on Thursday, amid chatter all over the paddock about the likelihood of a title-ending crash.

The heat is being put squarely on Red Bull's 24-year-old Verstappen, who blames the media for revving up the subject.

"As a driver, you don't think about a collision," said the Red Bull driver. "You just want to win the race.

"Only the media starts talking about that (a crash)."

Sensationally, however, even F1 race director Michael Masi addressed the likelihood of a title-ending crash in his official pre-race 'event notes'.

The notes point out that crashes or other "unsportsmanlike" behaviour could even result in points deductions or full disqualification.

"Well, that has happened before," Hamilton said, alluding to Michael Schumacher's disqualification in 1997 for trying to take out Jacques Villeneuve.

"The FIA have taken precautions and it's fair that they do," Hamilton added.

"But I hope it doesn't turn out that way and we have a great race."

Verstappen, though, said the FIA "didn't have to emphasise" the point officially, just as Masi admits that there is no way he can actually prevent the worst from happening.

"I can't control the actions of the two individuals, only they can," he said.

"But yes, Max could be deducted points, as could any driver or team. We hope it isn't necessary, but it is one of the tools available to us," Masi added.

However, Verstappen doesn't sound intimidated, declaring that he will use his "experience and instinct" to "be in front of everyone after every corner".

"I would not say that we are on the same level as Mercedes, but as a driver you can compensate for certain deficits," said the Dutchman.

As for the FIA, he believes he is being "treated differently to every other driver. I get penalties for things that others get away with", Verstappen added.

The Red Bull driver left the podium without spraying champagne in Qatar, raising the question of whether he will even congratulate Hamilton if his rival wins the title on Sunday.

But he also makes clear that there is plenty of bad blood between the Red Bull and Mercedes camps. When asked if he has seen another side of Hamilton and the German team in 2021, he answered: "Yes, very much so.

"And not in a positive way."