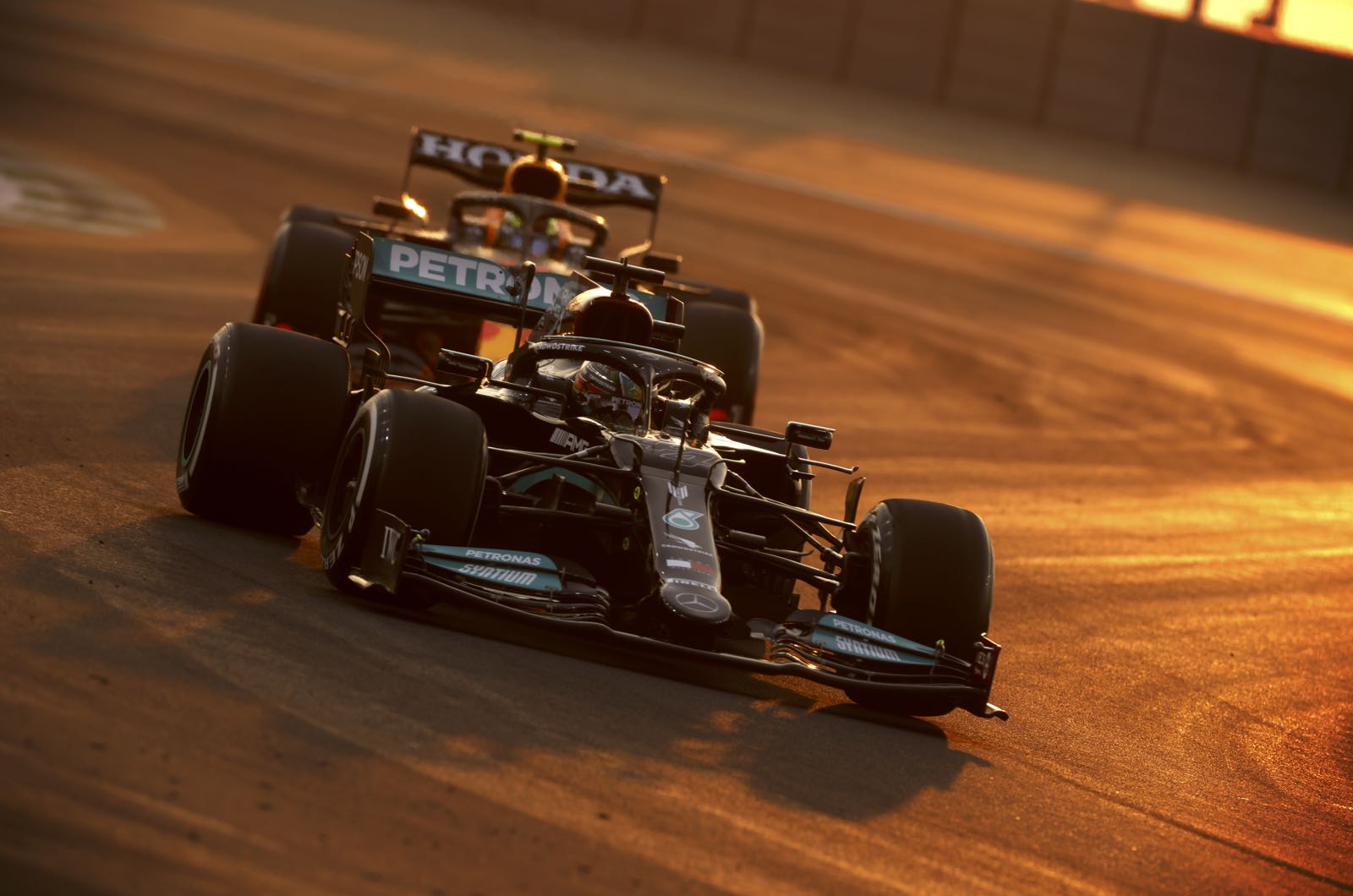 The 40-year-old Spaniard was asked about his preferred picks for the two 2021 world championships, which will be decided in Abu Dhabi at the very end of one of the closest and most intense contests in Formula 1 history.

"Mercedes has had the better car lately," said the Alpine driver. "That is why they deserve the constructors' title.

"But Max should become world champion of drivers," Alonso added. "He is currently one step ahead of all of us.

"The qualifying lap in Jeddah was really something very special. It wasn't Red Bull, it was Max."

However, most in the paddock agree that both Verstappen, 24, and seven time world champion Hamilton both deserve to take home the big 2021 trophy.

"Whoever has the most points after the race deserves it," retiring 2007 world champion Kimi Raikkonen said on Thursday.

"But if I could choose, I would go for Red Bull - because it would be something different."

All eyes are also on the newly-modified Abu Dhabi layout, with the changes intended to make it easier for drivers to race wheel-to-wheel.

However, as it is now generally faster, "That will help Mercedes" according to Red Bull team boss Christian Horner.

Ferrari's Carlos Sainz just wants the contest to be fair, as he hit out at the raging and highly polarised debate on social media following the controversial head-to-head in Saudi Arabia last weekend.

"I watched the whole race again on Sunday evening in Saudi Arabia because I wanted to see what people were so upset about," said the Spaniard.

"What it showed me is how much is at stake but also how good they both are. So I don't think it's nice that the fight on social media is so polarising.

"We are seeing a duel at the highest level," Sainz insists.