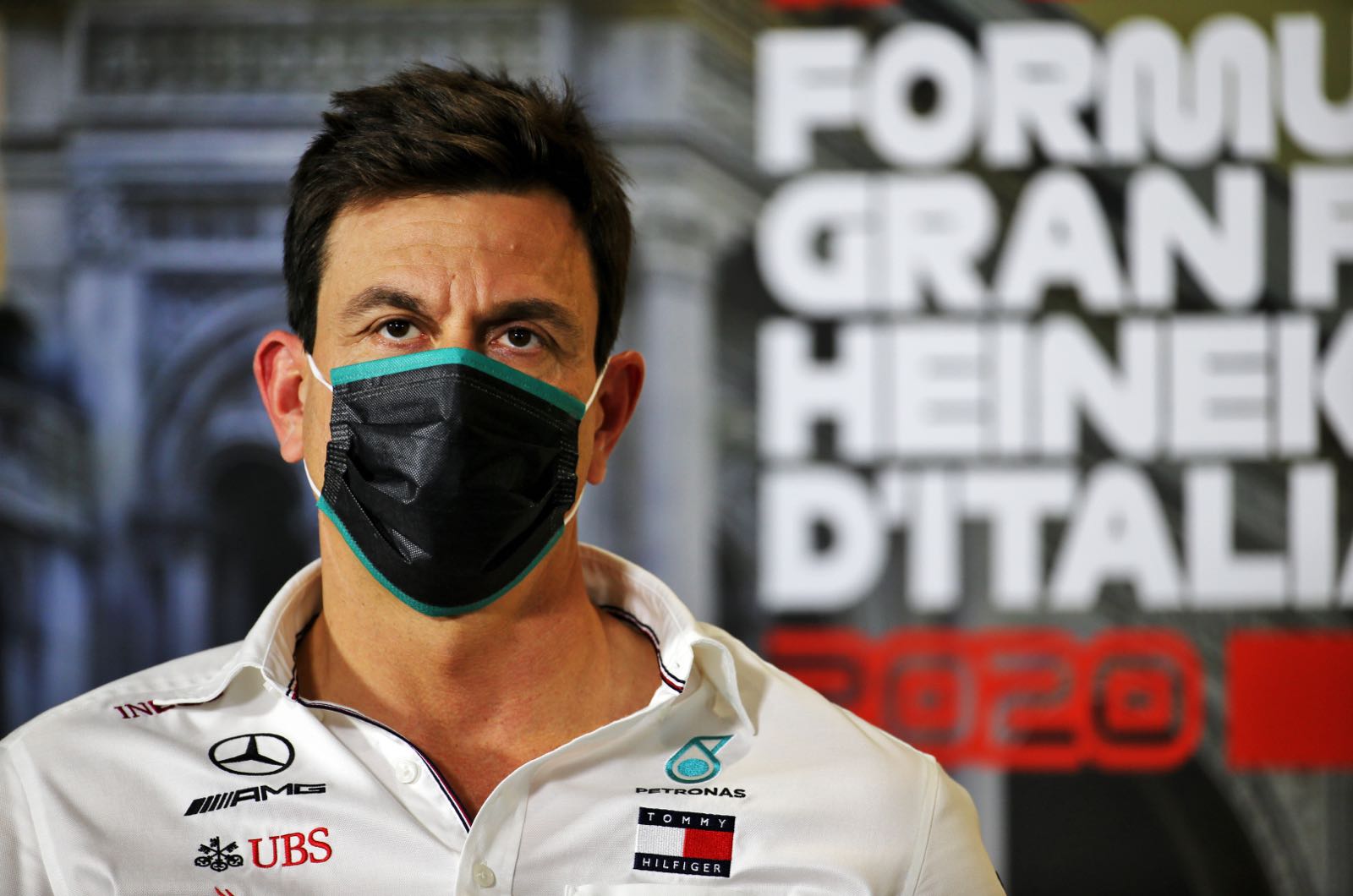 Toto Wolff has brushed off rumours that he might soon be leading crisis-struck Ferrari.

The wild rumour in the Italian press follows reports of the Mercedes team boss's dithering over a new contract and strained relationship with Daimler CEO Ola Kallenius.

"Everyone dreams of Ferrari - it's normal," Wolff told Sky Italia at Monza. "It's the same with drivers.

"Ferrari is the most important brand in Formula 1 and it is equally important that they return to fighting to win.

"But I'm part of Mercedes and the team. I have a good relationship with the team and I feel good where I am. I'm fine here."

However, the rumours of a potential shock switch to Maranello are gaining steam.

"Because I have not yet renewed the contract with Mercedes?" Wolff responded.

"First of all, it is important to understand where this Formula 1 is going and it's normal that negotiations to renew are not easy.

"But I think that in the coming weeks we will be able to close the discussions."

Wolff also said he would like to take the heat out of the political arguments in Formula 1, insisting: "What matters is being united for the show in the sport."

Finally, he addressed this weekend's ban on 'party mode' engine settings, believing it is an effort to slow the dominant team down.

"At first it was frustrating, because we developed an engine to be able to take advantage of this mode in qualifying," said the Austrian.

"But on the other hand, when one team beats all the others, they do everything to slow it down, together with the FIA," added Wolff.

"That's why we now take the change as a positive thing and we hope to be able to go faster in the race instead."