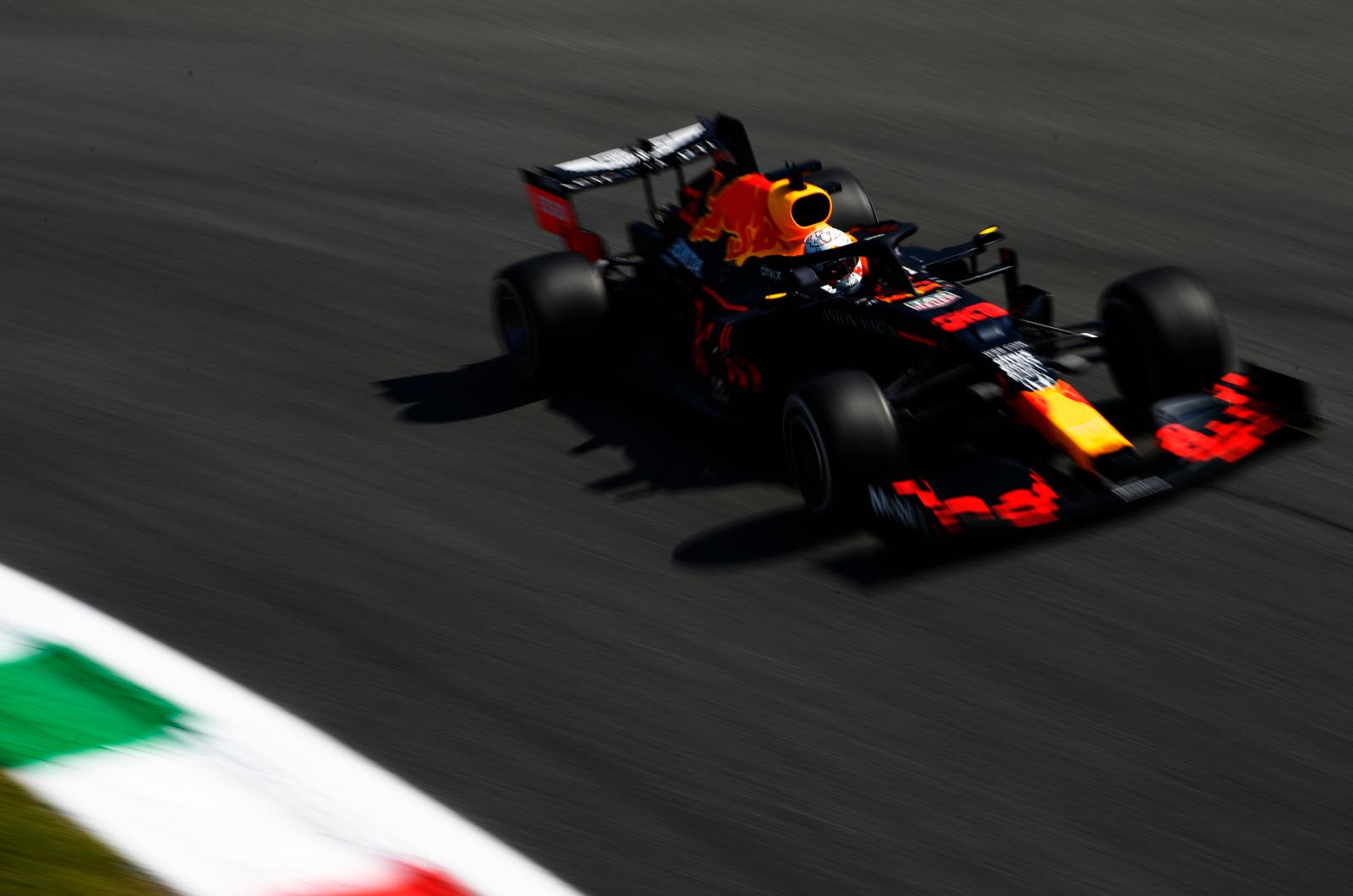 Winning on Sunday will be "impossible", Max Verstappen declared at Monza.

"We are losing a lot of ground on all those straights, but we'll see," said the Dutchman.

Red Bull had been hopeful Mercedes' banned 'party mode' engine setting would help, but Mercedes appears well clear of the field so far at Monza.

"That tyre is a real catastrophe for our car here. It's a mystery," Dr Helmut Marko told motorsport-magazin.com.

Nipping at Red Bull's heels now are works Renaults, as well as the similarly-powered McLarens.

Red Bull dumped Renault at the end of 2018 and since then has been hailing its new works relationship with Honda.

"How harsh do you want me to be in this answer?" Renault boss Cyril Abiteboul said at Monza when asked about Red Bull's perpetual struggle to return to the very top.

He said he had wanted Red Bull and Renault to be "one team with one mindset", and admits that the two sides "failed to do that together".

"It just looks like they are not able to do much better with Honda," Abiteboul added. "It just shows the level of complexity and perfection that is required in F1 in order to win and in particular beat Mercedes."

Nonetheless, Verstappen insists he is not frustrated that Red Bull's dream that he become the youngest ever world champion this year appears unlikely.

"I was most impressed to see him support his teammate in difficult times," he said, referring to the struggling Alex Albon.

"After qualifying at Silverstone he stayed on to help Alex with his sponsorship commitments, which he knew was the last thing Alex wanted to do so he offered that they do it together.

"It shows his great state of mind and humanity, knowing how much Max hates those things," Horner added.

"Max has just matured. He will be 23 soon and just has more experience - at life as well - and he feels very good with himself. He's good with the team, confident, and it shows in his character."