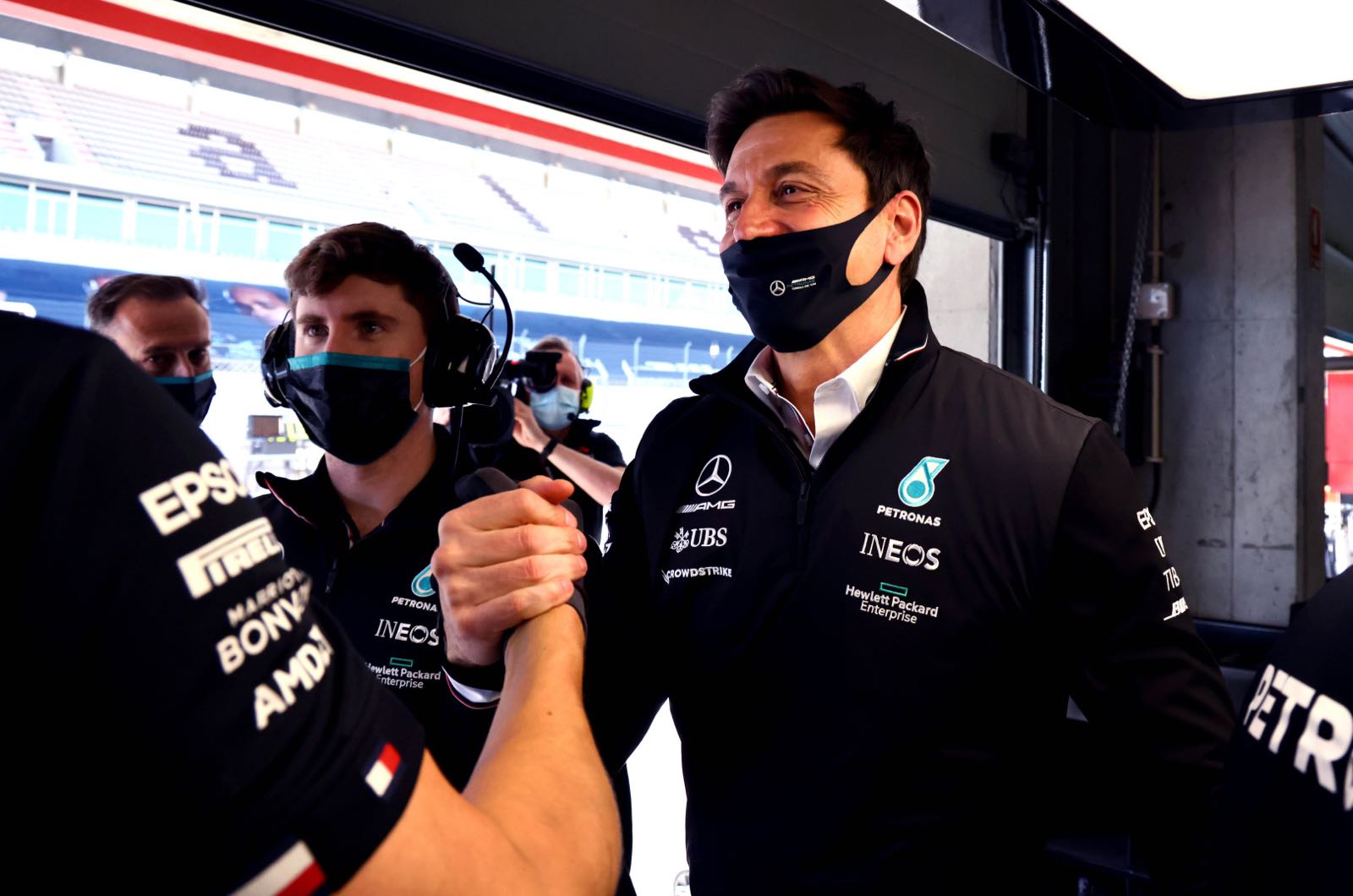 Toto Wolff says he is "happy" that news of his initial talks with Lewis Hamilton about the seven time world champion's future at Mercedes have "come out".

Hamilton, who after protracted and difficult negotiations only agreed a one-year Mercedes deal for 2021, said at Portimao that he decided to do the Pirelli tyre test last week because he wants to stay in Formula 1 in 2022.

The 36-year-old British driver also said: "It's great that the team is becoming more inclusive and diverse, so if I continue to race, I will have more chance to influence the situation than if I left."

Although team boss Wolff pointed out that formal contract talks are yet to begin, he is happy that the issue of Hamilton's future is now being discussed.

"What we have already discussed privately has come out and I'm happy about that," he is quoted by Sky Deutschland.

"Lewis has been with us for a long time, and as long as we can give him a competitive car, I see no reason why we should not continue our cooperation."

When asked more specifically if Hamilton will be at Mercedes in 2022, Wolff added: "There is no reason why not. It's the best place for him.

"I think we are in a very good place," the Austrian added. "Our relationship is growing stronger every year and it's about time to really give it a little nudge and start to speak and this is what we are going to do soon."

The more contentious issue may actually be the identity of Hamilton's 2022 teammate, as it appears to be a straight fight between the incumbent Valtteri Bottas and Mercedes junior and current Williams driver George Russell.

"I hope one day to wake up in the morning and it becomes clear," Wolff said.

"I think we need to get into the season, see how the races unfold and then it will be a judgement call. That's the response I have for you at the moment."