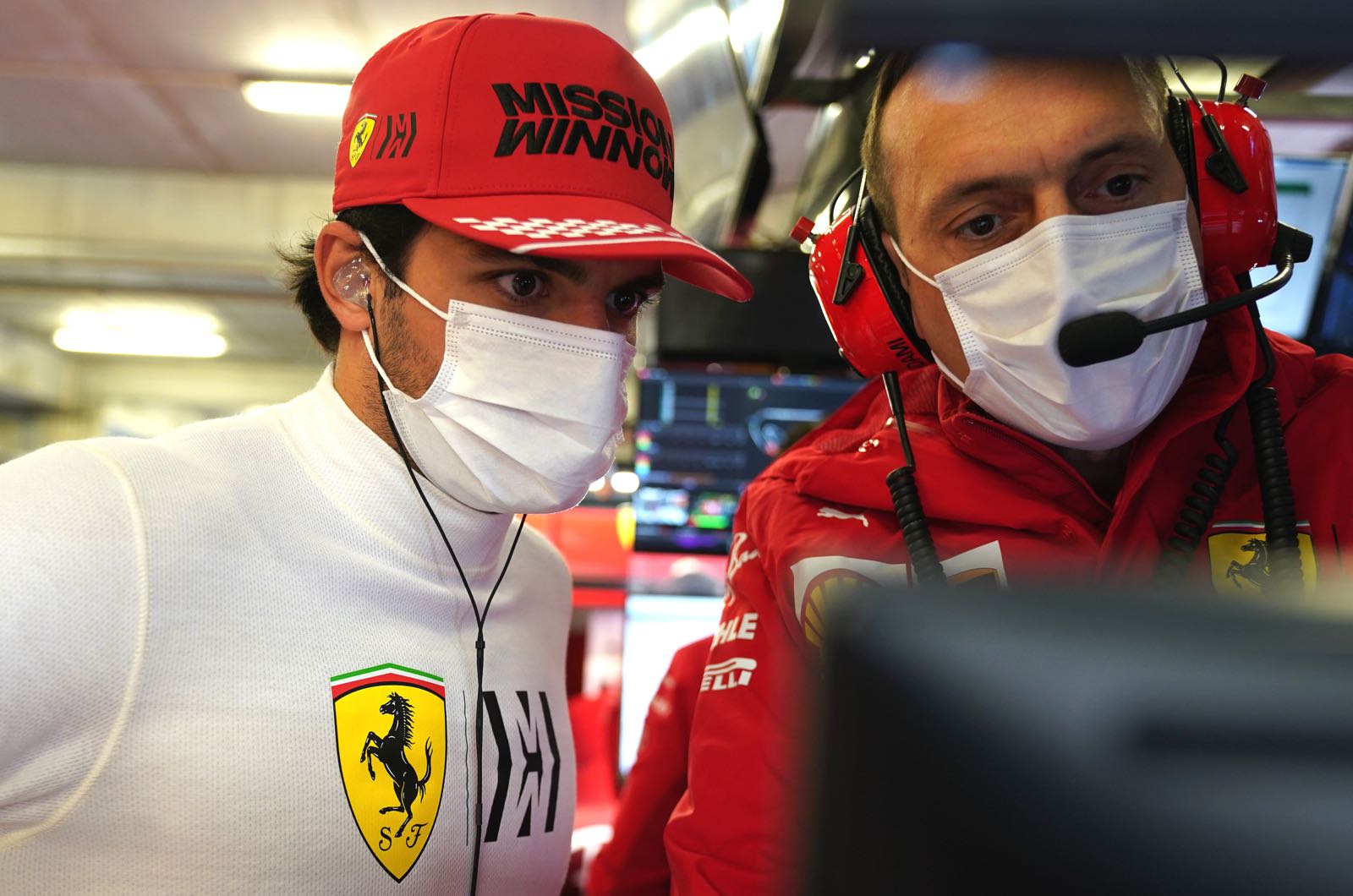 Mattia Binotto says he is "very happy" with the way Carlos Sainz is progressing at Ferrari.

At the same time, the Maranello team's boss said Charles Leclerc was "too aggressive" in qualifying at Portimao.

Spaniard Sainz has been taking some time to adjust to his new car after switching from McLaren to replace Sebastian Vettel, but he managed to out-qualify his highly-rated teammate at his third race weekend in red.

"Every time the races go by I feel better," said the 26-year-old driver. "This weekend I have found a couple of things in the driving and the setup that have helped me to be a little faster.

"It is normal that as the season progresses you make mistakes, change direction and see what works for you. Experience," added Sainz, who is fifth on the grid at Portimao - three places ahead of Leclerc.

Boss Binotto told Sky Italia: "Leclerc did not do his best qualifying."

However, the Italian is more than happy with Sainz's progress.

"Carlos is improving - he is just over two tenths from Perez," said Binotto. "We are the best of those who are chasing so we want to position ourselves there and stay in front of McLaren.

"I have to say I am very happy with how Carlos is behaving, with how he is driving," he continued. "He is really proving his worth with facts.

"Charles made a mistake because he exaggerated - he was too aggressive. Sainz, on the other hand, was able to manage things very well," Binotto said after qualifying.

"We knew with the soft tyre it could be difficult, but he put together a good lap.

"Having a second driver who is capable of placing himself in front of his teammate in situations like this is a great guarantee for Ferrari," Binotto said.