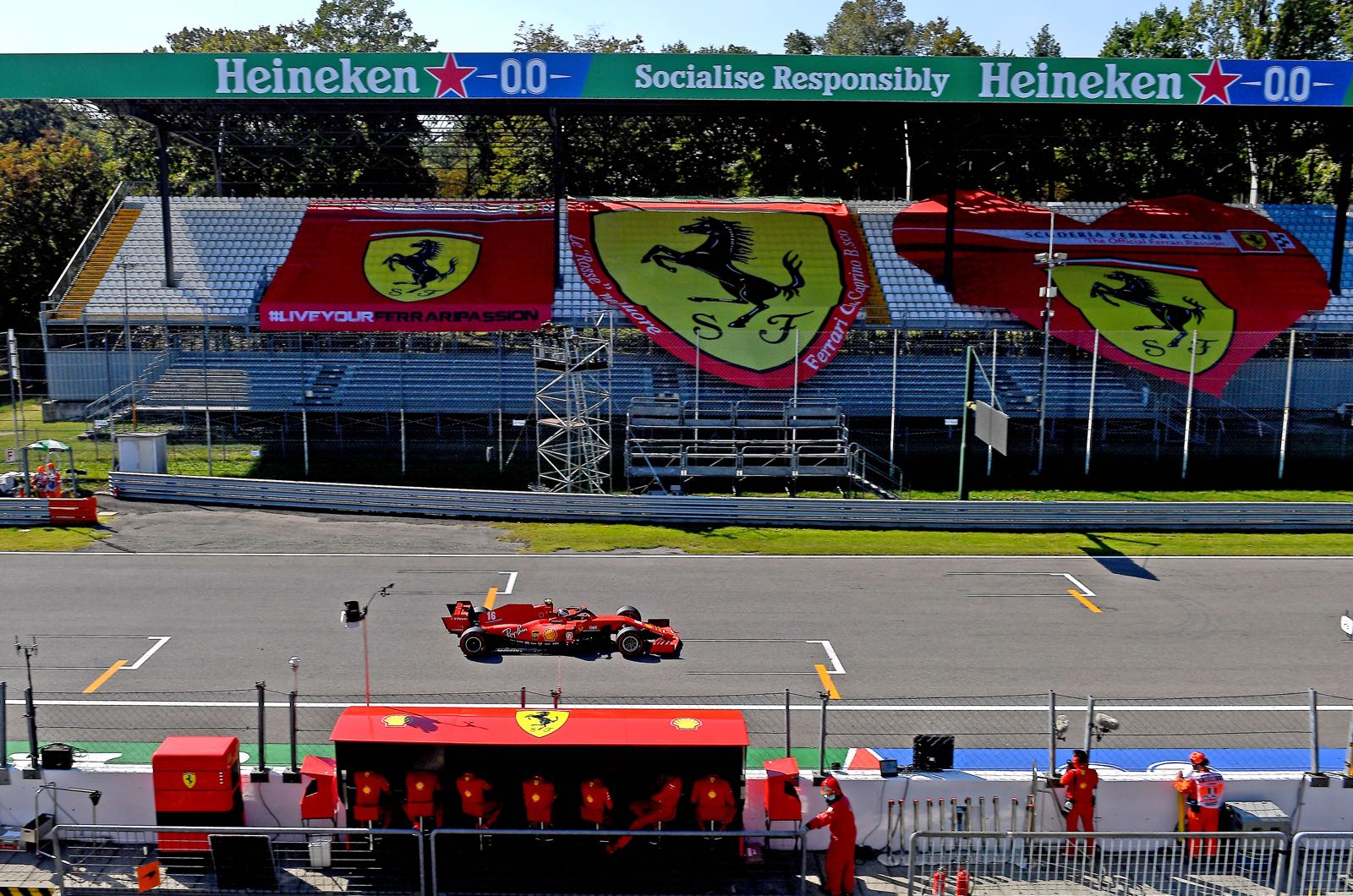 "I don't know what happens next," the quadruple world champion, who so far this year has grappled with a highly-uncompetitive car after being told he was not wanted for 2021, said at Monza.

On Sunday at the fabled Italian circuit, he retired with brake failure.

"I keep thinking 'It can't get any worse'. But apparently it does," said Vettel, whose next career step is currently unclear.

"The fun factor is definitely not at its peak right now. On Tuesday I will be in the simulator for the first time, at least that should hold up," the German smiled.

But while earlier visibly upset with the situation at Maranello, Vettel now seems more at peace with his ousting.

"Naturally I'm not quite as involved as I was before," the 33-year-old told ORF.

"I'm trying to do my job until the end of the year, which is of course not so easy when things are not going well.

"I wouldn't say it's frustrating, but it just sucks. I have no choice but to try to keep going somehow. This year will remain difficult and next year will no longer affect me.

"The team has chosen a different direction than me."

Some experts even believe it will take a full decade for Ferrari to get back to the front of the field.

"I wouldn't say that," former Ferrari driver Gerhard Berger told AvD Motorsport Magazin. "But I think Ferrari fell into the wishful thinking again of wanting to win the championship as Italians.

"But success would have gone Italy's way anyway, because Ferrari is so Italian. But for a team you have to get the best from all around the world.

"In my time we went through a lot of dry spells," said Berger, who had two separate stints in red in the 80s and again in the 90s.

"They were maybe not as extreme as now, but they were also difficult. But you can only move forward with hard work put in over the years.

"Ferrari did that, but now they have quite a crash. Combined with Vettel's exit, it's a difficult time. You can see that with Sebastian."

However, Berger disagrees that Ferrari's deep slump will last a decade.

"Maybe not ten years, but three for sure," said the Austrian.