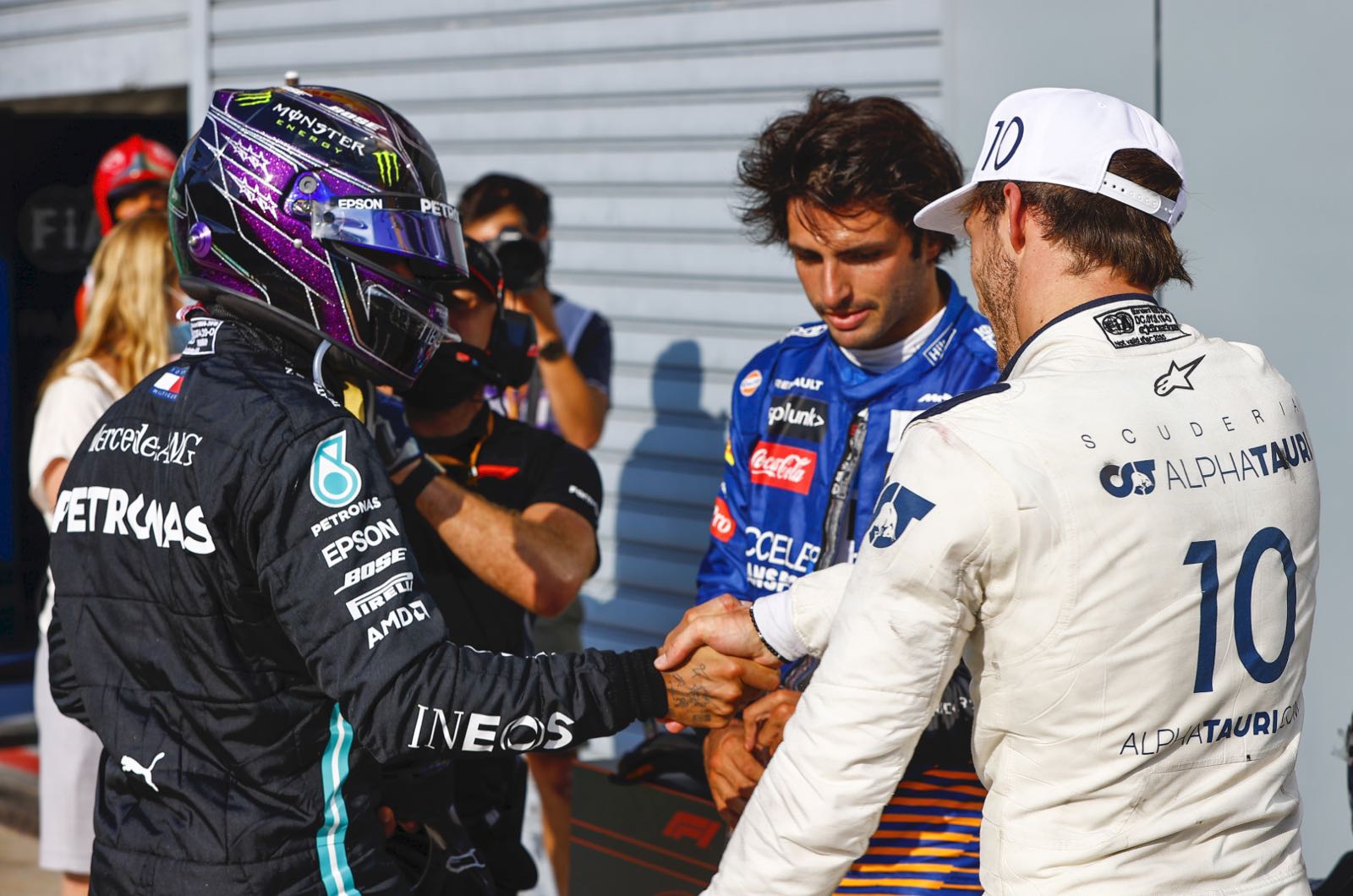 Frenchman Gasly emerged from the unusual Italian GP - in which top teams Mercedes, Red Bull and Ferrari struck trouble and turmoil - to declare that he is "ready" to return to the team that demoted him in mid 2019.

"I think I'm ready but as I said, it's not up to me to make that call," Gasly said on Sunday.

"When I get the right tools in my hand I'm really happy with the performance we've shown. I guess the strong results should be rewarded with something but we will see what happens."

For now, Red Bull is supporting Gasly's successor, Alex Albon. Some believe his Thai nationality is a commercial plus for the partly Thai-owned energy drink company.

"I'm not sure he was treated fairly by Red Bull," said the six-time world champion. "I don't think it was easy for him as a driver.

"It's not easy to regain confidence in another team, so I'm really impressed. He deserves this success and that should take him further.

"I think beating the team that demoted him must hurt them," Hamilton, who earlier at Monza suggested Max Verstappen needs a better teammate, added.

After winning on Sunday, Gasly admitted that he had turned the "negative energy" of his demotion to Alpha Tauri last year "into something positive".

"Deep inside me, I knew what happened made me feel hurt and I didn't feel it was fair and I really wanted to make a clear point in that moment," he said.

Gasly's current boss Franz Tost, however, is not expecting to lose the 24-year-old again to the senior Red Bull team.

"If they take him away from us, it will mean that our team is working well," he said. "But at the moment I am quite optimistic and I think that Pierre will stay with us."

Tost admitted that the events of 2019 had been hard on Gasly.

"I said to him 'Pierre, we are part of a wonderful sport, but it also has its downsides'. It was cruel to him. But he had to put up with it and he did a very good job."