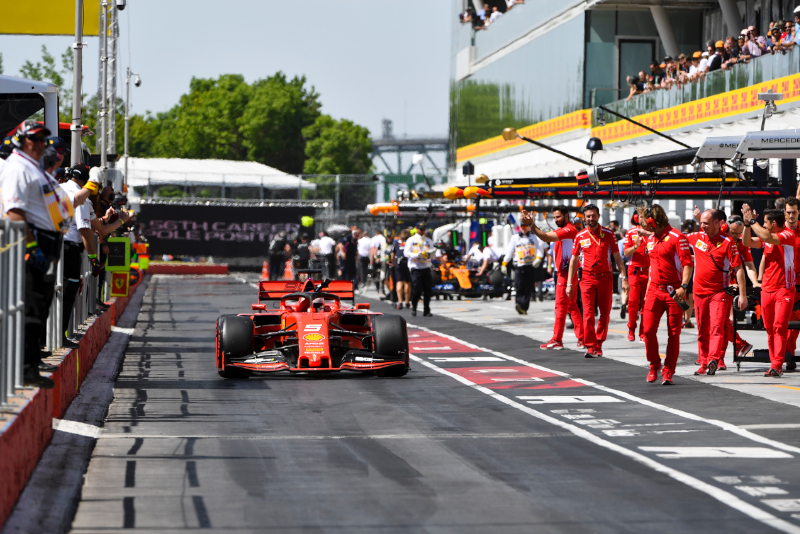 Serious doubts are beginning to emerge about Sebastian Vettel's future in F1.

His friend Bernie Ecclestone recently said Vettel does not want F1 to affect the "balance" of his family life.

As he was getting married in a short registry office ceremony, Ferrari was preparing its push for a 'review' of the stewards penalty in Montreal that cost him the race win.

"What should we do now? Retire. At least I wouldn't be in any trouble anymore," international reports quote the 31-year-old as saying at Paul Ricard.

He was joking, but it is clear that all is not well with Vettel. He qualified seventh at Paul Ricard, four places behind his teammate Charles Leclerc.

There was even a tetchy radio exchange involving Leclerc, with Vettel saying: "I'm not trying to kill him so don't worry."

Some think the world of F1 could be witnessing quadruple world champion Vettel's final season on the grid.

"If Lewis Hamilton stays motivated, he still has another four or five seasons ahead of him," Kolner Express newspaper wrote. "Unlike Vettel."

Italy's Corriere della Sera added: "The German is no longer hiding his discomfort about the repeated difficulties facing him.

"Rumours of his F1 farewell at the end of the season are increasing."

Vettel's former Red Bull bosses think the pressure is showing on the German.

"With us, Sebastian was like a metronome when he was in the lead of a grand prix," said Christian Horner.

"He obviously looks a lot more under pressure these days, as he carries the hopes of Ferrari in a pressure-cooker environment."

Dr Helmut Marko agrees: "Sebastian has to fight against Mercedes with blunt weapons, and deal with things in his own team that are anything but pleasing."