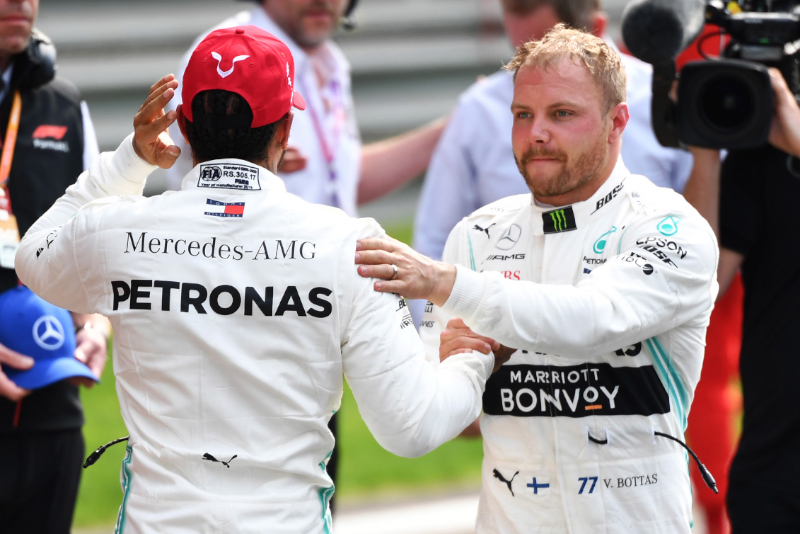 Ferrari's Sebastian Vettel could not put up a challenge to the dominant Mercedes cars in qualifying at Paul Ricard, but Hamilton hopes Charles Leclerc - third - can be fast on Sunday.

"I'm looking forward to a race with this one," Hamilton, standing next to the young Moanco-born driver, said on Saturday.

But the five time world champion still claims that Sunday's race, and more grands prix in 2019, can be fun to watch even if Ferrari continues to struggle.

"There's some races where we as a team are not being pushed necessarily as hard as we'd like to be by the others, but there's still the battle within us," he said.

"If you look at a lot of the races, it's been half-a-tenth to a tenth-and-a-half between Valtteri and I ñ- so still have my work cut out, still have to perform, still have to deliver."

Going into the French GP, social media postings by Hamilton suggested he was struggling psychologically. Some think he was upset by Ferrari's push to overturn his Canada GP victory.

"It was definitely odd coming here that Ferrari was spending time focusing on something else," he said.

"But then when I arrived I heard that it was Karun Chandhok's video that was the new evidence, and I was pretty relaxed after that," said Hamilton.