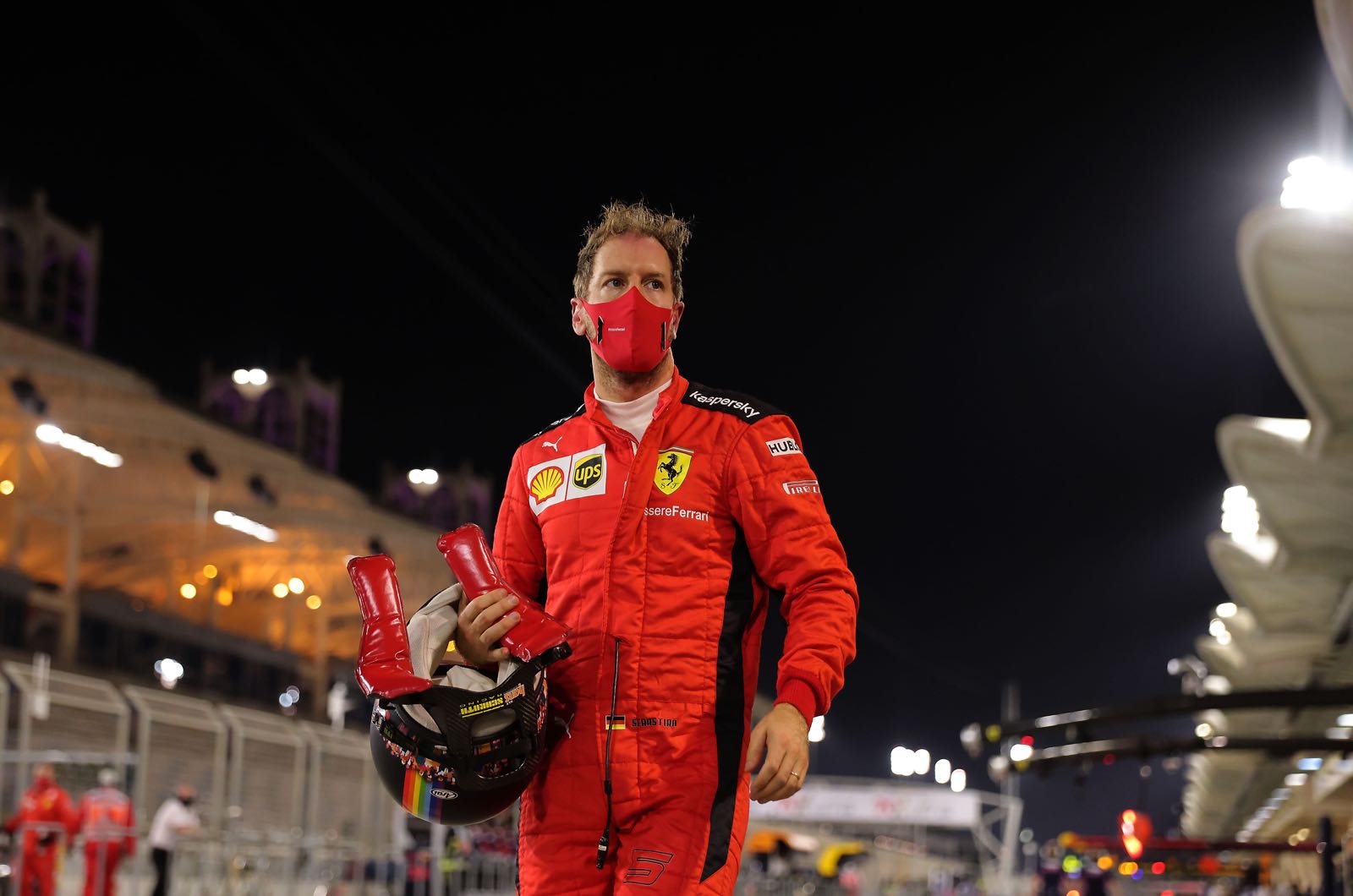 Sebastian Vettel says he is feeling "much more positive" as his six-year tenure with Ferrari comes to its end.

The quadruple world champion will leave the team after Abu Dhabi next month to join Aston Martin - but he is not expecting to win in 2021.

"Let's be honest - only those who drive a Mercedes can win," the 33-year-old German told Corriere della Sera newspaper.

"But I'm happy where I'm going, we have the potential to impress. And then in 2022 the rules will change so never say never."

Vettel has been visibly unhappy at Ferrari for some time, but more recently he has looked more competitive alongside Charles Leclerc - and happier.

When asked if the 2020 car simply did not suit his style, he answered: "That's not the problem - a driver adapts.

"Certainly my exit from the team didn't help, it was not the same situation as before. But even this experience has made me grow and now I am much more positive than four or five months ago.

"I am old enough to understand and accept decisions and have had a long time to reflect on the aftermath. I don't hold a grudge - I'm not the type for that.

"I have three more grands prix with Ferrari to do well and then I have the new challenge which I know will be fun."

Vettel said he was convinced to join Aston Martin by his next boss Otmar Szafnauer but also billionaire team owner Lawrence Stroll.

"He is a very successful man in business - he has shown that he can make the right decisions. The negotiations were direct and honest right from the start," he said.

"It is a special situation as my teammate will be his son Lance. We are all very motivated."

Vettel also revealed that he is unlikely to be followed to Aston Martin by his long-time race engineer Riccardo Adami, who also worked with the German driver at Toro Rosso.

"We have known each other forever and he is a friend, but I think Riccardo will stay at Ferrari.

"He is one of those who represents the values of Ferrari," he added. "I think Ferrari is a unique brand because there are people like him at Maranello."