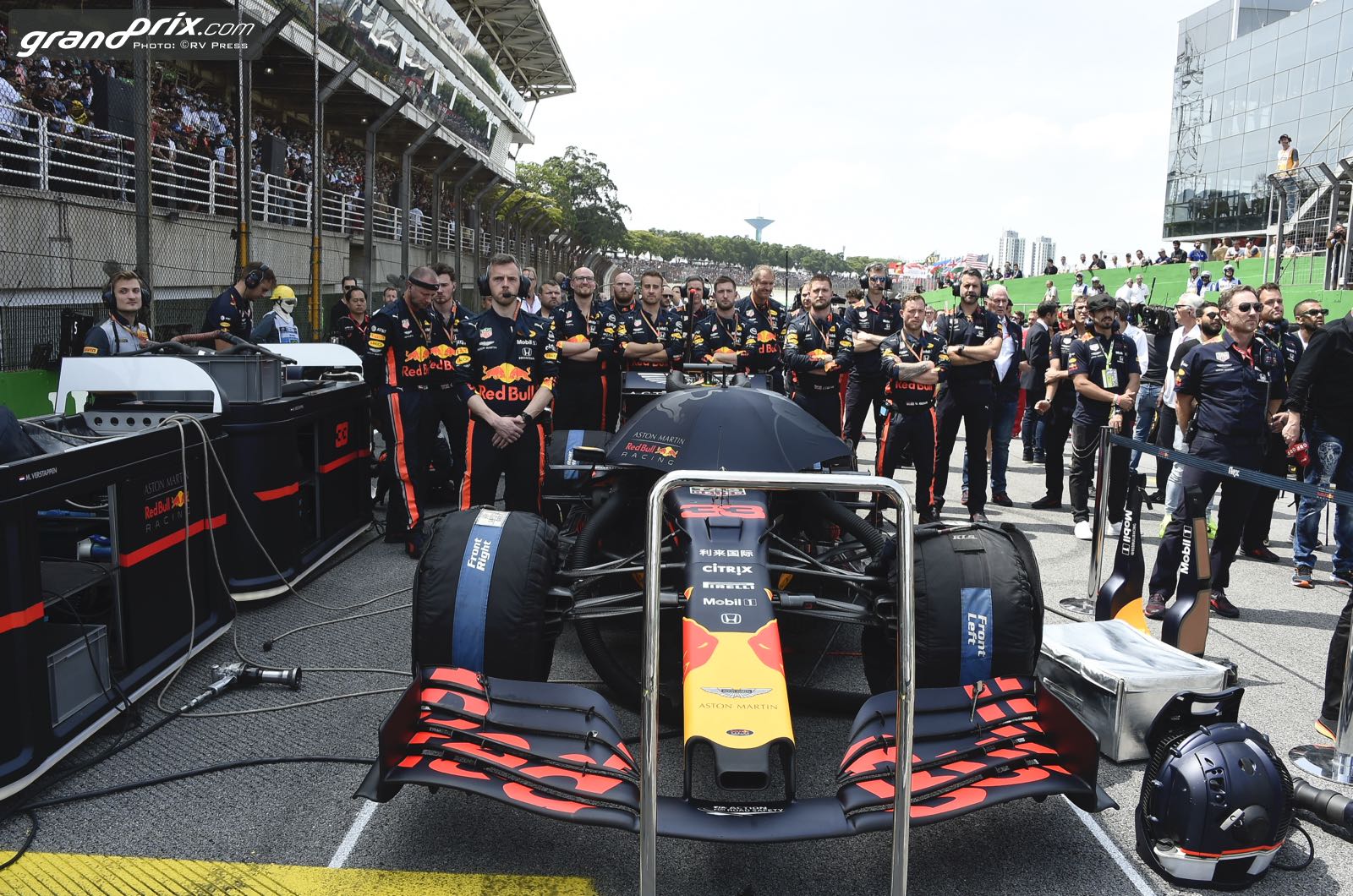 Ferrari boss Mattia Binotto has refused to echo Sebastian Vettel's words about the surprising performance of Honda's 2019 engine in Brazil.

After rivals earlier questioned the legality of Ferrari's power unit, Vettel said cheekily in Brazil that it is actually Honda's engine that is "suspicious".

And although Pierre Gasly's second place finish in the race only followed the late-race crash chaos, the Frenchman and Max Verstappen - the race winner - scored Honda's first 1-2 finish for decades.

But Ferrari boss Binotto was not pointing any fingers at Red Bull's Japanese supplier.

"I am not able to explain what they are doing, I only know how we work," he told the Italian press at Interlagos.

"Their speed was high, but to say surprising would be unfair," Binotto added.

Binotto was furious that Vettel and Charles Leclerc crashed into one another on Sunday, but he was also buoyed by the work Ferrari has done to close the gap in 2019.

"Max was a couple of tenths faster, so there is work to be done," he said after the race.

"But we have recovered a bit of the gap from the start of the season. We win when we have the fastest and most reliable car, but we are moving forward.

"We have identified our weaknesses and this gives us hope for next year. If we look at this season overall, we lost because we still need a couple of tenths."