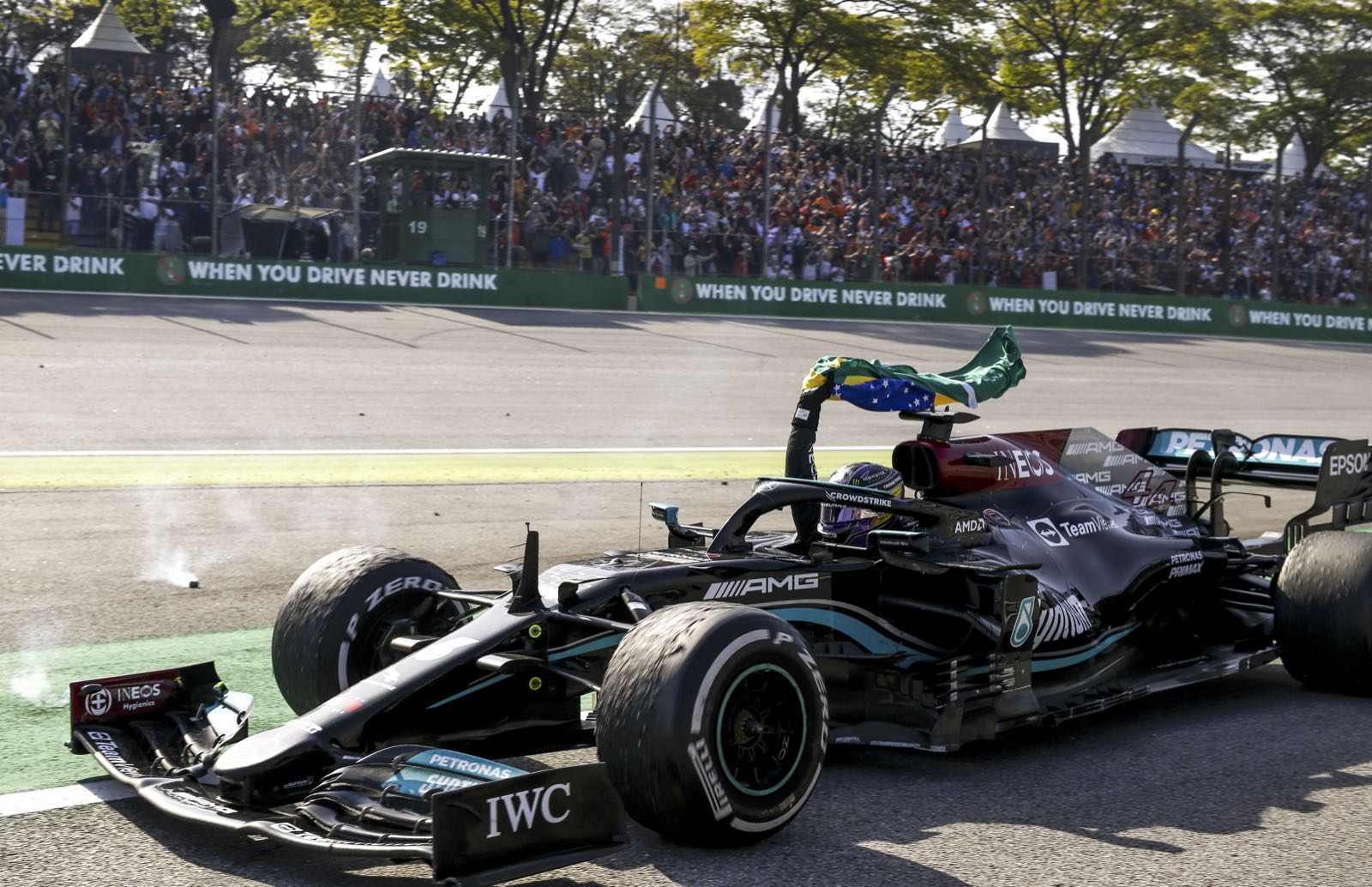 Jean Todt has defended the decision to slap Lewis Hamilton with a hefty fine after the seven time world champion undid his seatbelts whilst driving in Brazil.

The Mercedes driver unsecured his belts on the slowing-down lap after taking the chequered flag, in order to be more visible as he showed the crowd the waving Brazilian flag.

But the stewards slapped him with a EUR 25,000 fine, with all but 5,000 of that suspended until the end of next year.

Many hit out at the FIA's strictness, especially when top drivers are celebrating key moments in a battle as thrilling as the 2021 championship.

"As president of the FIA, it would be wrong to criticise the stewards that we invite," he told the French broadcaster Canal Plus.

"I have often said that I do not envy their role - I would not like to be in their place.

"But we must not forget that Lewis Hamilton and Max Verstappen are role models for millions of young people. And this applies not only to those who drive on public roads, but also to those who race.

"So if we forgive Hamilton for that, then the young driver in Formula 4 or Formula 3 or elsewhere will not understand when they are punished for violations while Lewis is not.

"Formula 1 drivers should be an example to young people," the 75-year-old, who will hand over to a new FIA president next month, insisted.

"Yes, in the heat of a battle they sometimes do what they shouldn't have done, but whoever he is, in whatever category he competes, a racing driver, just like the driver of an ordinary car, must comply with all the safety measures."