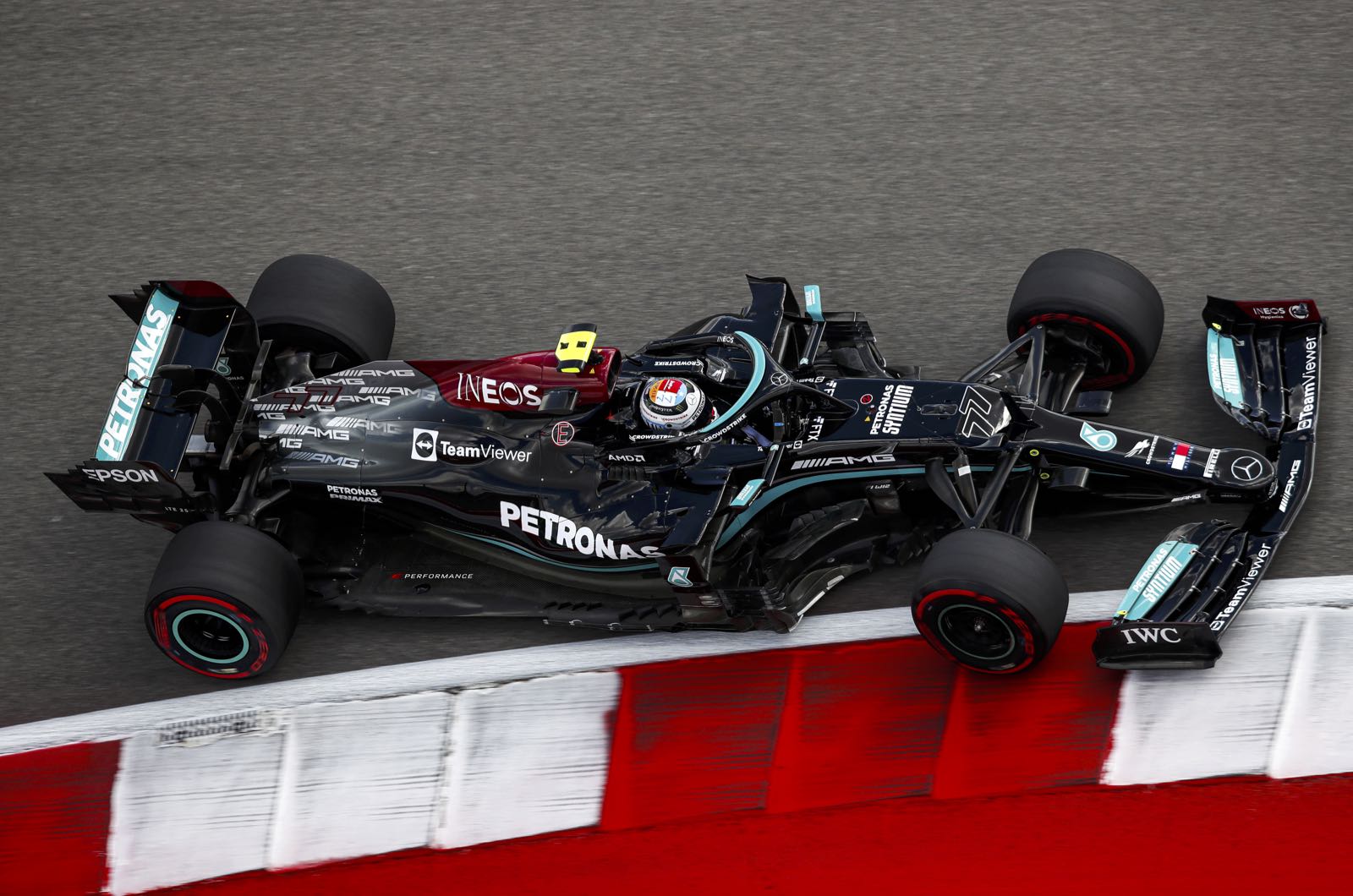 Just as the FIA rejected Mercedes' push for a retrospective penalty for Max Verstappen, Red Bull admitted it is considering a protest of its own against the reigning champions.

"If they turn up in Jeddah or Abu Dhabi with that Brazilian wing, we will protest," team boss Christian Horner warned.

He said the issue isn't as bad so far in Qatar, where Lewis Hamilton's straightline advantage with his controversial new 'rocket' engine is down from 20-plus kph to "7kph".

Red Bull is also drawing the world's attention to "score marks" on the rear wing endplate of the Mercedes car, indicating it has been flexing at high speed.

"I think it is within what is allowed and therefore that is ok," Mercedes boss Toto Wolff hit back when confronted about the odd marks.

The team's chief engineer Andy Shovlin added: "We looked and there are no marks, so we don't really understand what this is about."

Red Bull's Dr Helmut Marko, however, is not prepared to let the matter go.

"The Hamilton engine is obviously a rocket," he told Sky Deutschland, "but the story with the rear wing is not over yet.

"We hope of course that the FIA will do something, and that seems to be the case."

Horner added: "Would we protest? Absolutely.

"I think everybody could see it was not a normal situation in Brazil. It's very clear to us what has been going on."

Marko, though, is not even ruling out action being taken this weekend in Qatar.

"It's difficult to say if they have to change something already this weekend, but we will see from the results on the track," said the Austrian.