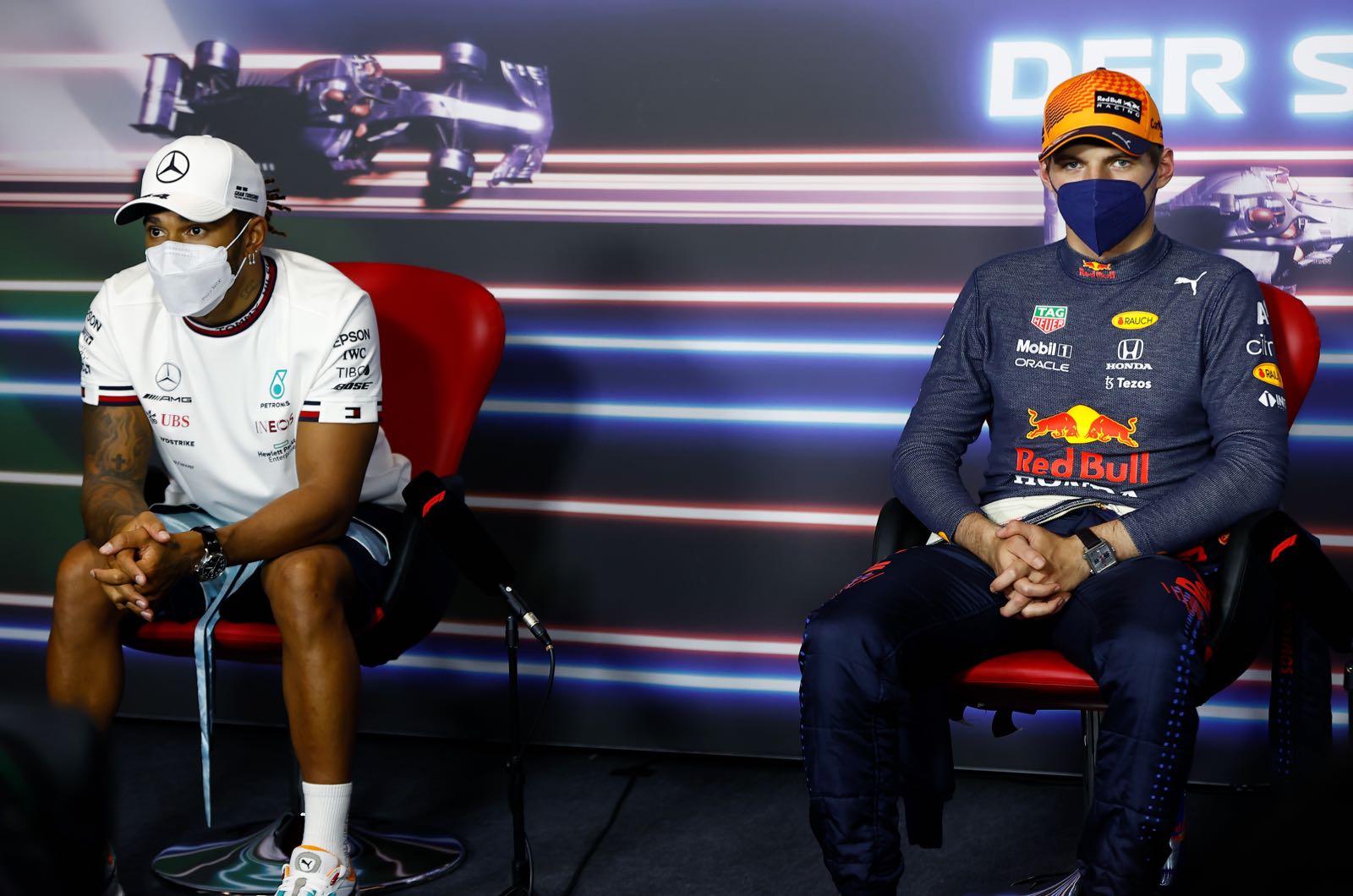 Max Verstappen has lashed out at title rival Lewis Hamilton in the wake of their Monza crash, accusing the Mercedes driver of hypocrisy and denying he feels under pressure.

Seven time world champion Hamilton kicked off his pursuit of the Red Bull driver's championship lead at Sochi by claiming Verstappen may be crumbling under the pressure of their intense title battle.

"Obviously he won't admit to it," Hamilton said. "I'm just saying I remember my first one was difficult. It was intense.

"I didn't always handle it the best."

Verstappen, just 5 points ahead of Hamilton, hit back at Hamilton's assumptions about how he is handling the pressure.

"I think if you know me even a little, you know that I am completely at ease," he is quoted in the Dutch media.

"I'm always very calm about such things. I am a very calm person and I hope I can be in the lead of the championship for a long time.

"Going to every race with a car that can win is a great feeling. The best feeling in the world, actually," Verstappen insisted.

"His (Hamilton's) comments show that he really doesn't know me. And that's fine, you don't have to. I don't need to know him well either.

"Really, I feel fine. At ease, calm, chilled. I keep getting questions about it but we are both professional enough to leave Monza behind and continue the season."

Verstappen also dismissed Hamilton's argument that he needs to learn to give in when a corner is lost.

He even rejected Hamilton and Mercedes' complaints that Verstappen failed to check on the Briton's wellbeing after the Monza shunt, which involved contact between Hamilton's helmet and the Red Bull's rear wheel.

"There are many hypocrites in the world, that's clear," said Verstappen, alluding to when Hamilton celebrated jubilantly at Silverstone when Max was in hospital.

"I walked away from the cars in Monza, but he was fine. He even tried to get away in reverse.

"A day later he was already on a plane to a gala in America. You only do that if you're ok, I guess."

Hamilton, on the other hand, responded to Verstappen and Dr Helmut Marko's suggestions that Hamilton overplayed his hand with talk of a post-Monza neck injury.

"I don't really listen to what these people say," the seven time world champion said. "I never said I was dying."

Finally, Verstappen says it is not yet decided whether he will add to his three-place grid penalty this weekend with additional penalties for an engine change.

"Nothing is decided," he insisted. "It will also depend on how strong we are on this track."