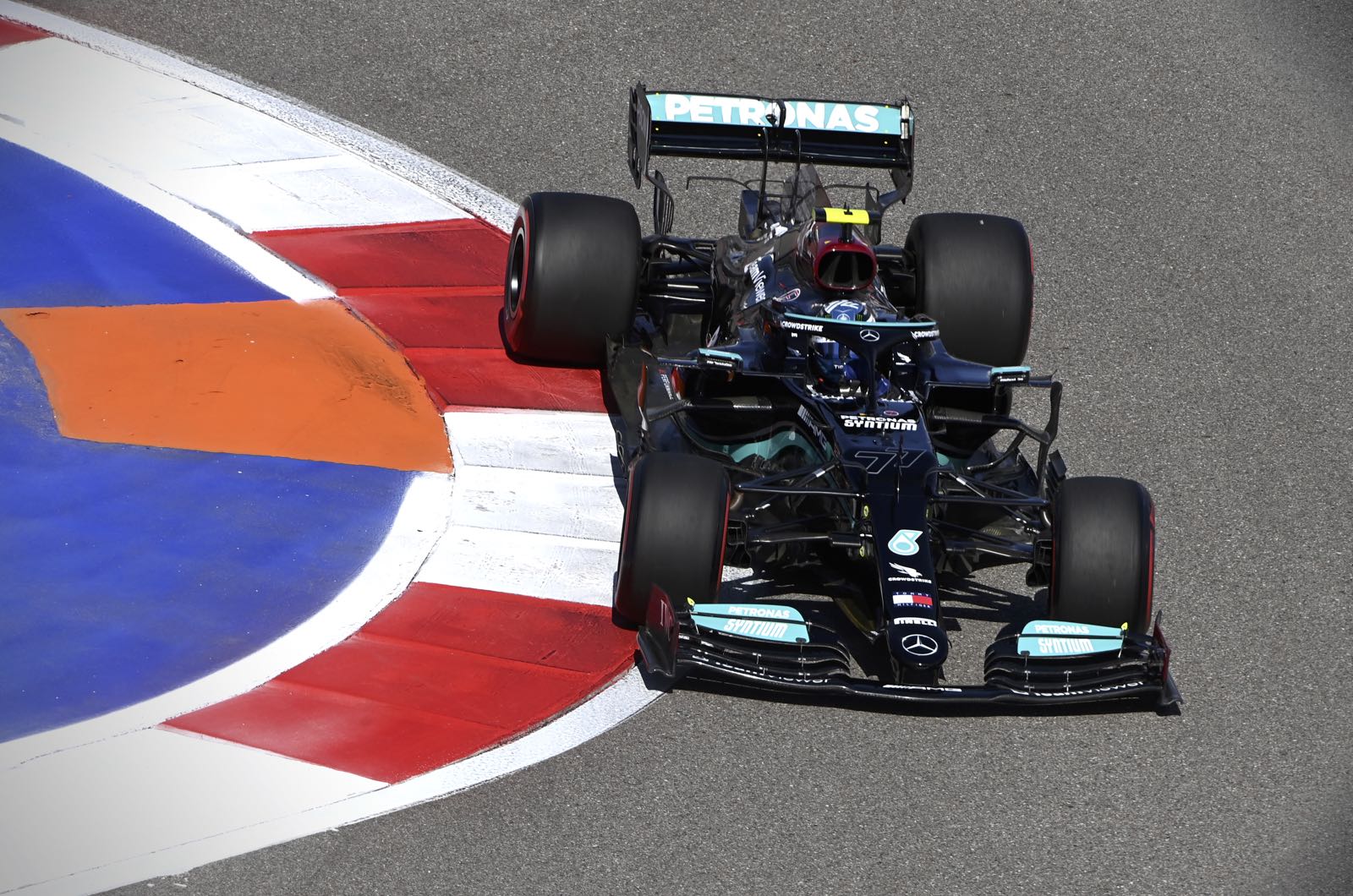 Mercedes teammates Valtteri Bottas and Lewis Hamilton finished one, two in Free Practice 1 and 2 for the Russian Grand Prix.

After missing two races due to Covid-19, Raikkonen was back in the Alfa.

With rain forecast for Saturday, the teams were anxious to get in as much dry running as possible on Friday.

First out in FP2 were veterans Vettel and Raikkonen. Leclerc, with a fresh power unit in his Ferrari, set the pace at 1:35.508. Bottas and Hamilton slotted into second and third ahead of Perez and Verstappen.

Leclerc, on the soft compound Pirellis, improved to a 1:34.925. Most of the other front runners were on the medium or hard tires.

Both Leclerc and Verstappen would start at the back of the grid because their cars had new power units.

Monza winner Ricciardo was stuck in the garage with power unit problems in his McLaren.

Fifteen minutes into FP2 Alonso jumped out front with a lap of 1:34.762. And Hamilton ran over his front jack man in the pits.

Other drivers were making their soft runs. The order was Bottas, Hamilton, Norris, Verstappen, Sainz, Alonso, Gasly, Vettel, Leclerc and Perez at the halfway mark.

Leclerc had a spin at Turn 8 but avoided the walls. Giovinazzi hit the wall in Turn 9, and the session was red flagged with 24 minutes remaining so that the debris could be cleaned up.

The session was restarted with 16 minutes remaining. And the track got busy as the drivers wanted to get in as many laps as possible in their race simulations.

The top 10 at the end of FP2 were: Bottas, Hamilton, Gasly, Norris, Ocon, Verstappen, Sainz, Alonso, Vettel and Leclerc.