Steward says Verstappen could have won in Bahrain

Steward says Verstappen could have won in Bahrain 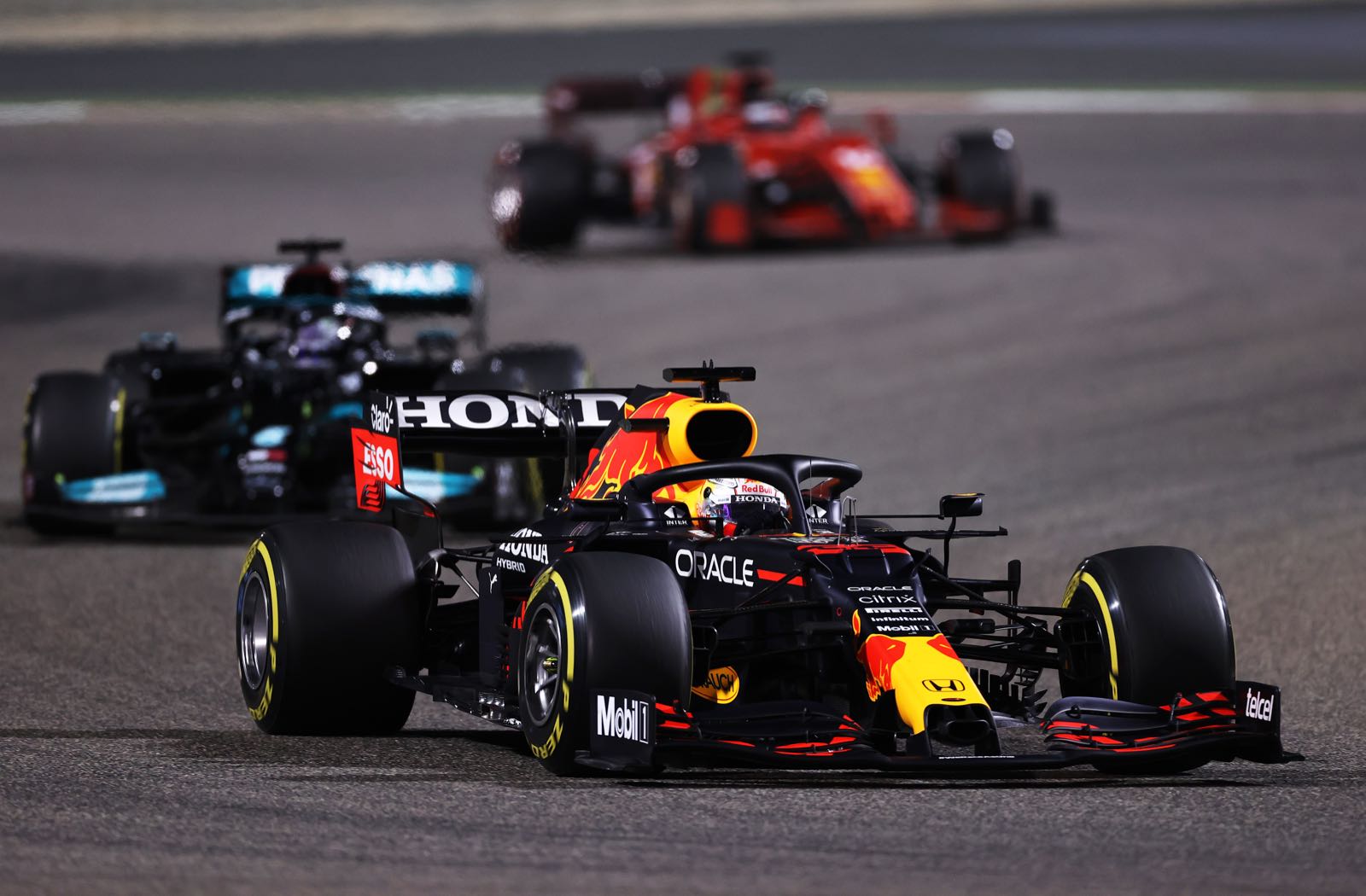 Bahrain GP steward and former F1 driver Emanuele Pirro says Max Verstappen may have won last Sunday's race if he had refused to hand back the lead to Lewis Hamilton.

The 'tracks limits' issue is back with a bang early in 2021, after Mercedes' Hamilton ran wide at turn four on 30 different occasions before being told to stop.

"Hamilton went over the track limits a bit too often, creating a repeated advantage," Pirro, who was on duty in the stewards' room last weekend, told Corriere dello Sport.

"That's why Michael Masi, the only one with the authority to talk to the teams, called Mercedes to warn them."

However, stewards had strictly deleted laps for similar infractions in qualifying, causing confusion in the Red Bull garage.

"I don't know how it got to the point where people were doing it without getting warnings," said Verstappen.

Team boss Christian Horner agreed: "It was frustrating. We questioned with race control that if that's the case, can we do it? In a nip and tuck battle, there's a two-tenths advantage using that part of the circuit.

"You can't say it's ok to use it in the race, but you can't overtake out there. It should be black or white - it shouldn't be grey," the Red Bull chief added.

Indeed, when Verstappen passed Hamilton for the lead, Masi immediately got on the radio to tell Red Bull that he would have to hand back the place.

Dr Helmut Marko says the Dutchman was happy to oblige.

"According to Max, it was the right thing to do. He was already slowing down when the message from the race director arrived," he told Servus TV.

"I have no idea what would have happened if we hadn't returned the position to Hamilton," said Marko.

However, Verstappen hinted after the race that he was actually unhappy that he gave the place back to Hamilton.

"I would rather finish first with a penalty than second in this way," he said. "That's just how I am. Not everyone has to agree with it."

FIA steward Pirro clarified that while Masi can suggest that a driver should hand a place back to avoid a potential penalty, it is not mandatory.

"A race director will never oblige anything - he can only suggest it," said the Italian. "Verstappen gave back the place and we did not have to deal with the case anymore."

But in a major blow to Red Bull, Pirro also suggested that the maximum penalty Verstappen would have been given was a five second time penalty - potentially enough for him to have kept the race win.

"If Verstappen had not returned the position, he would always have received a maximum of a five seconds penalty," Pirro confirmed.

Luigi Mazzola, the former head of Ferrari's test team, admitted he was surprised by the way Red Bull handled the critical situation.

"If I had been Red Bull, I would have thought twice about that decision and challenged it," he told Italy's Autosprint. "Given what Hamilton did during the race, I expected Red Bull to fight it harder.

"Perhaps they thought Verstappen would easily be able to get the place back."

Marko confirmed: "Hamilton was smart. He let himself be overtaken and then got the position back. As a result, Max's tyres - which were already degraded - picked up the dust and he couldn't attack him again."