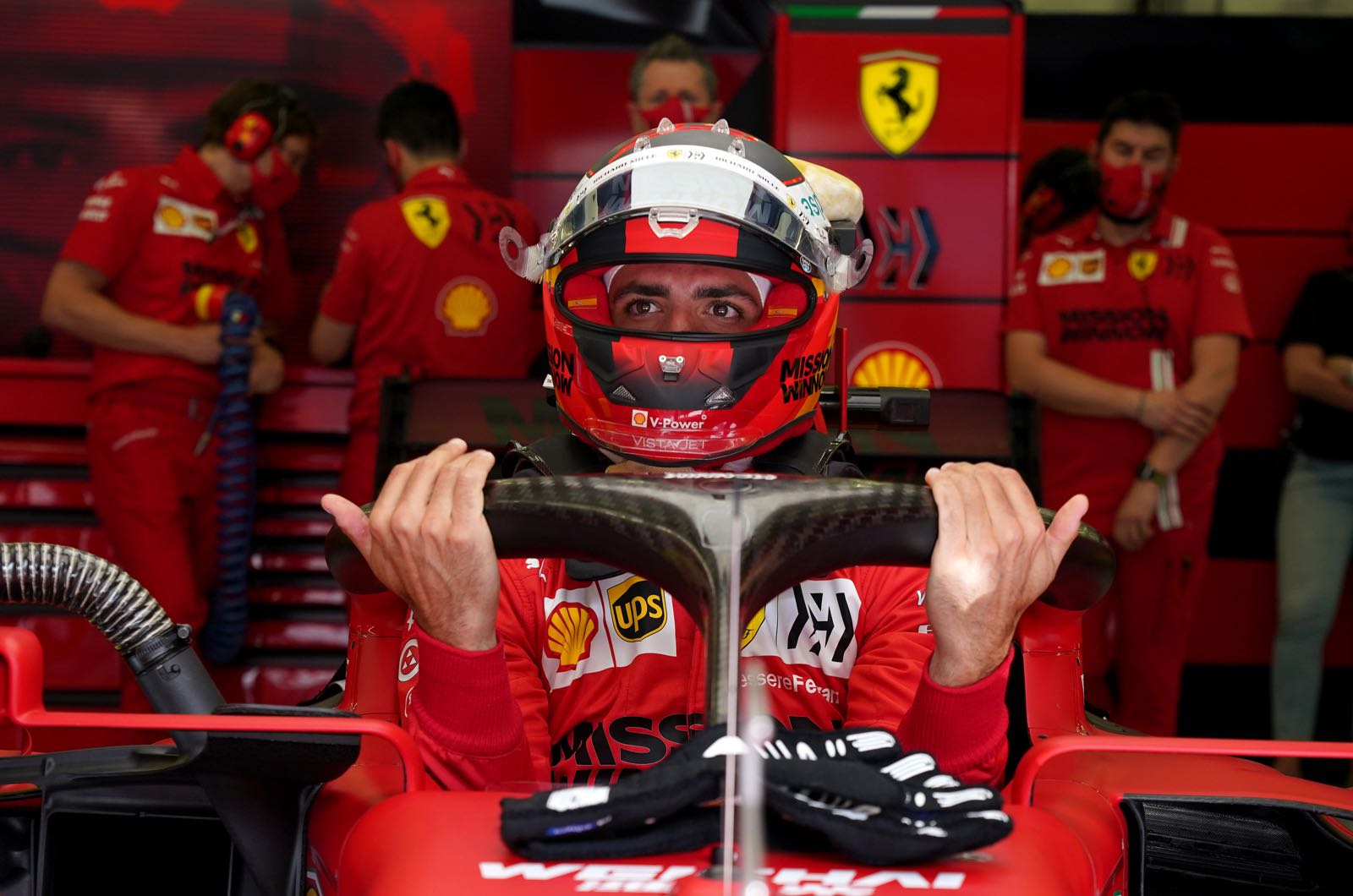 Carlos Sainz says he took a calmer than usual approach to his first race with Ferrari in Bahrain.

The Spaniard, who switched from McLaren to replace the ousted Sebastian Vettel for 2021, qualified four places behind new teammate Charles Leclerc and also finished his first grand prix wearing red in eighth place.

"In the first laps I felt the car's behaviour in turbulence and was passed by two slower cars - the Alpine and the Aston Martin," he told AS newspaper.

"But I was able to recover and I would dare to say that I had better pace than the McLarens," Sainz added.

The 26-year-old explained that he did not take his usual 'full attack' approach into his very first race in red.

"There will be time to attack at the start as in the past, but it was too important for me to complete this first race," said the former McLaren driver.

"But in the second and third stint and with cleaner air, I think I was one of the fastest. There will be the time to return to attacking, as this was never a problem for me.

"But first I have to know the car, how it behaves in the race and so on. Then I will be more aggressive," Sainz added.

He said his first impression of the 2021 Ferrari at full qualifying and race speeds is that the Maranello team has made clear progress over the winter.

"At the end of last year I remember easily overtaking Leclerc when I was at McLaren. But on Sunday at the end I was gaining about a second per lap on Ricciardo," he said.

"So there are positive signs that we are taking the next steps while also focusing on 2022."