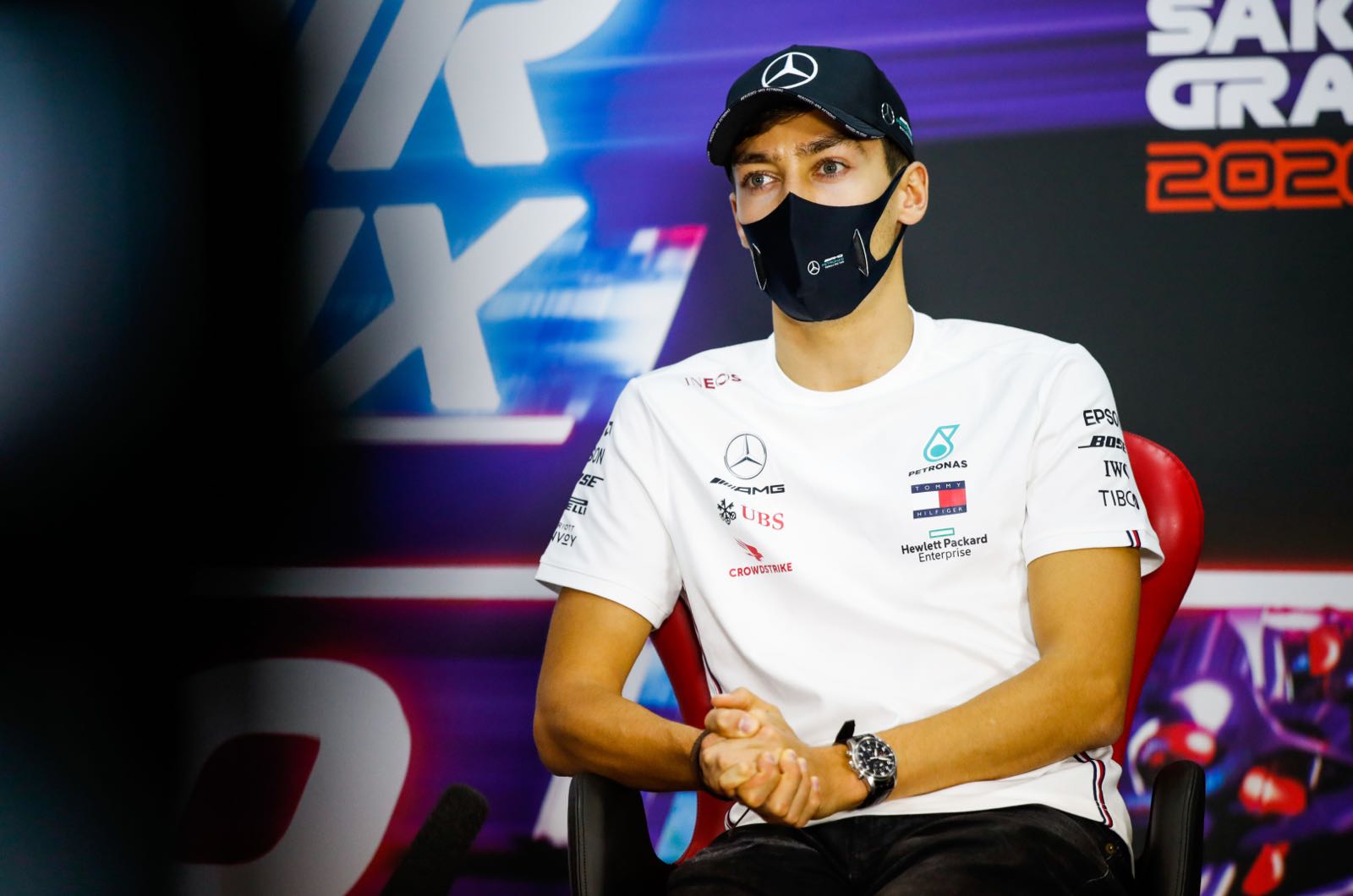 George Russell has denied slapping Valtteri Bottas' on the helmet after their high speed Imola crash.

The Williams driver, who appears to be in direct competition for the works Mercedes seat for 2022, has now apologised for lashing out at Bottas verbally and physically before the Finn had emerged from his wrecked car on Sunday.

But Russell, 23, denies giving his rival a 'slap'.

"Slap is a very strong word," he insisted. "It was nothing more than a brush. I doubt he even felt it. It was more of a 'what are you doing?'

"I'm sure maybe a footballer would have reacted in a very different way but there was nothing menacing there. It was almost like throwing your arms in the air."

Russell was also asked about boss Toto Wolff's claim that, given his status as a Mercedes development driver, he should have known better about getting into a wheel-to-wheel duel with a Mercedes.

"Well, I've never been in a position where I'm fighting against a Mercedes," he responded. "Williams hasn't been there in probably five years, so it hasn't even crossed my mind how I would fight against a Mercedes."

As for 31-year-old Bottas, the Finn has kept a low profile since the crash but he described Russell's driving as "overly aggressive".

"He has been the reserve driver here for a long time," Bottas is quoted by Bild newspaper, "but I've never worked closely with him."