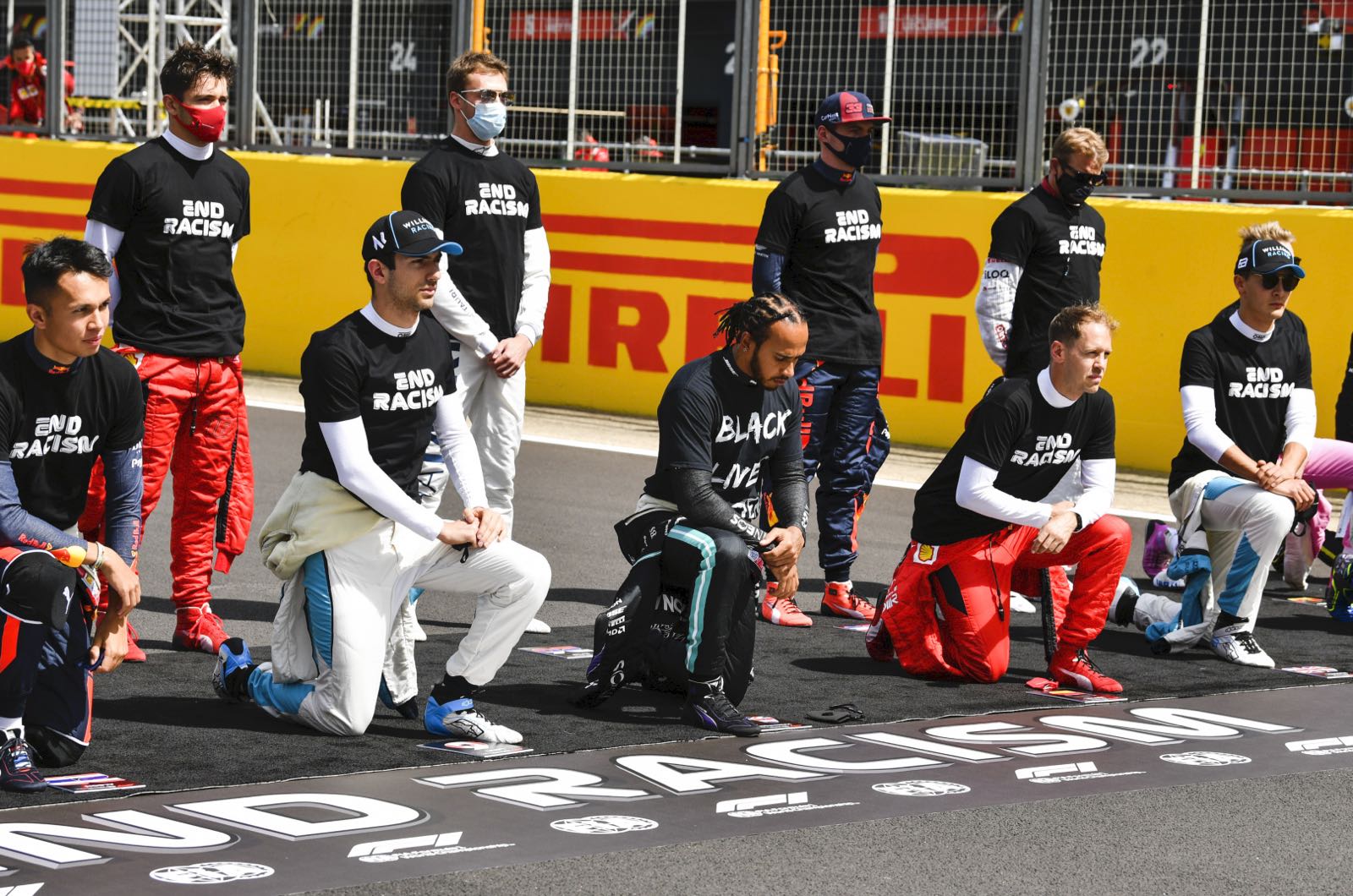 The rainbow signage, the 'End Racism' messaging, and the pre-race kneeling look set to all be a thing of the past once F1 gets up and racing in 2021.

It comes after Formula 1 announced on Wednesday that it is shaking up its 'WeRaceAsOne' strategy.

"This season, the rainbow will no longer feature alongside the WeRaceAsOne platform," F1 confirmed in a statement.

Indeed, the specific anti-racism messaging of 2020 is being replaced by three new "core pillars" in 2021 - namely: sustainability, diversity and inclusion, and community.

As for the controversial kneeling, which was led by Lewis Hamilton before each race but adopted by only 12 other drivers, that may now disappear from F1.

"We plan to include a moment before the start of each race this season to show our united support for important issues, and will be discussing this with the drivers and the teams ahead of the start of the season," Formula 1 confirmed.