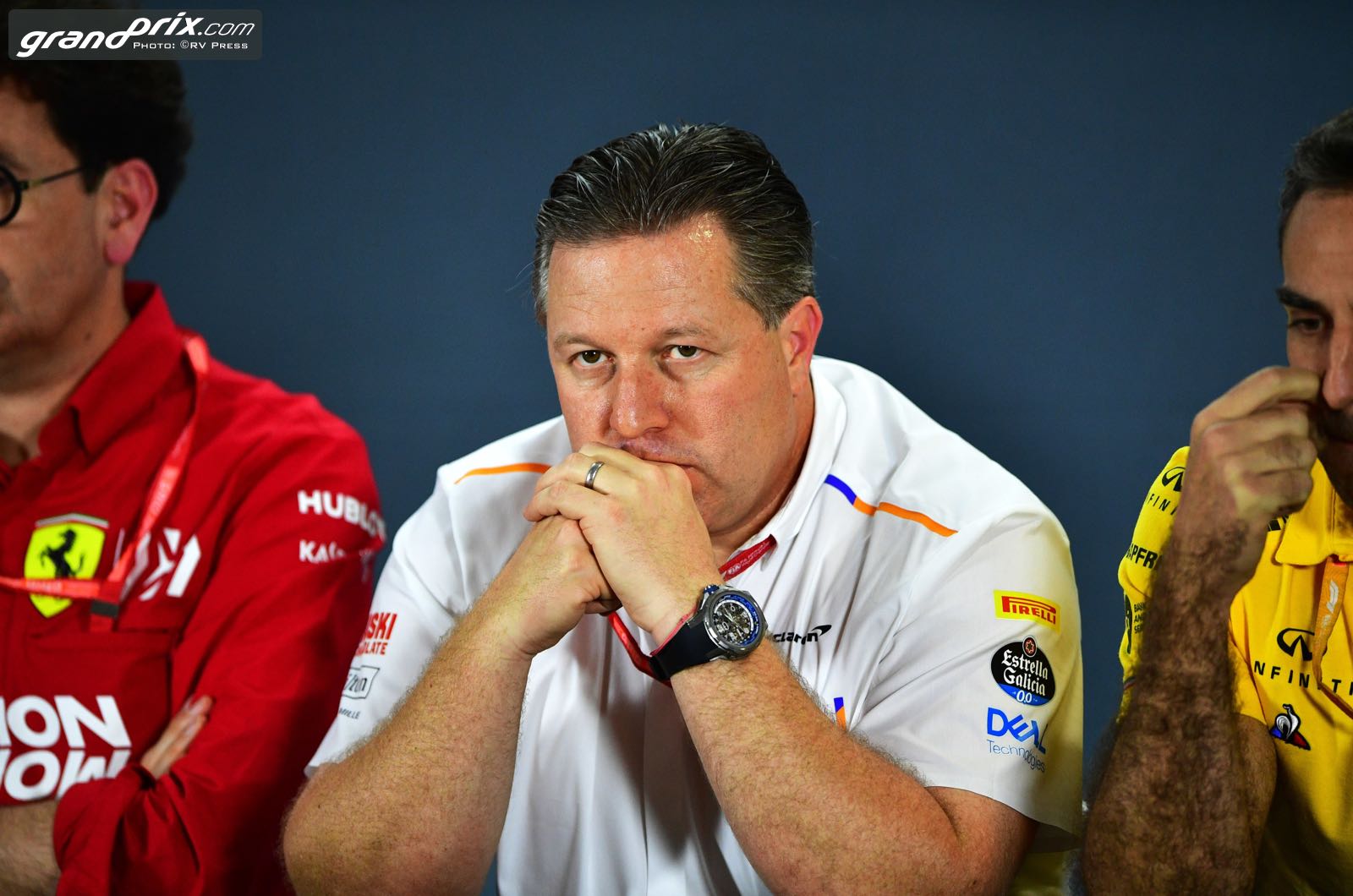 F1's engine regulations for the future remain completely up in the air, according to McLaren supremo Zak Brown.

His comments come as Formula 1 announced that it is "creating a clear path towards sustainably fuelled hybrid engines, something that will be of significant importance to not only the sport but the automotive sector".

However, Brown says even the fundamentals of the new engine rules for 2025 and beyond remain unclear.

"I think everyone is still debating (that)," he told the Chinese news agency Xinhua.

"Is it electric? Is it some form of hybrid? Is it even hydrogen? What I'm comfortable in is that F1 will continue to develop in whichever way the world goes," Brown added.

"I'm not worried about whether F1 will be out of date in ten years. F1 always moves with the times."

As for McLaren, Brown said he expects 2021 to be similar to 2020 - an intense midfield fight for third place behind the fastest two teams Mercedes and Red Bull.

"We could find ourselves closer to Mercedes, which is what we hope to accomplish, but also slipping to fifth in the championship, so it's going to be too close to call," he said.

Despite the lack of pre-season testing, McLaren is pushing ahead with its move from Renault to Mercedes power for 2021.

"Any time you're making a substantial change, you run the risk of reliability and installation (issues), and just understanding the transition," Brown said.

"Compounding that with the reduction in testing, we are excited but also nervous that we're going into the season with the least amount of time we're allowed to prepare on track. It's not ideal, but I feel we're well prepared."