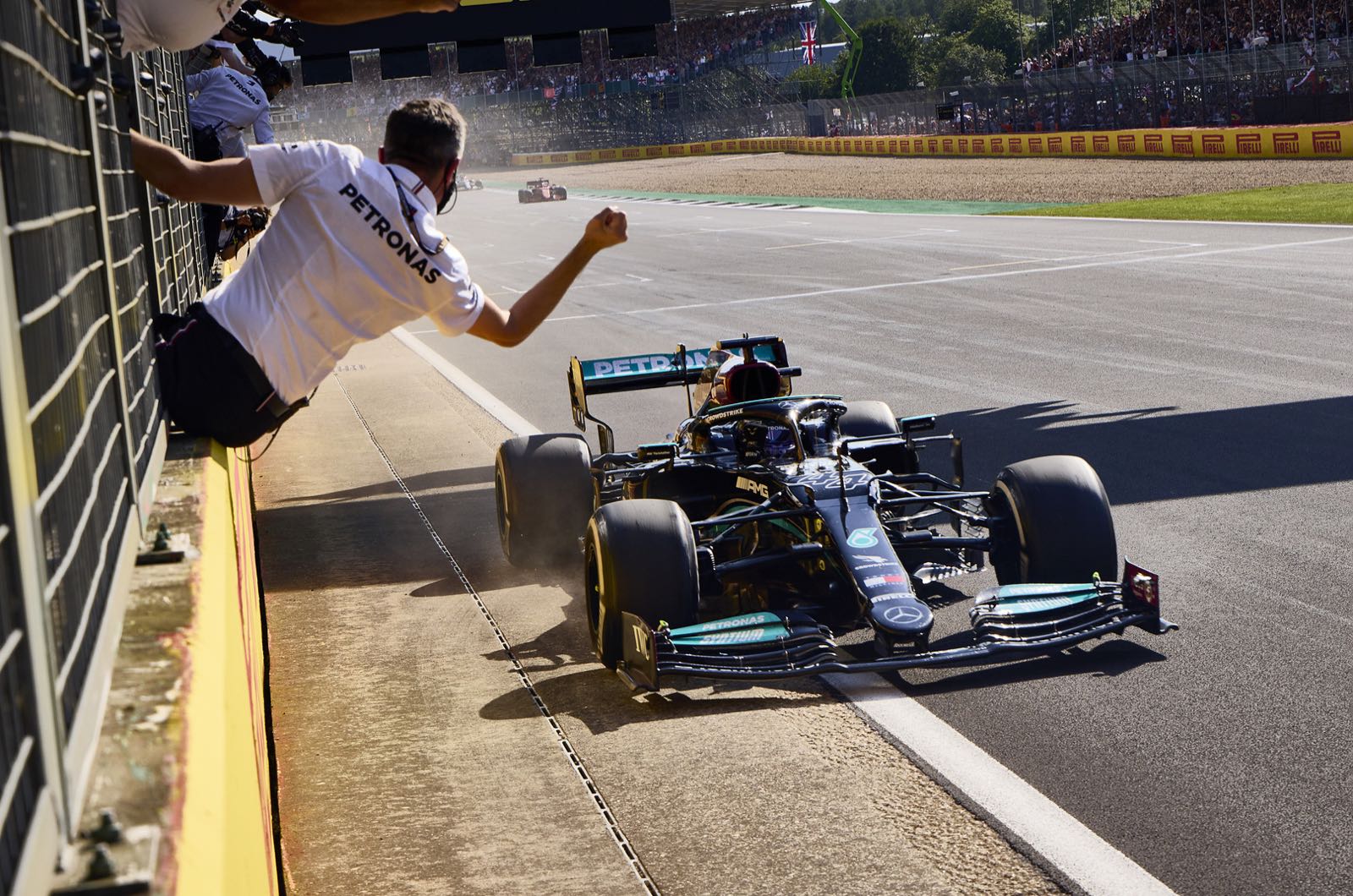 Red Bull is looking into whether to challenge the decision that enabled Lewis Hamilton to win the British GP after his collision with championship rival Max Verstappen on Sunday.

After checking out of hospital dizzy, bruised and battered but otherwise unhurt following his 51G crash, the Red Bull driver slammed Hamilton for wildly celebrating his home win.

Verstappen said he watched Hamilton's raucous celebrations on TV from hospital, which he described as "disrespectful and unsportsmanlike".

However, Hamilton reacted by calling Verstappen "very aggressive", adding that he went on to win after taking the resulting 10-second penalty "on the chin".

"I was like 'I'm not going to let anything get in the way of the crowd's enjoyment of the weekend and the national anthem and the British flag," he said.

But the bigger implications for the 2021 title battle, according to Verstappen, is that Hamilton's arguably-minor penalty "does not help us and doesn't do justice to the dangerous move Lewis made on track".

Mercedes boss Toto Wolff said he expected that Red Bull would be looking into challenging the penalty.

"They will explore everything that is available to them," he said.

"We'll see what comes out of it, but I think it's clear when you open the rulebook."

"If the competitor hits out rear wheel heavily with his front wheel, this is no longer a racing accident but negligent and dangerous behaviour," said the Red Bull official.

"So it is no longer a normal sporting penalty that applies here - you have to judge it differently. I don't know if it was a miscalculation from Hamilton but in the sporting rules there are only certain penalties that are not appropriate for this."

Max's father Jos said: "You can't do what Hamilton did, in that place. I think a 10-second penalty is really ridiculous. It was also dangerous for the public.

"As far as I'm concerned, they could have disqualified him for a race," he told Ziggo Sport.

Verstappen snr said 23-year-old Max "feels good" physically, but doctors "wanted to take a look at his brain with a scan" after he reported feeling dizzy.

"He also has a little pain in his shoulder, which is quite blue," Jos added. "He has bruises all over his body but otherwise he is fine."

As for whether Red Bull really will look into whether it can challenge the FIA's controversial penalty, team boss Christian Horner said: "We have some rights available to us, but unfortunately I think the stewards were pretty firm in their decision.

"I think it's pointless ultimately but we will discuss it and look into it. What I will say is that it's not a penalty if you win the race."

However, F1 race director Michael Masi said he backs the stewards' decision on the basis that the "consequences of the incident itself" are not taken into consideration.

"In this case, the stewards decided that Lewis bears the majority of the blame, but he wasn't solely responsible," he revealed.

"We are currently clarifying which options the rules provide for and looking at the evidence again," said the Red Bull boss.

"For us, the matter is very, very clear."

Indeed, Horner said Hamilton wildly celebrated what he thinks was a "hollow victory" - but his counterpart Wolff says the crash was just "part of racing".

"An accident like that always looks ugly," Wolff told ORF. "But Lewis was past the middle of the car so the corner was his. That's just the rule which you can read.

"There are even drawings," the Mercedes boss added.

"According to the rulebook, no punishment would have been justified. That may annoy some people, but it's just the way it is."