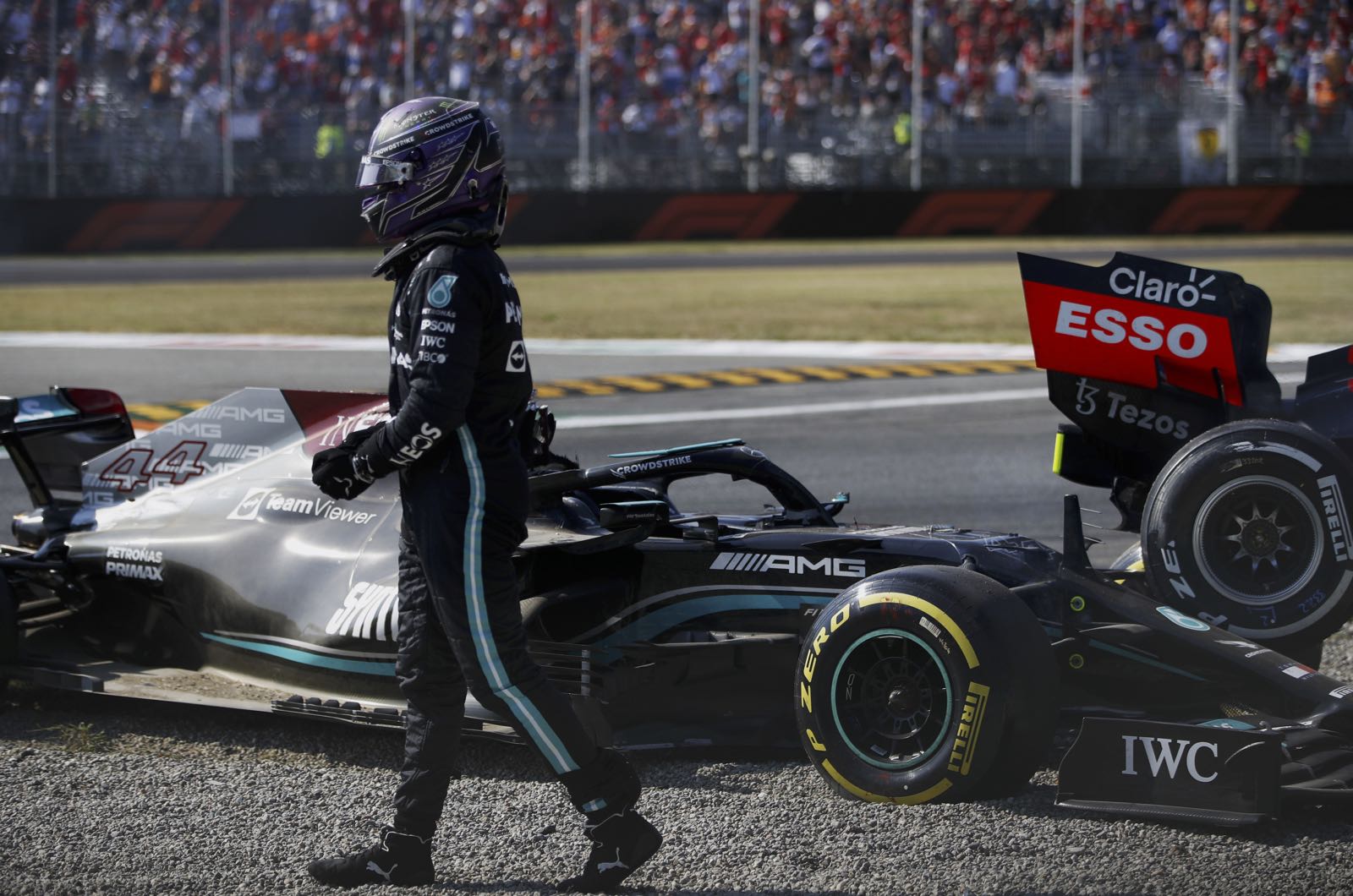 Lewis Hamilton and Mercedes were "too dramatising" in the wake of the seven time world champion's scary incident with title rival Max Verstappen at Monza.

That is the view of former F1 driver Ralf Schumacher, who nonetheless agrees that Hamilton is a "colourful" driver who "gives Formula 1 a lot".

However, Schumacher thinks the 36-year-old went over the top by suggesting he was actually injured as a result of Verstappen's Red Bull climbing over his roll-over hoop at Monza.

"I think Lewis was too dramatising of it, considering that he flew to New York the next day to attend an event," he told Sport1, referring to Hamilton's appearance on the red carpet at the Met Gala.

Schumacher also hit out at Mercedes boss Toto Wolff for always rejecting any critique of Hamilton.

"If there is any criticism at all, Toto comes right out and says 'That's not how you talk about a seven-time world champion'," Schumacher noted.