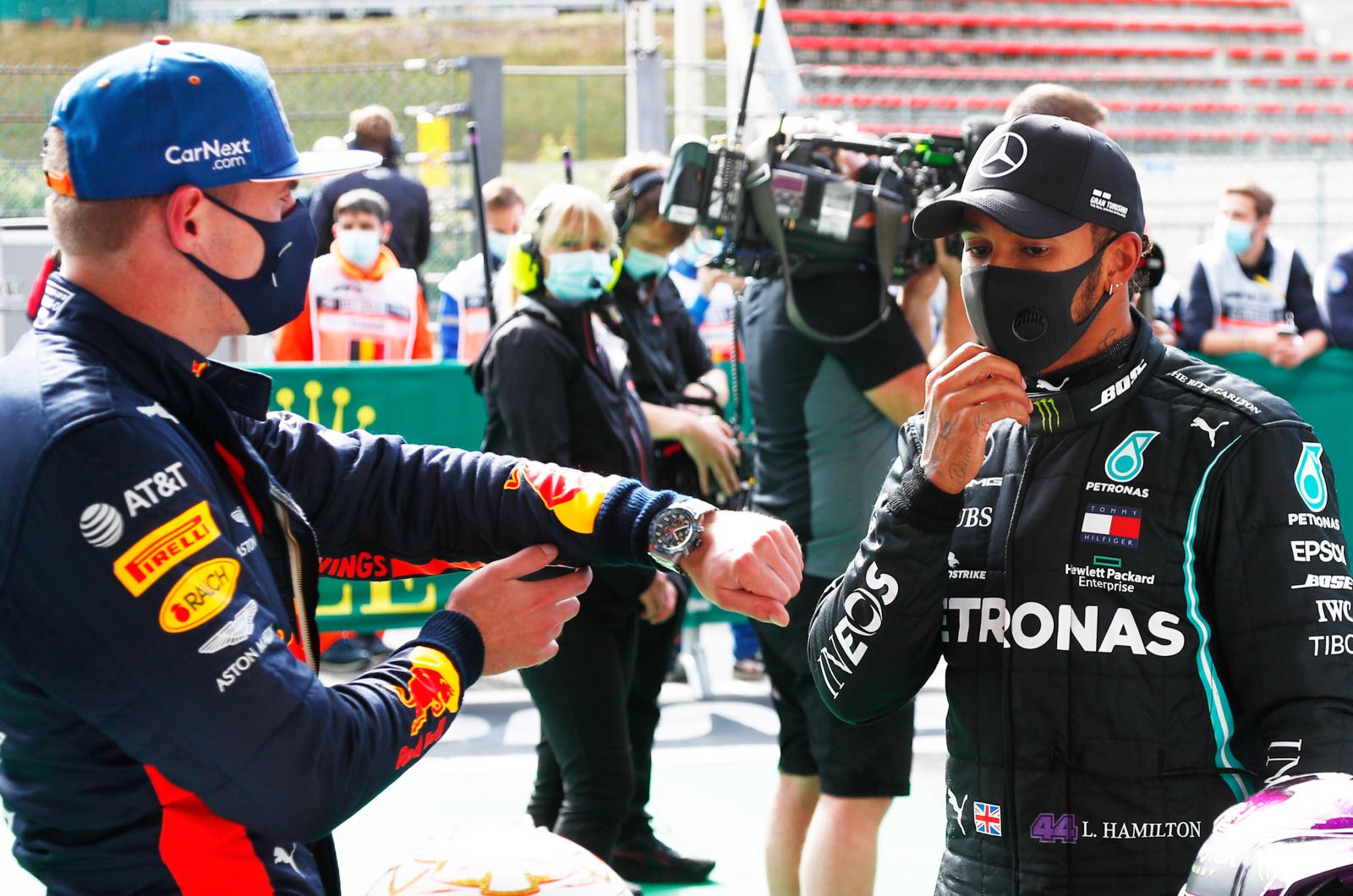 Max Verstappen says Red Bull is "doing our best" even though Mercedes is clearly dominating in 2020.

Red Bull officials insist they will not give up on charging for the title, even though the gap between Verstappen and Hamilton at Spa is half a second.

When asked what Red Bull can do about that, the Dutchman answered: "How can we fight them?

"It's difficult with such a big advantage in a season," he told Sky Italia, explaining that how the top teams manage their resources in such a situation is difficult.

"Whoever is in a situation like theirs (Mercedes) means they look to the next season and that's what they're doing," Verstappen said.

"They have made great progress on their car but also on their engine," he said, referring to Mercedes.

So when asked if he is still hopeful of winning the title, Verstappen answered: "With the coronavirus, no one can take anything for granted.

"The Perez story showed us how everything can change. I don't want to give up, but on pace and speed it's tough to beat them - you have to be realistic.

"Yes, we were hoping for more, but Mercedes did a great job and we have to accept it. We didn't do badly, but they clearly did better."

Many are surprised that Verstappen is handling his likely 2020 defeat well, but the 22-year-old simply says he has learned to be patient in F1.

"I try to do the best job with what I have available," he said.

"Of course I want to win and I would like to do it this year. But you also have to accept the position you are in, otherwise I don't think you can be happy in this sport. There would be too much frustration."