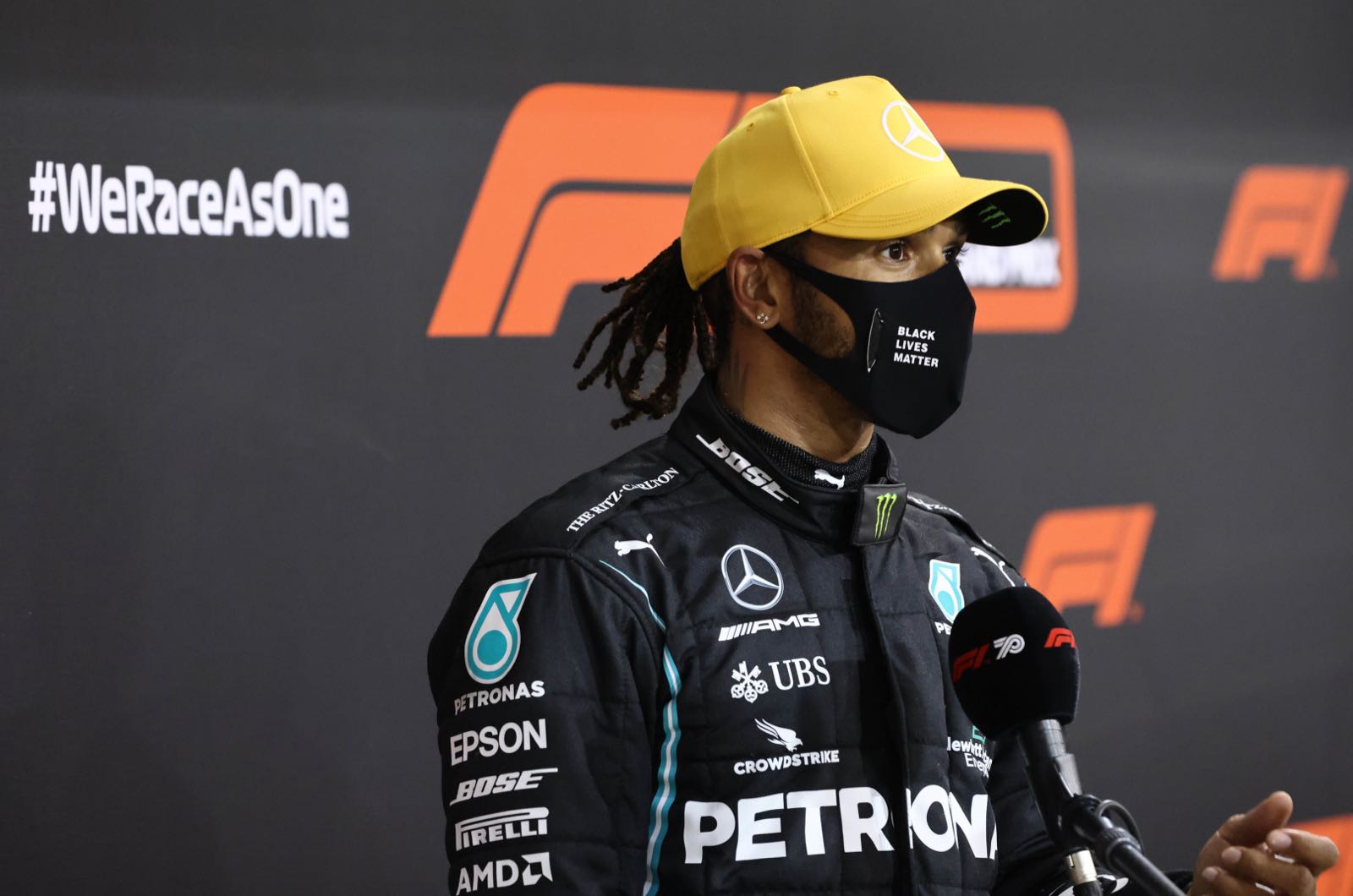 Tension may be brewing between Lewis Hamilton and the young driver who may replace him at Mercedes for 2021.

Seven time champion Hamilton on Thursday hit back at the theory that his mere one-year contract could mean he will vacate his seat at the end of the season.

"The one-year contract, which is what I wanted, doesn't mean I'm tired. I don't run away when the going gets tough," the 36-year-old said.

"I am fully committed to this sport."

"We have got regulation changes happening next year which are exciting, and this season could be the most exciting yet. We have new teams, new formats, and it is closer," Hamilton added.

"Over the next eight months or so I will find out if I am ready to stop, but I don't think I will."

Hamilton also said his decision will have "nothing to do" with whether he wins a record eighth world title this season.

This week, McLaren supremo Zak Brown admitted he thinks Mercedes will head into 2022 with an all-new driver lineup - Max Verstappen alongside George Russell.

"Red Bull is the team that gave me the chance to get into Formula 1 at a very young age," Verstappen told De Limburger newspaper in Bahrain when asked about the Mercedes rumours.

"I would like to reward that trust. At the moment I don't see any reason not to remain loyal to Red Bull Racing," he insisted.

Much more open about his Mercedes-bound ambitions is 23-year-old Russell, who so impressed when he was called up from his regular Williams seat to substitute for the ill Hamilton late last season.

Russell was asked by Kronen Zeitung newspaper if he has caught up with Hamilton since that replacement drive in Bahrain.

"We haven't spoken to each other at all since then," he revealed.

"But our relationship is good - we don't have any problems with each other. Honestly, I don't know what he could have said after the race.

"I don't know how I would have felt if someone had done a race in my Williams seat," Russell added.

Russell's relationship with Mercedes boss Toto Wolff is clearly a better one.

"My relationship with Mercedes and Toto Wolff is stronger than ever," he confirmed, according to Italy's Mediaset. "They know my situation.

"They know I want to fight for victories and the championship. They saw what I can do in Bahrain. So I just have to focus on myself. I don't need to stress them," the British driver said.

"In the past I tried to force things, but it's different now. I've been a Mercedes driver for six years. They are my second family and, if it is going to happen, it will happen naturally."

Russell is expecting the uncertainty about Mercedes' driver situation to be clear "by the summer break".

"I'm sure the story will have a satisfactory outcome for all the parties involved - Mercedes, Williams and the drivers," he said.

"I am getting stronger year after year and I think I am at a level where I can fight for wins and the title. But let's see. Formula 1 is an unpredictable business so it's better not to take anything for granted."