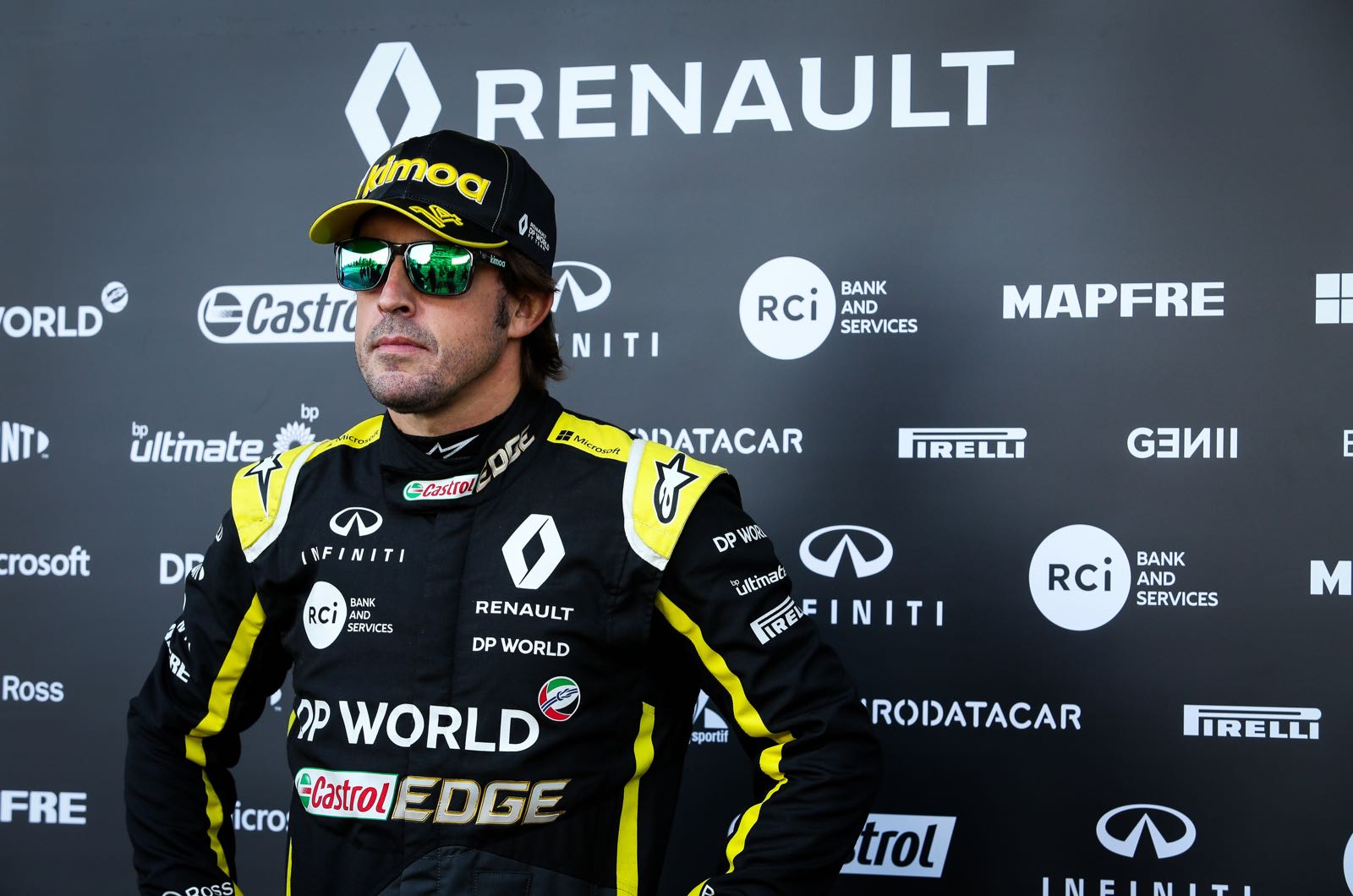 It is travel restrictions that are preventing Fernando Alonso from attending the launch of his Formula 1 car for 2021 on Tuesday.

The Spaniard, who is returning to the sport after a two-year sabbatical, broke his upper jaw and two teeth in a road cycling crash just over two weeks ago.

It had been rumoured that he was not attending the Alpine car launch this week because he is unable to speak properly in the wake of his surgery.

"The sanitary situation and corresponding regulations in place do not allow him to do any communications and marketing activities while he undertakes his critical season preparation," the Renault-owned team had explained.

However, the 39-year-old has now clarified that the only real problem is the travel restrictions between Switzerland and the UK - and he cleared up any doubts about his ability to speak by declaring it in video format on social media.

"The current restrictions between Switzerland and the UK makes things a little bit difficult to travel," Alonso said.

"But anyway I will follow it (the launch) like everyone else so it doesn't matter if I'm not there physically. I can't wait to show you the car, the new colours - I just tried on the new racing suit.

"I'm really excited, so see you soon," he added.

Many F1 fans are also excited about Alonso's return, but well-known Dutch touring car driver Tom Coronel admits he is not.

"Alonso as the sensation of the year? In your dreams," he told the Dutch publication Formule 1.

"If it happened, it would be against all the laws of nature. Once you leave Formula 1, you are finished, and he left two years ago. Today's young guys are more cunning, daring, aggressive.

"Alonso is a fighter, true, but he is almost 40. You should dream at night with your eyes closed," he added.