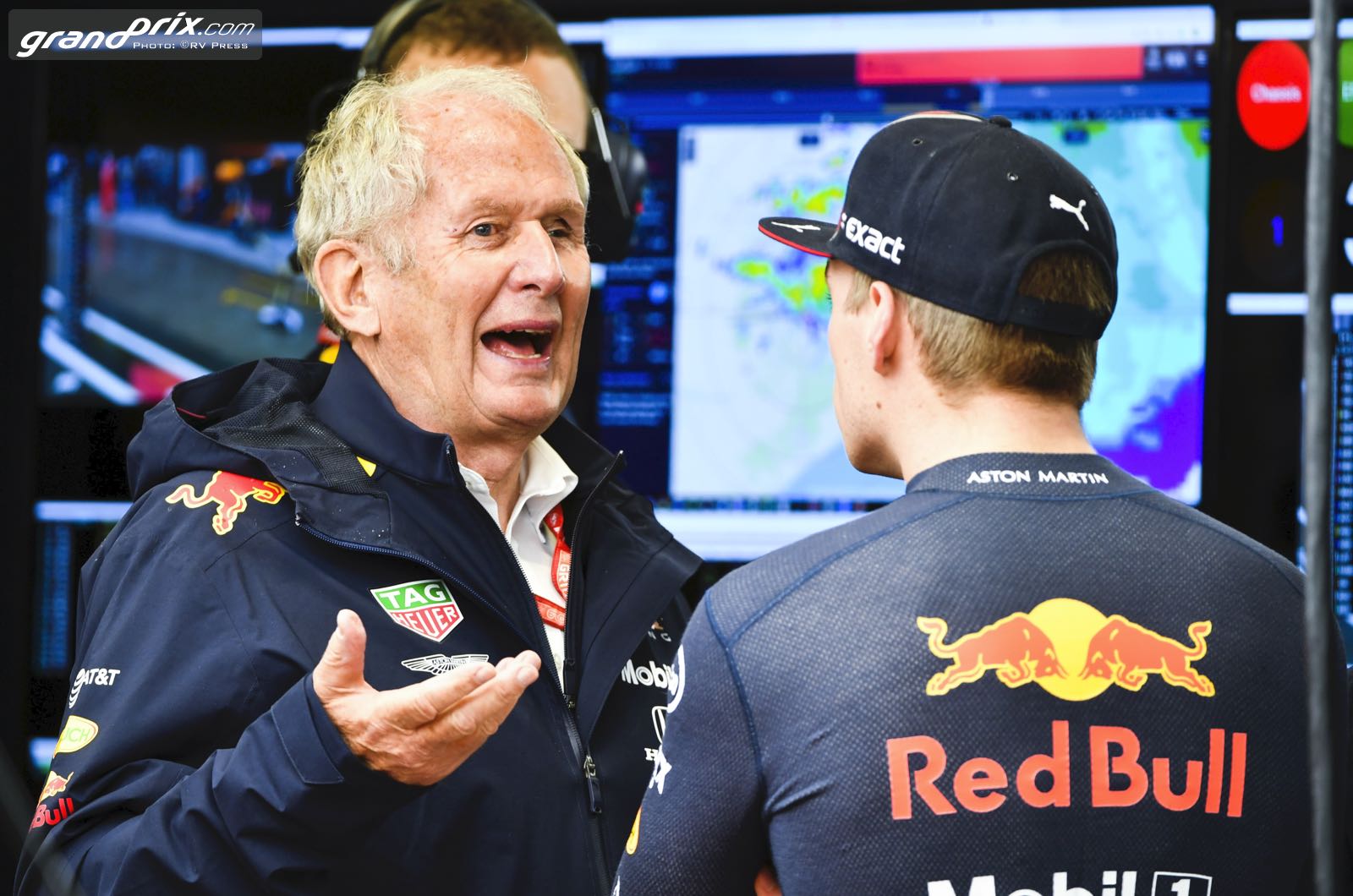 Dr Helmut Marko has slammed as "total nonsense" rumours that Honda was forced to turn down the engine power at recent races.

As Mercedes clearly upped the pace in the 2021 title race against Red Bull, rumours circulated that the FIA may in fact have quietly clamped down on a rule loophole being exploited by Honda.

"There were no restrictions, either from the FIA or from Honda. We didn't have to turn the engine down. We used the same power in Hungary as before.

"It was different with Mercedes," he claimed. "They not only brought updates for the car, but also for the engine. That's why they've been so fast on the straights since Silverstone."

Specifically, Marko said he has heard that Mercedes' key improvement was in "the cooling system", allowing Lewis Hamilton's team to "unlock more horsepower".

Meanwhile, Marko has given yet another strong hint that Red Bull will field identical driver lineups across its two Formula 1 teams for 2022.

"We will announce this after the summer break," he told Speed Week.

The 78-year-old therefore played down suggestions he might replace Red Bull's Sergio Perez with Pierre Gasly next year.

"He (Gasly) is definitely driving his strongest season," said Marko, "but he is extremely important as our team leader for Alpha Tauri. The team has become a top midfield team."

As for Frenchman Gasly, Marko continued: "We have an optional contract on Gasly's services until 2023, which we will use. All other rumours are nonsense."

"He's young, with a lot of Japanese mentality, but he makes mistakes when they are not necessary at all," said Marko.

"He has to realise that his head is not only there to put on a helmet, but also to think. But he will be fine. He still has time."

Finally, Marko said he is still confident Max Verstappen can win the 2021 title, but is expecting the tough battle with Mercedes to rage on.

"We are strong on all tracks," he said, "but with Hamilton there is an extremely strong opponent. And with Mercedes, he has a team that does not seem to stop at anything."