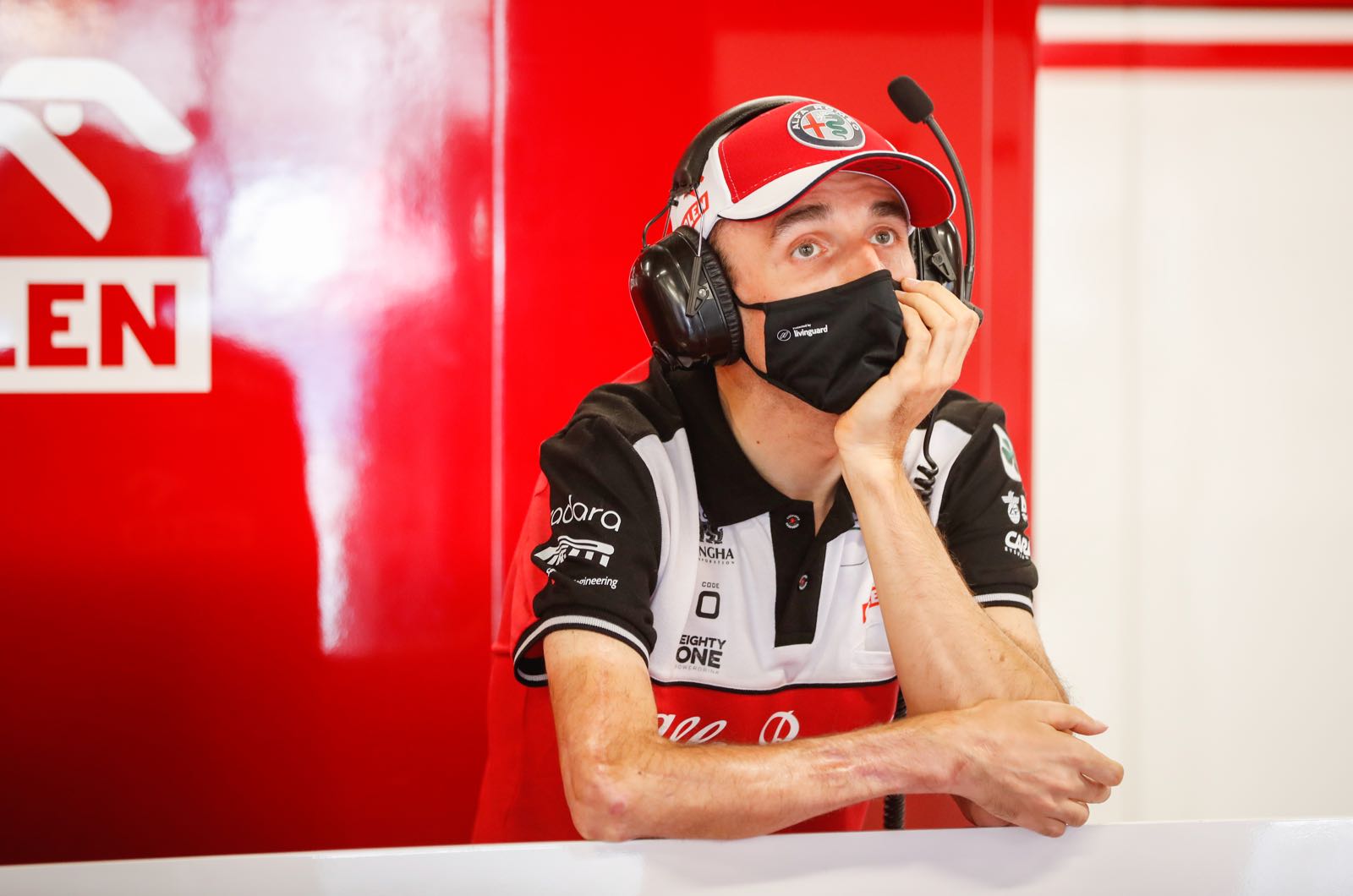 Alfa Romeo gave a sneak peak of a likely technical innovation for 2022 whilst testing Pirelli's 18-inch tyres in Barcelona this week.

Robert Kubica was at the wheel of the car on Tuesday when it featured the sort of aerodynamic wheel covers that were commonplace a decade ago in Formula 1 until banned.

The Polish driver told Przeglad Sportowy: "The first thing that needs to be adapted to are the aerodynamic parts under the car, because these (18 inch) wheels raise the car significantly.

"We want to use these tests to collect data and information on a key aspect of the rules for next year," he added.

Alfa Romeo reserve Kubica was also asked about his spin when appearing in Friday morning practice at the wheel of Kimi Raikkonen's car last week.

"It was a strange feeling to come back to the car, but overall it's always nice," he said.

"But after such a long break, you feel like a novice. The spin was my first big mistake in an Alfa Romeo but that can always happen, especially if you only rarely drive the car."