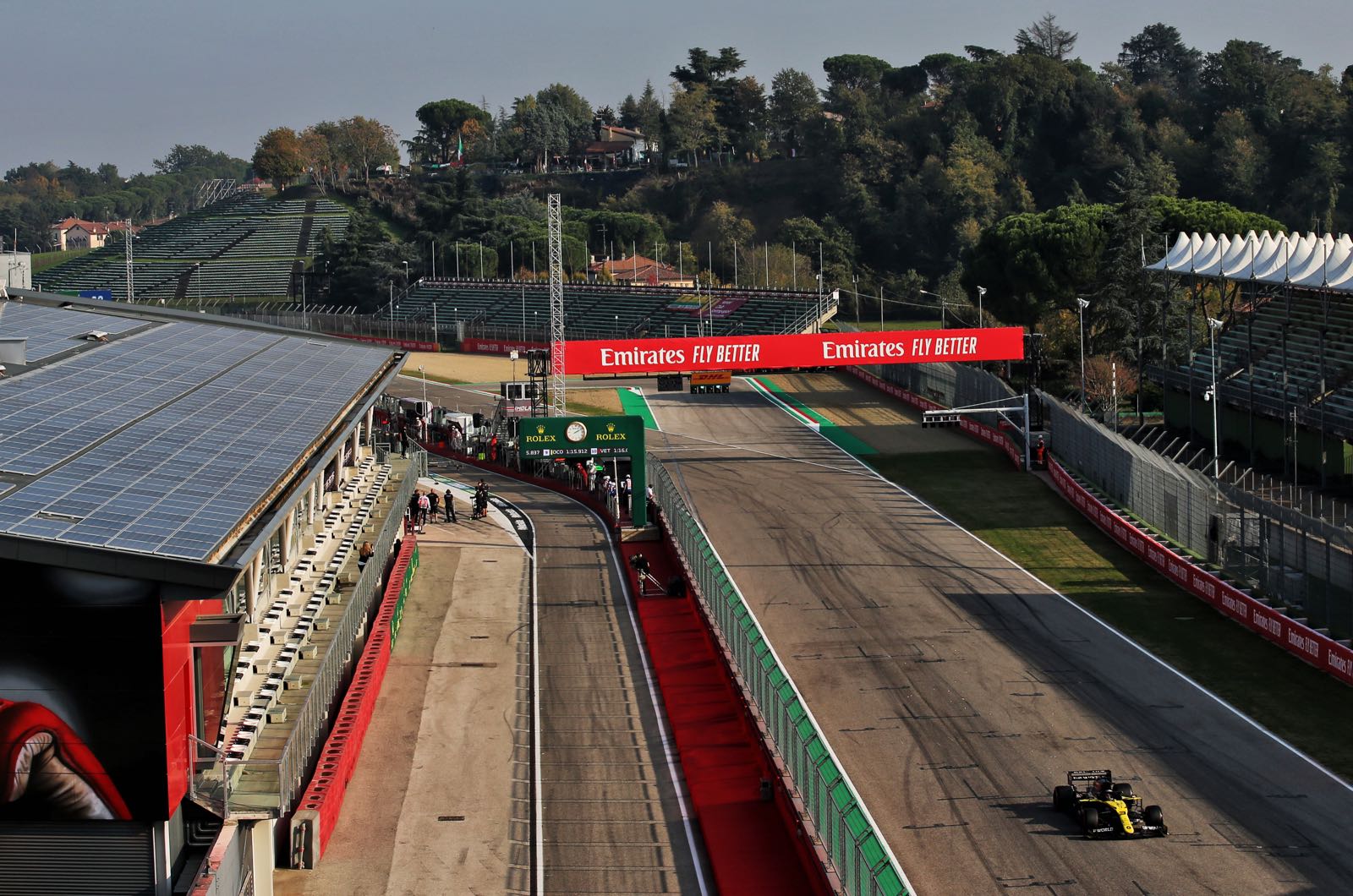 Italy seems determined to have two races in the Formula One calendar for the long haul, going back to the long 1981-2006 period when Monza and Imola were permanent features of the calendar. With the circuit close to Bologna getting a second reprieve on April 18th, taking the slot of the Chinese Grand Prix due to the COVID-19 pandemic, the Automobile Club d'Italia, the sporting authority in the country, is now working on a plan to make the track a permanent feature in future seasons, once the pandemic will come to an end.

Speaking at an event that served to conform former Formula One legend Giancarlo Minardi as the new president of Formula Imola, the public-funded company that runs the circuit, Angelo Sticch Damiani, the ACI president, admitted that, "the club and myself put a lot of effort in getting Imola back in the calendar last year and things went so well it was a no brainer for Formula One to call back on Imola for 2021, when they needed a quick solution for the problems they have with the calendar for the start of the season. I'm very happy and proud Imola is back in the calendar and now we'll be working very hard to make sure this becomes a permanent feature because Italy deserves to host two Formula One races per year."

The local authorities seems to have the same plan and the Emilia Romagna region is prepared to invest whatever it takes to guarantee the Autodromo Enzo e Dino Ferrari stays in the calendar beyond the end of this year, as its president Stefano Bonaccini explained: "The Emilia Romagna Grand Prix represents an extraordinary opportunity to enhance our regions visibility and that will inevitably bring a lot more tourists to this beautiful part of Italy. For now we're still unsure we'll be able to accommodate spectators in the grandstands for this year's Grand Prix but that's what we're hoping for. We'll work closely with our health officials to guarantee maximum safety for everyone but the goal is to have our fans in the stands, of course. In doing so, we're making a significant investment but knowing the returns Formula One offers seriously out-weight whatever money we can spend in hosting the event."

It hasn't gone unnoticed in Imola that the new CEO of Liberty Media is none other than local boy Stefano Domenicali, born a couple of miles away from the circuit, where he saw his first races. Obviously, Bonaccini expects his fellow countryman to want Imola permanently in the calendar, "and we've talked about it, because it's something we'd both love to see, but I understand he has to do what's best for his company, for Formula One. But having him there gives us the confidence we have an ally in Formula One and that's always a good thing", he concluded.