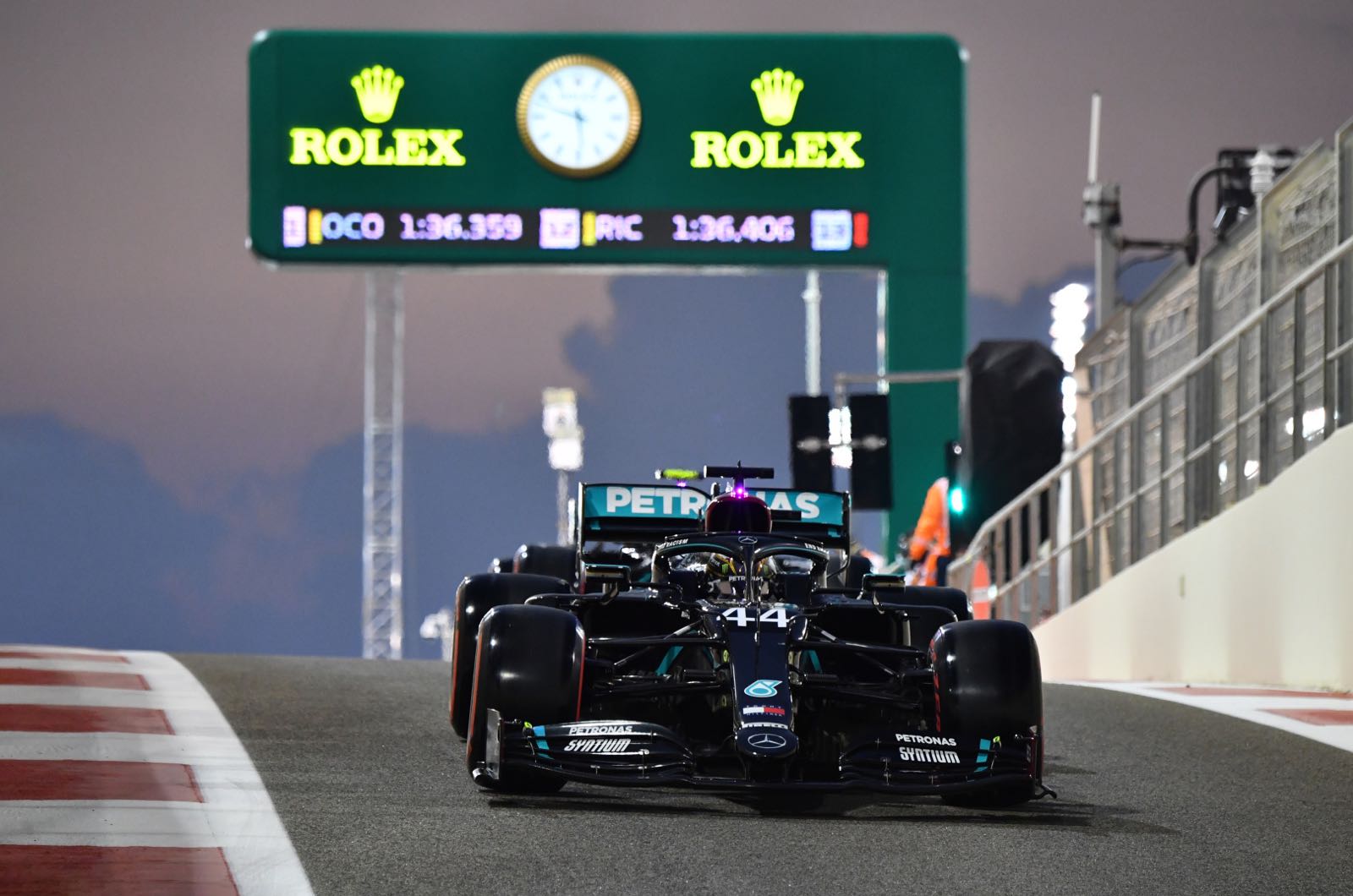 Mercedes is not commenting on reports about the status of Lewis Hamilton's reportedly difficult negotiations over a new contract.

Some believe the parties are arguing essentially over money, while Autosprint's Alessandro Gargantini believes Mercedes is only putting a one-year deal worth EUR 35 million on the table.

One of the sticking points could be the future of George Russell, who impressed at the wheel of Hamilton's car in Bahrain when the seven time world champion had covid-19.

"It would not surprise us if Hamilton wants to play an active role in the choice of the second driver after 2021," Gargantini wrote.

According to the Italian magazine, Russell's surprise performance in Bahrain may have thrown a major spanner in the works when it came to Hamilton's future.

"Russell, unlike Valtteri Bottas, showed in the junior classes that he can win impressively easily and frequently. His performance will not have gone unnoticed by those at the top at Mercedes," Gargantini added.

He also speculates that if Hamilton were to leave after 2021, Mercedes could enter the 2022 world championship with the spectacular lineup of Russell alongside Max Verstappen.

Gargantini said Dr Helmut Marko may be anticipating that, which is why Red Bull elected to replace the struggling Alex Albon with the highly experienced and consistent Sergio Perez.

As for the Hamilton contract reports, a Mercedes spokesperson insisted: "We do not comment on speculation and rumours."

Luigi Perna, a highly respected writer for La Gazzetta dello Sport, commented: "The negotiations between Hamilton and Mercedes over the renewal of his contract which expired two weeks ago has become a game of chess."