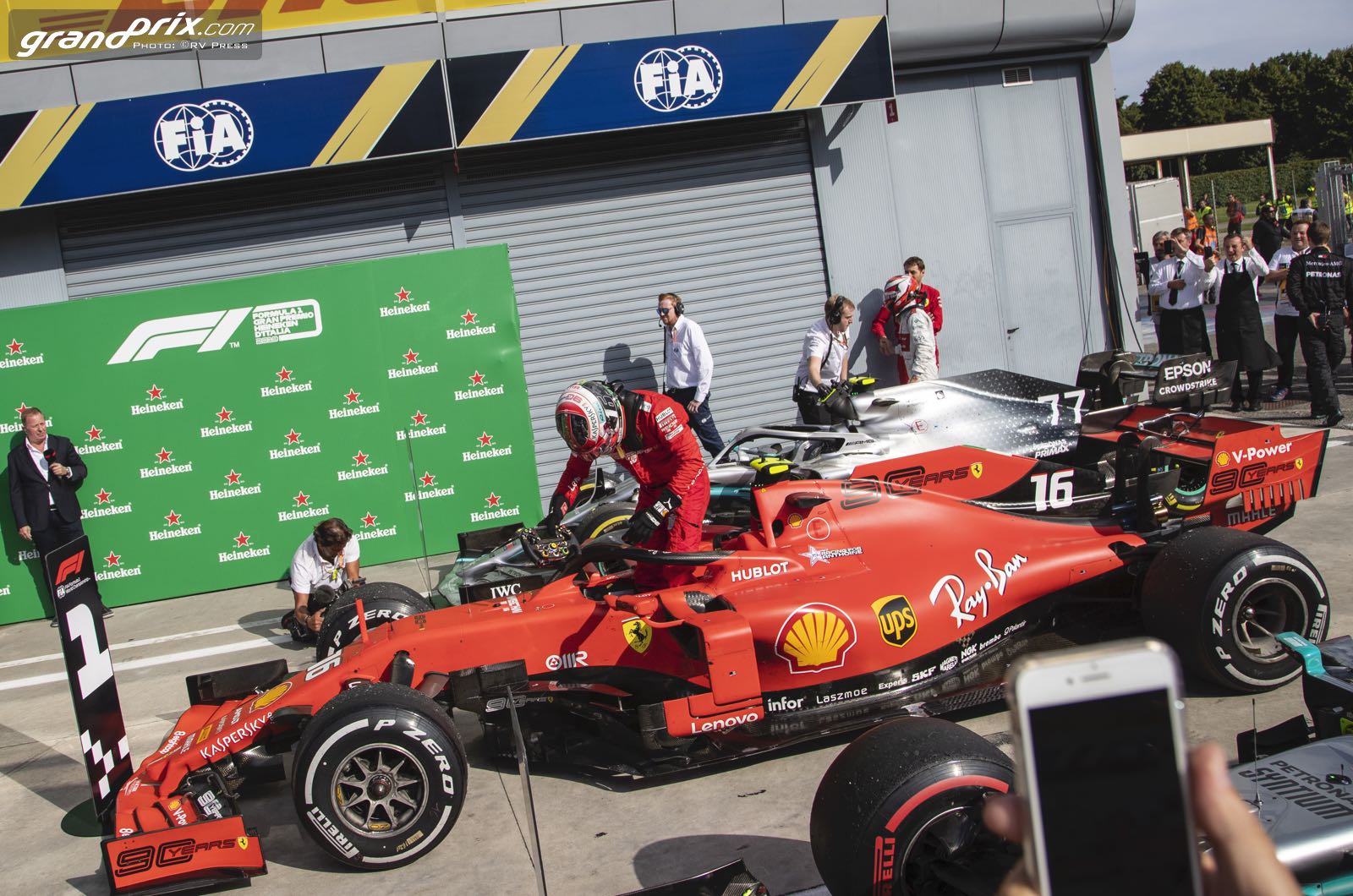 Lewis Hamilton has warned that he may not always be as compliant when he gets in a duel with rising F1 sensation Charles Leclerc.

Asked what would have happened if he wasn't thinking about his sixth world championship, the Mercedes driver said after the Monza race: "We would have collided."

Hamilton says Leclerc is actually among the more "respectful" drivers on the grid, but he warned that he too can match that level of aggression.

"If it happens in the opposite direction, I hope he's also cool with it," said the championship leader.

Ferrari's Leclerc was even shown the black and white flag for unsportsmanlike driving at Monza, but Hamilton's boss Toto Wolff thinks an actual penalty would have been appropriate.

"If they keep doing that (showing the flag), we'll see more cars touching in the future," he said.