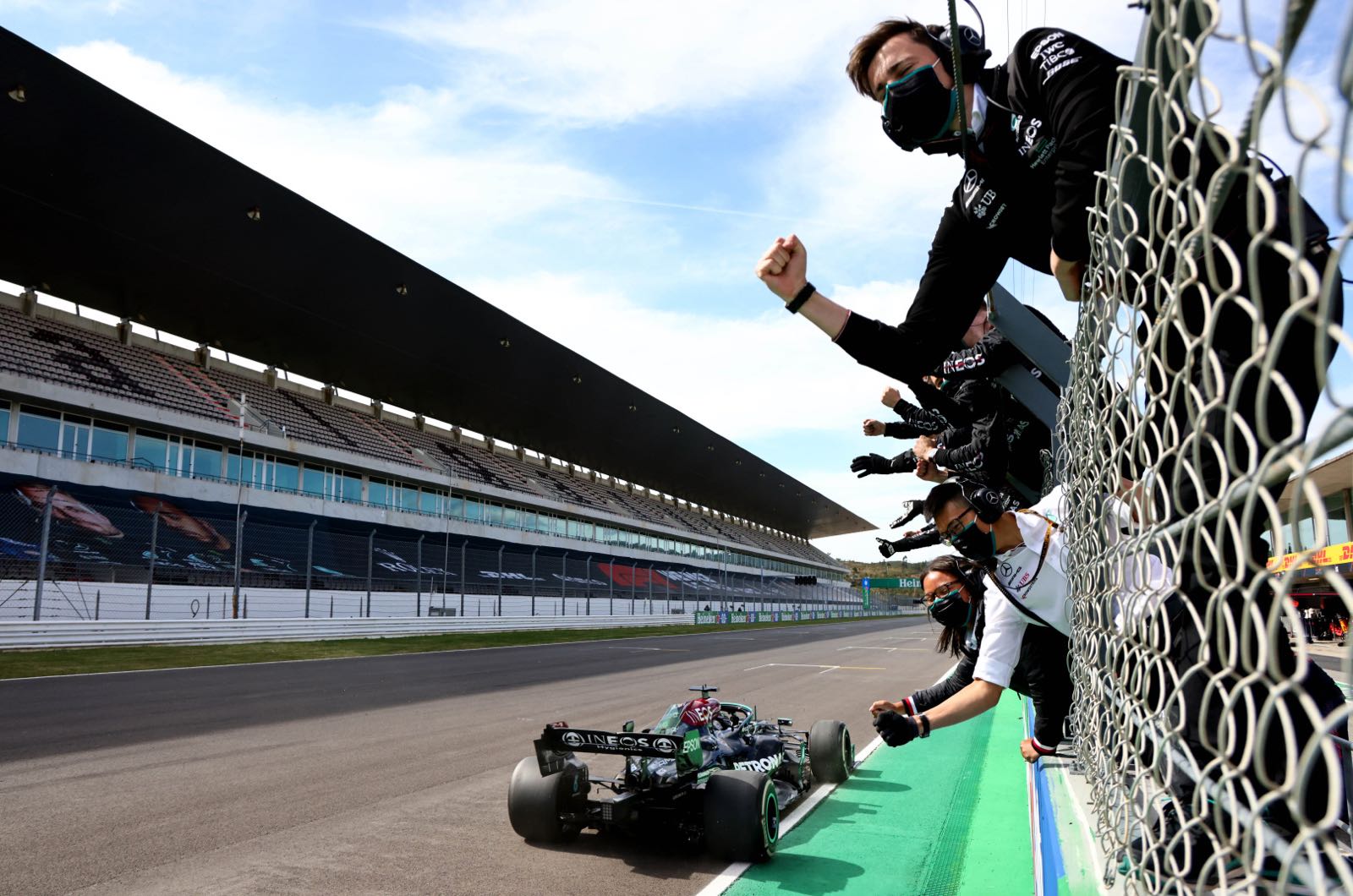 When the new season kicked off in Bahrain, Red Bull appeared to have the edge over Mercedes.

But after Hamilton won his second consecutive race last Sunday, which was his third victory out of the four grands prix so far in 2021, the international media thinks the Mercedes driver now has the upper hand.

"Verstappen is the future, but Hamilton is undoubtedly still the present," declared the Spanish sports daily AS.

Giorgio Terruzzi, writing in Corriere della Sera, said: "We are already running out of superlatives for Lewis Hamilton.

"What else does Max Verstappen have to do? Hamilton is simply driving his Mercedes in an unbeatable way."

And Umberto Zapelloni wrote in La Gazzetta dello Sport: "Hamilton is the one who makes the difference, because Bottas' result shows that he would not have been able to beat Max."

Hamilton's form has also convinced 90-year-old Ecclestone that Formula 1 will crown its first ever eight-time world champion later this year.

"This sport now has two drivers at eye level again, as used to be the case with Senna and Prost," the former F1 CEO told Blick newspaper.

"But unfortunately I have to take away the hopes of the supporters of the fighter from Holland - because Hamilton is driving better than ever before.

"Thanks also to Verstappen, Lewis is now flawless, calm and clever. He doesn't get involved in problems and always gives his opponent the space and respect they need to survive."

Ecclestone also thinks Hamilton now has his personal and professional lives in balance.

"All of that makes him even stronger in the cockpit," he agrees. "Max may be on par with his driving skills, but Lewis can always rely on having the better team and more reliable equipment behind him.

"Without any strange incidents, Lewis will easily become world champion for the eighth time."