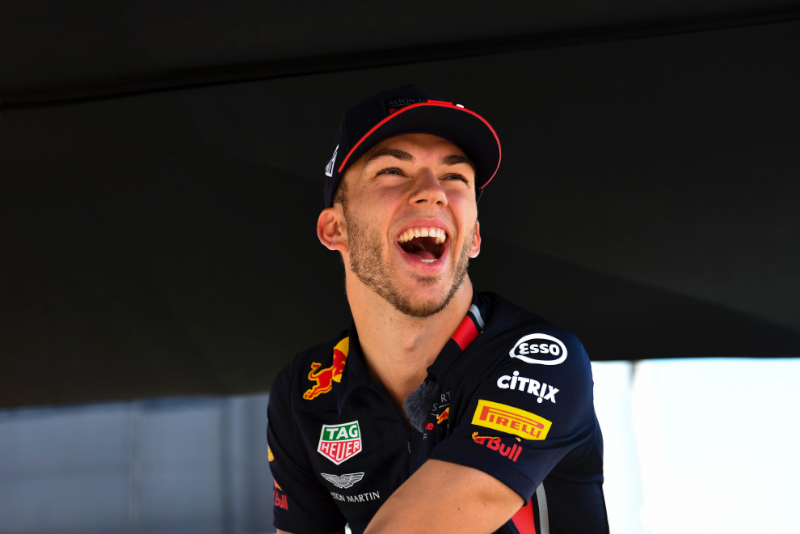 For the remaining nine races of 2019, Gasly will swap places with Toro Rosso rookie Alex Albon.

"I think Albon is the better choice," he said at the Super Formula race in Motegi, according to the Japanese publication as-web.jp.

"We know Daniil's speed already. As a driver he is now fully prepared after his time at Ferrari, but after analysing all the factors, we chose Alex."

Marko denied that rookie Albon is now set up for a Gasly-like failure.

"I don't think he will be a second Gasly," he said. "When we put him (Albon) there, we did not expect him to have the speed that he has in fact shown race by race.

"No one knows who will be Verstappen's teammate next year, so Albon has the opportunity to perform and develop without any pressure in these nine races."

He said he thinks Gasly struggled with the pressure of life at a top team.

"I thought Gasly was mentally strong," said Marko. "But the best explanation for his crisis is psychological problems.

"Until this season, Pierre had good racing and qualifying pace, and no problems with overtaking. But this year, he showed none of those qualities.

"He also felt responsible for the accidents in the tests, so that was already on his mind even before the start of the season," he added.

Finally, Marko defended Red Bull's driver development programme, even though he admitted the steady stream of talent seems to have dried up for now.

"Now we are working on the next talents to come through," he said.

"I was the first to create a driver training system like this. Ferrari and Mercedes just copied.

"I am proud that the systems works very well. When you look at the drivers we have had, it is obvious that it is successful," Marko added.