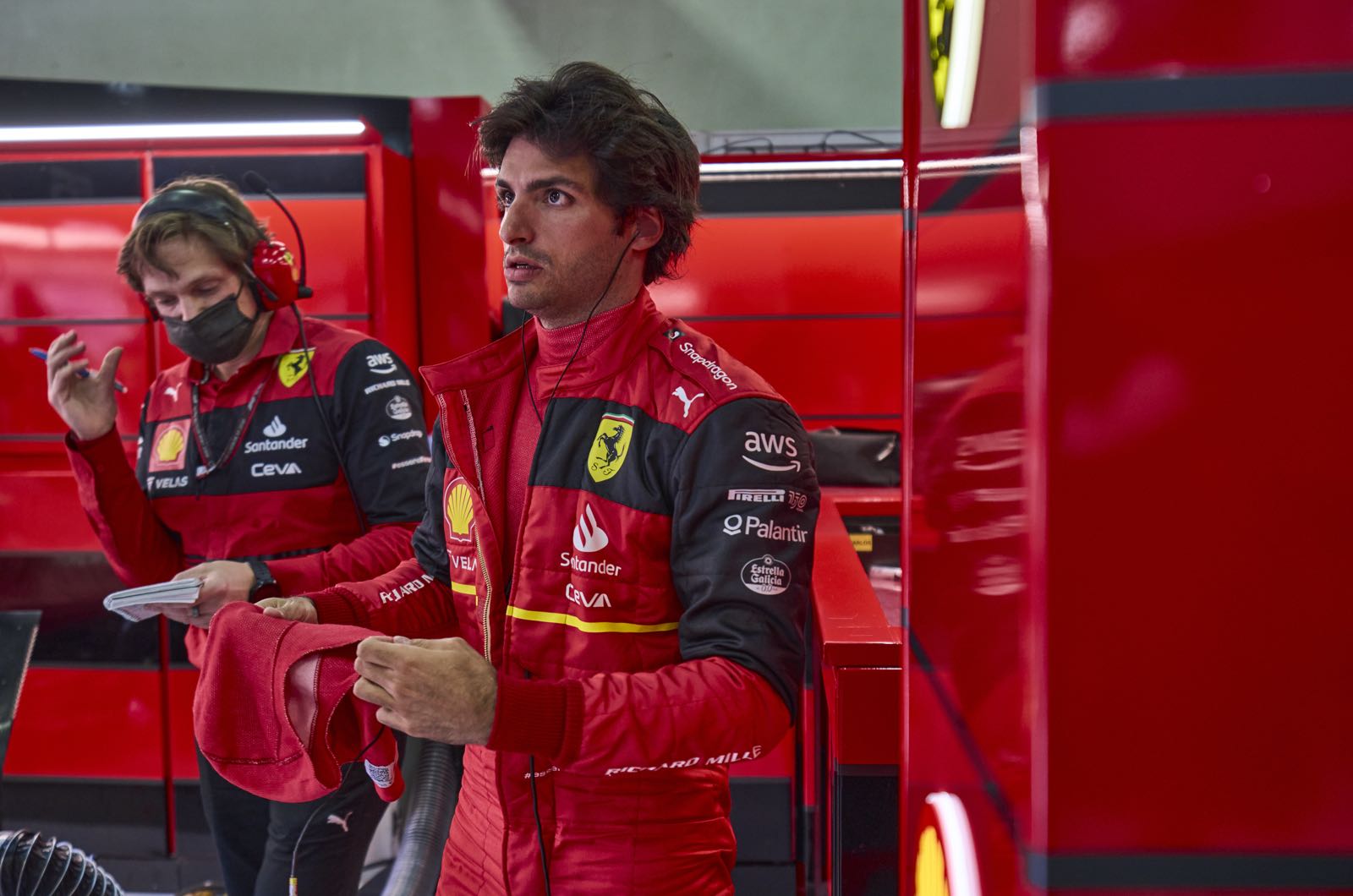 Mattia Binotto admits the "pressure" of driving a competitive Ferrari may be getting to Carlos Sainz.

The Maranello team kicked off its home race at Imola by confirming that the 27-year-old Spaniard has done well enough to secure a new two year deal.

But there is no doubt that championship leader Charles Leclerc is the de-facto 'number 1' in red, while Sainz has already made multiple key mistakes in 2022.

"I think he wants to show with all his might that he is as fast as Leclerc," former F1 driver Ralf Schumacher said. "It gnaws away at him."

Another ex-driver Alex Wurz, who is also chairman of the Grand Prix Drivers' Association, agrees: "Leclerc is basically the number 1 in the team, but you shouldn't underestimate Sainz."

He told Kronen Zeitung: "He has to catch up quickly now, because if he doesn't manage to do that in the next five or six races, the team will focus entirely on Leclerc."

And 2016 world champion Nico Rosberg told Sky Italia: "It probably couldn't be more difficult for Carlos mentally. And now we can all see the pressure that is on him.

"He's making more and more mistakes, which is actually very strange for him. He has to find a way to stop that."

Even Ferrari team boss Binotto doesn't deny that the problem for Sainz at the moment is pressure.

"I think it's a matter of managing the pressure," the Italian said at Imola.

"It's maybe the first time in his career that he's got a car which is fast enough to compete for the best positions, and he simply needs to get used to that.

"But he will do it very quickly because I know how smart and how capable he is."

Meanwhile, Sainz's new two-year Ferrari contract is bad news for the team's reserve Mick Schumacher, who was hoping to be racing in red before long.

A new two-year deal for the 23-year-old German at Haas now appears obvious.

"We'll have to be patient for a little longer," team boss Gunther Steiner told f1-insider.com.

"As everyone knows, I'm in no hurry. And Mick is a Ferrari driver - he has a contract with them first, and then with me.

"So it's up to Ferrari. It's no secret that Ferrari can nominate one of our two drivers."