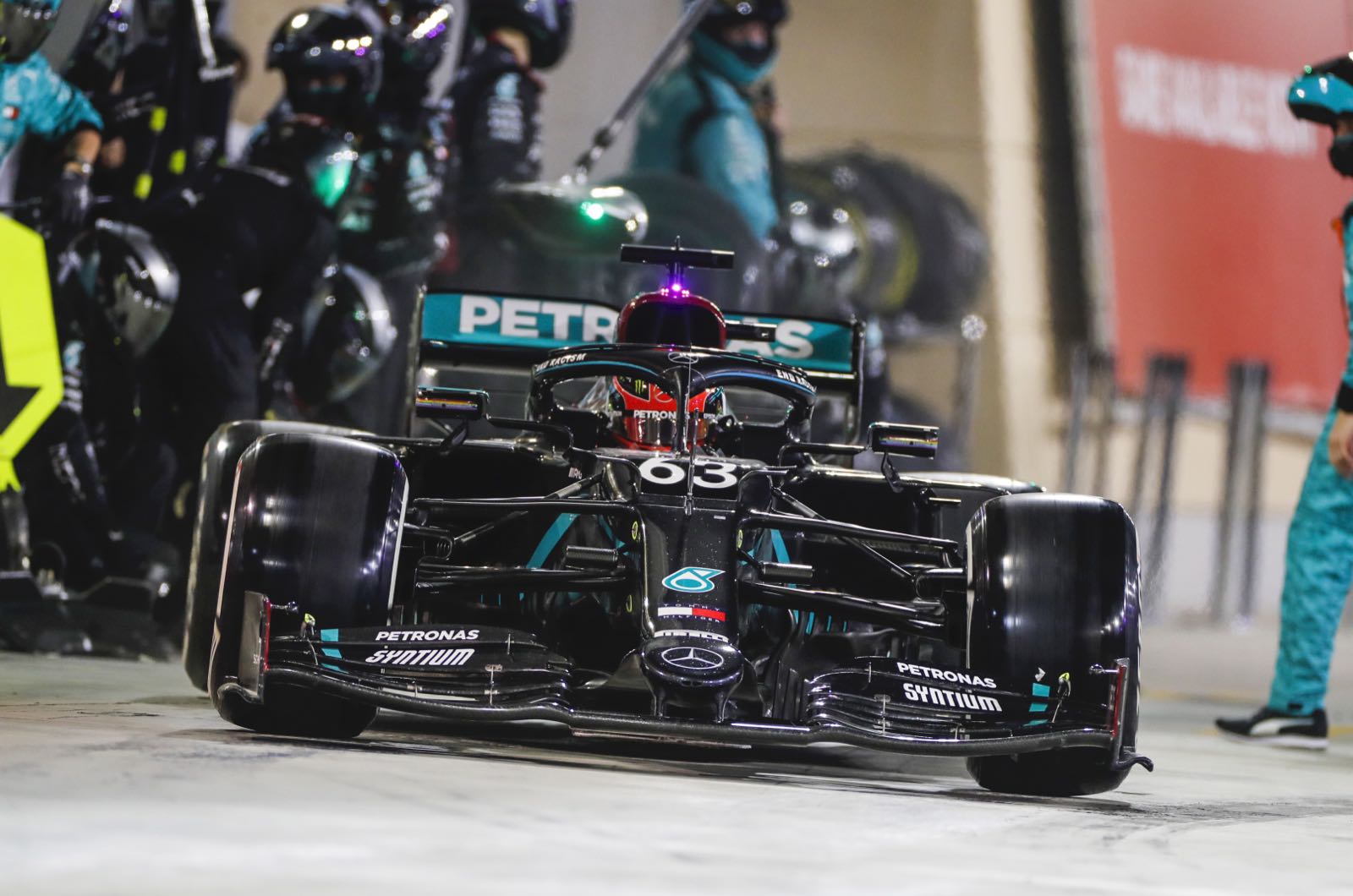 According to the theory, the German team intervened deliberately with the bungled strategy, involving Mercedes pit mechanics fitting teammate Valtteri Bottas' tyres to his car.

Russell, who was replacing the ill Lewis Hamilton, then recovered the places and was shaping up to re-take the race lead when he was called in again for a slow puncture.

"I've had victories taken away from me before, but twice? I couldn't believe it," the British driver said afterwards.

Conspiracy theorists have wondered if Mercedes prevented Russell from winning in order to save the regular occupant of the car - the highly paid seven time world champion Hamilton - from embarrassment as he recovers from covid-19.

"I've read a lot of conspiracy theories that Hamilton and Wolff didn't want Russell to win, because it would hurt Hamilton's market value," said Alexey Popov, the commentator for Russian broadcaster Match TV.

"But to be honest, if Toto didn't want someone to go so fast, he wouldn't have made the effort he made to pull Russell out of Williams for that race," he insisted.

"Williams didn't really want to give George away and we don't know all the details behind that. Maybe they (Mercedes) had to pay extra.

"Everyone at Mercedes then worked until four in the morning to somehow fit Russell in that car, then there are the huge number of procedures he had to learn. If they didn't want to, they would have put the reserve driver in there," Popov added.

However, Popov acknowledged of the Mercedes mistakes: "It happened, and it looked terrible."