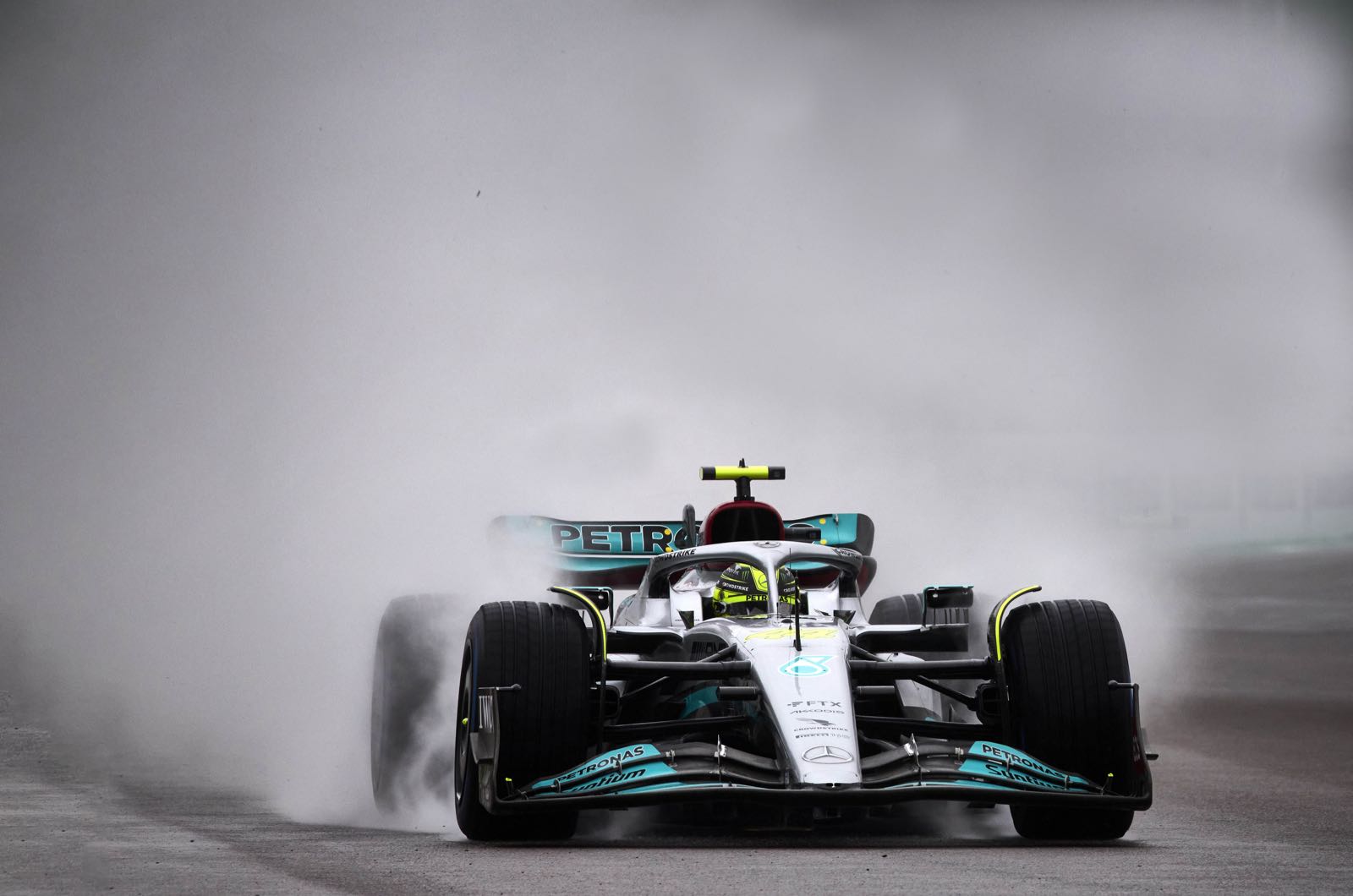 Lewis Hamilton played down a tense conversation with Mercedes boss Toto Wolff after qualifying a woeful 13th for Saturday's first sprint race of 2022 at Imola.

"Internal stuff," the seven time world champion said when asked about the obviously tense exchange with his boss.

In truth, it was probably just frustration spilling over after the German team - so dominant in the previous regulations era - made key improvements to its uncompetitive car prior to travelling to Imola.

The updates were mainly aerodynamic, but they certainly did not solve Mercedes' woefully obvious problems with ground-effect 'porpoising'.

"It's not like you just screw a new part onto the car and your problems are solved," Austrian Wolff insists. "There are no miracles in Formula 1.

"Ferrari has the advantage with that, because as soon as they stop on the brake the car is neutral. With us, we take the Easter Bunny into the corner," he told Kronen Zeitung.

"This means the driver has no confidence at all in the fast corners because he doesn't know how the car will react.

"At the moment we don't know why it's so bad for us, but at the same time I don't think the others know why things are going better for them. For our guys, they can't drive - they're lifting their foot on the straight.

"Drivers are trained for this but I've never experienced bouncing like this in my life," said Wolff.

But the bigger problem for Mercedes on the wet Imola track was 'turning on' the tyres with the required temperature.

Compounding the problem for Hamilton is that, at least with the uncompetitive 2022 car, he appears to be on the back foot relative to his new and younger teammate George Russell.

Russell insists there is no gloating.

"We have to work together to fight Ferrari and Red Bull," he said at Imola. "Our fight is not against each other."

Seven time world champion Hamilton also said a tough season is not going to influence his decision about how long he keeps racing in Formula 1.

"I still feel fresh and I still feel young, to be honest, even though I'm around all these youngsters," said the Briton. "So I don't think that's going to be the deciding factor whether I continue or not."

NO NEED FOR TEAM ORDERS YET SAYS BINOTTO