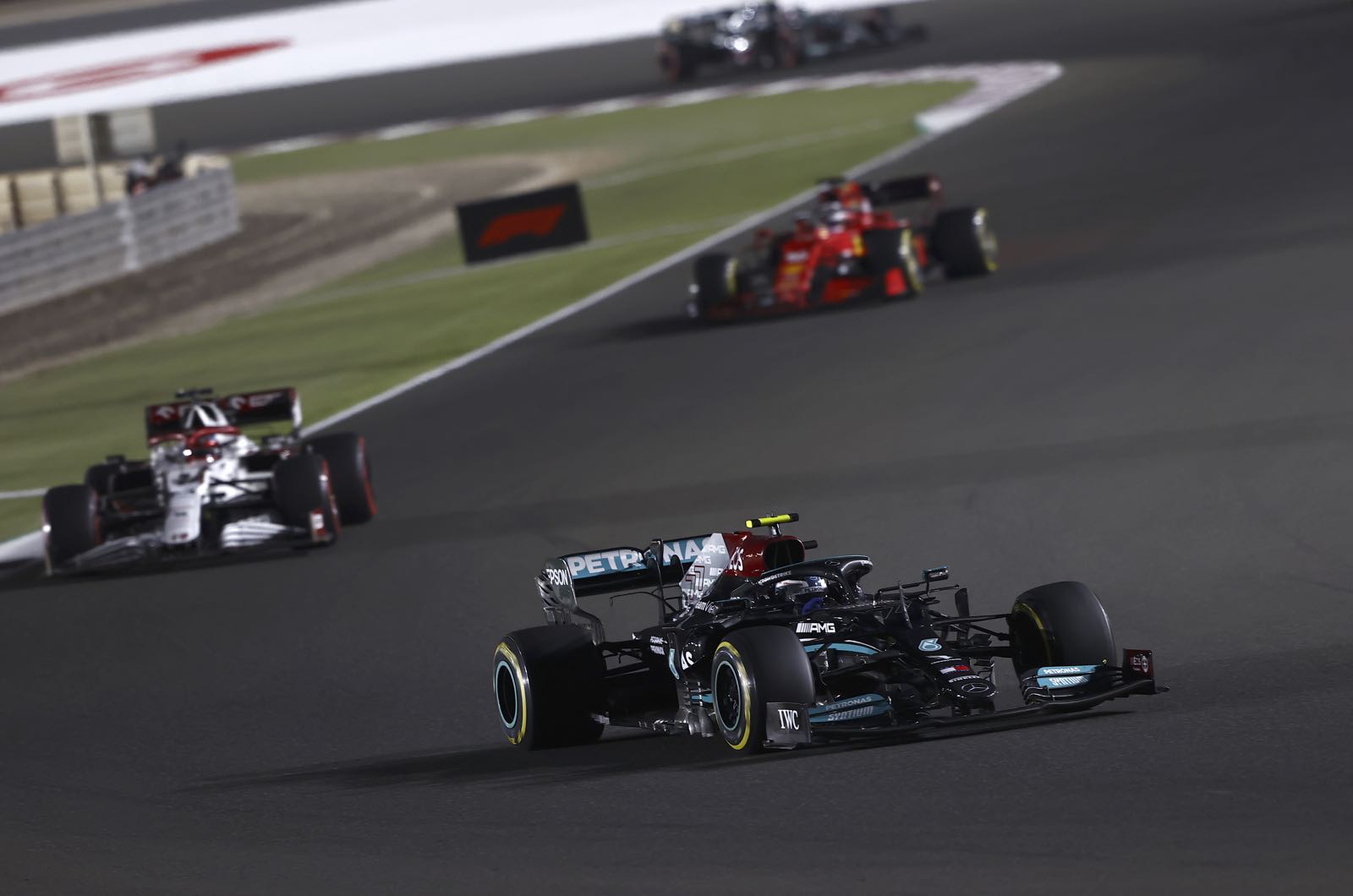 Valtteri Bottas says he was not driving an identical Mercedes to teammate and championship chaser Lewis Hamilton in Qatar.

The claim comes amid more criticism of the Finn, who is being replaced by George Russell for 2022 and beyond.

Speaking after the first F1 race in Qatar, former driver Timo Glock told Sky Deutschland of Bottas: "He's never in a position that gives you the impression that he wants to support Lewis Hamilton.

"I think he drives these races without the slightest bit of risk, and Toto Wolff always needs to motivate him on the radio.

"I think Lewis and Max are on their own to decide this world championship," Glock added.

"It was another limp race from Bottas," the Dutchman told Ziggo Sport.

"I was thinking 'Come on man! Brake a little later!' Like turn 2, he just lets people pass him.

"He goes around those bends like he's a wimp."

When asked about Bottas' performance, team boss Toto Wolff admitted: "We know that he can drive away when he's at the front. So the speed is there.

"I have absolute confidence in him for the next races and I hope that we will have a good car. Then Valtteri will be at the front again because we need him there."

As for 32-year-old Bottas himself, he insists there was more to his arguably lacklustre performance in Qatar than initially meets the eye.

"I have found out the reason, but I cannot give details," he is quoted by the Finnish newspaper Ilta Sanomat.

"There were little differences in the cars," Bottas revealed.

But according to Ralf Schumacher, even without Bottas' support it is likely that Hamilton will beat Max Verstappen to the 2021 title.

"Max gives everything and shows how good he is, but under normal circumstances he has no chance," said the German.

Schumacher also dismissed any suggestion Mercedes is having to revert to cheating in order to run down Verstappen's points lead.

"We saw here again that Mercedes is fast enough and does not have to cheat," he said.

"I don't assume that any team wilfully disobeys the rules. If you do that, you're into very grey areas and something can always go wrong."