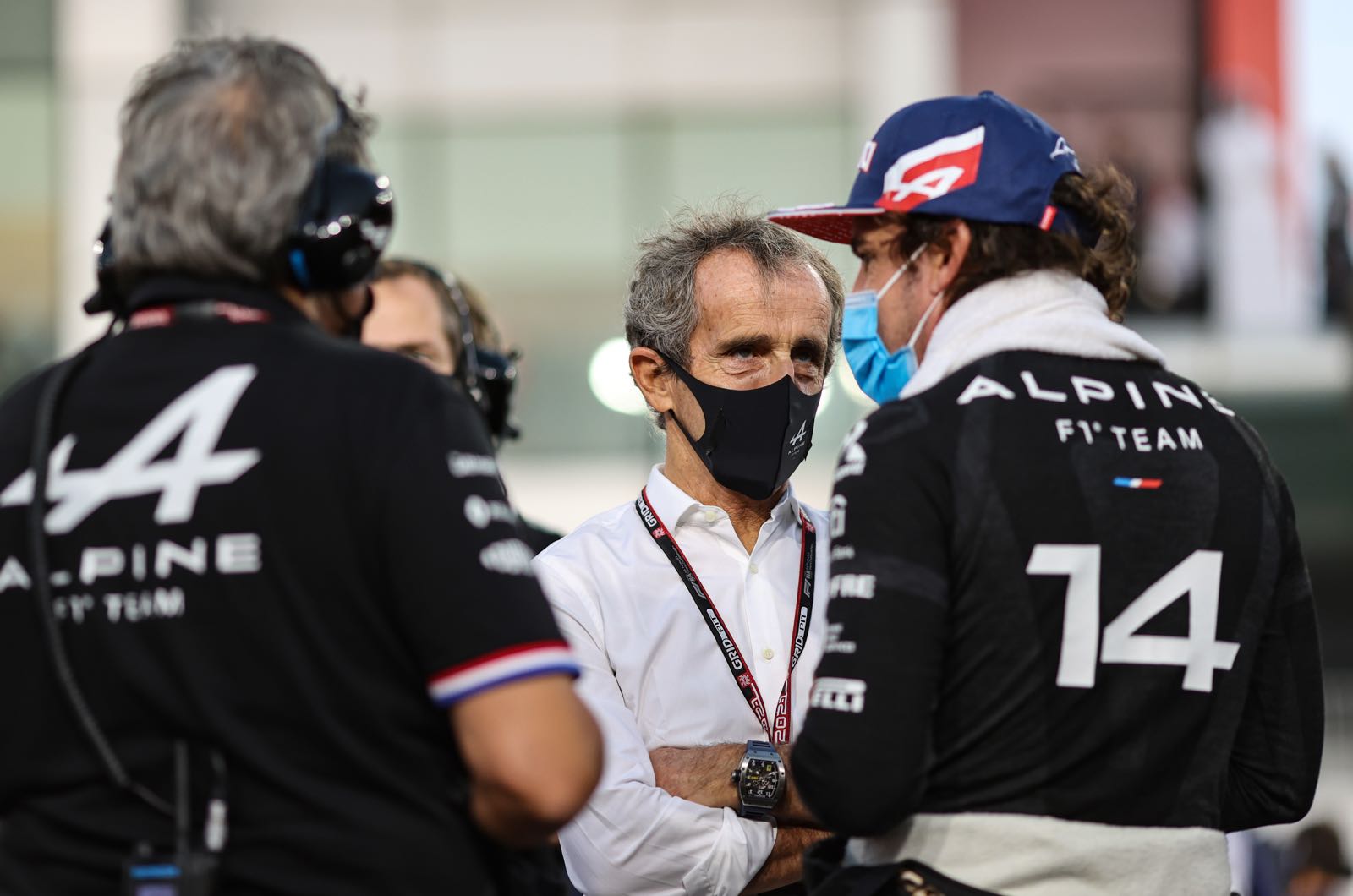 Fernando Alonso's seven-year absence from the podium finally came to an end in Qatar.

Fellow F1 legend and multiple world champion Alain Prost, a key member of the Renault-owned Alpine team, hailed the 40-year-old Spaniard as "the best driver in the field".

Spaniard Alonso, whose last podium was with Ferrari in 2014 before he made the ill-fated move to McLaren and ultimately went into a two-year sabbatical that ended this year, does not necessarily disagree.

"With all due respect, I am sharing the podium with Hamilton and Verstappen, not anyone else," he proudly told the Spanish broadcaster DAZN.

Prost, 66, told Auto Motor und Sport in Qatar: "For me, he is the best driver in the field.

"The overview of the race he has is unbelievable, as is his feel for the tyres, the statements he makes about the car and how he feeds the engineers," the Frenchman added.

Prost admits that, when Renault decided to sign Alonso for his F1 comeback, he was sceptical about the two-time title winner's reputation.

"Fernando has always told me that he has become a different person, and I have to say that he was right," he said.

"He is totally at the service of the team, and that is very good for the team."