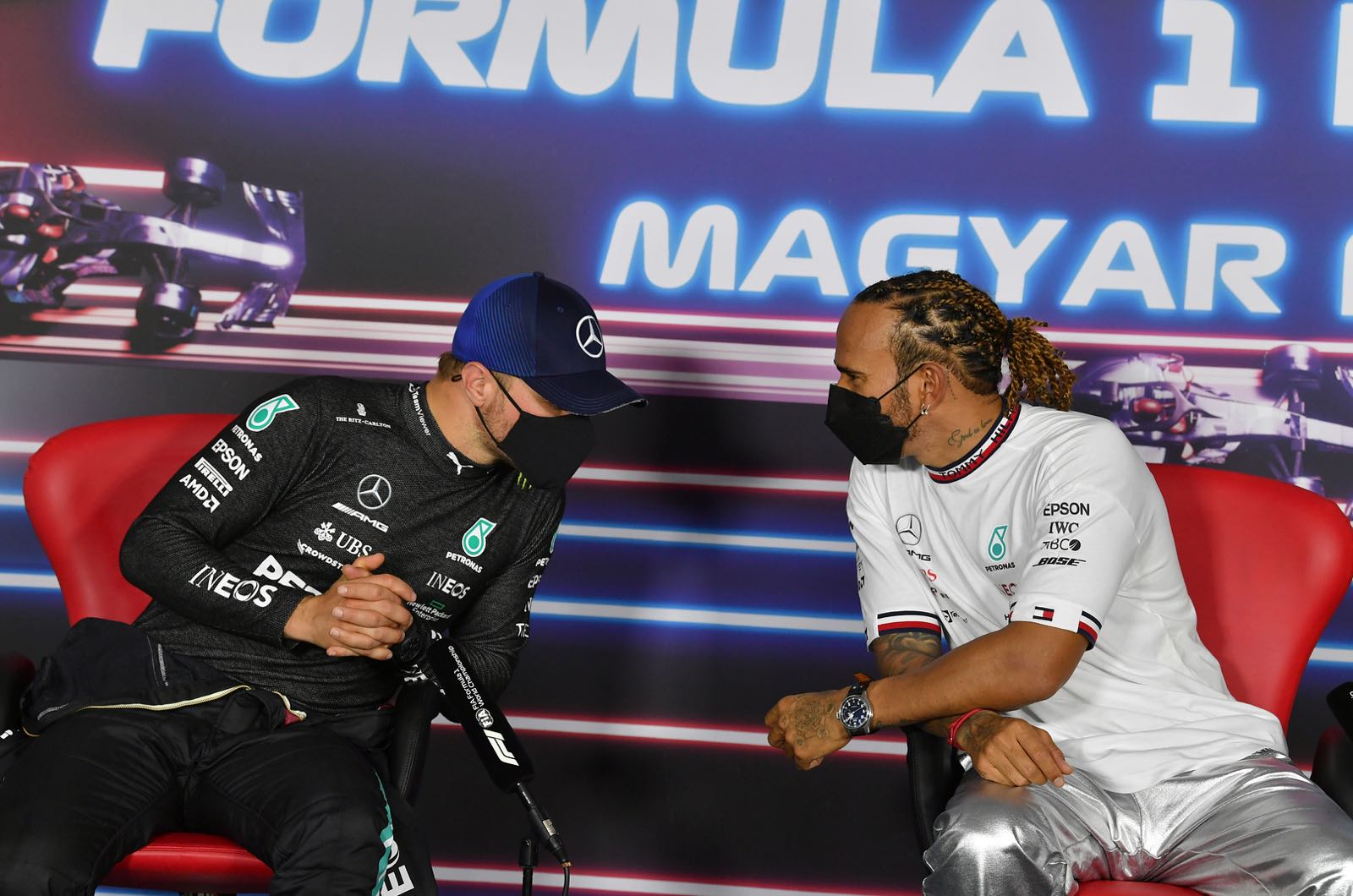 The mistake described by Christian Horner as a "howler" on Sunday will not automatically cost Valtteri Bottas his Mercedes seat.

That is the claim of Toto Wolff, even though he issued a public apology on behalf of Mercedes for Bottas' first-corner mistake that took out both Red Bulls.

Footage has emerged of Red Bull's Horner refusing to shake the hand of his Mercedes counterpart after the Hungarian GP.

Giusto Ferronato, a correspondent for La Gazzetta dello Sport, thinks the consequences for Bottas will be dire.

"There is a lack of precision in his driving. He can say goodbye to his Mercedes seat," he wrote.

An editorial in Suddeutsche Zeitung agreed: "The massive driving error further weakened his chances of another season next to Lewis Hamilton.

"And while Bottas apologised to his opponents, his potential successor (George Russell) drove to ninth place in a damaged Williams."

Wolff was already deliberating whether to replace the 31-year-old with young charger George Russell for 2022 and beyond.

"In the summer we have to analyse exactly what we are doing," the Mercedes team boss admits.

"Are we going for youth or for stability?" Wolff added.

As for whether Bottas' mistake will cost him the seat, the Austrian insisted: "One mistake by Valtteri is not significant."

When asked the same question, the Finnish driver himself answered: "I spoke with Toto briefly after the race, but we didn't talk about that.

"But I don't think one race changes the situation too much. We'll see what happens in the coming weeks," Bottas said.

However, it is notable that Bottas' manager Didier Coton was in Hungary at the weekend, amid swirling reports that he could switch to Alfa Romeo for 2022.

"My management is working on it," said Bottas when asked about his potential options.

What is notable is that Russell will be sitting in a 2021 Mercedes car as soon as this week, as Pirelli continues its 18-inch tyre testing for 2022 in Hungary.