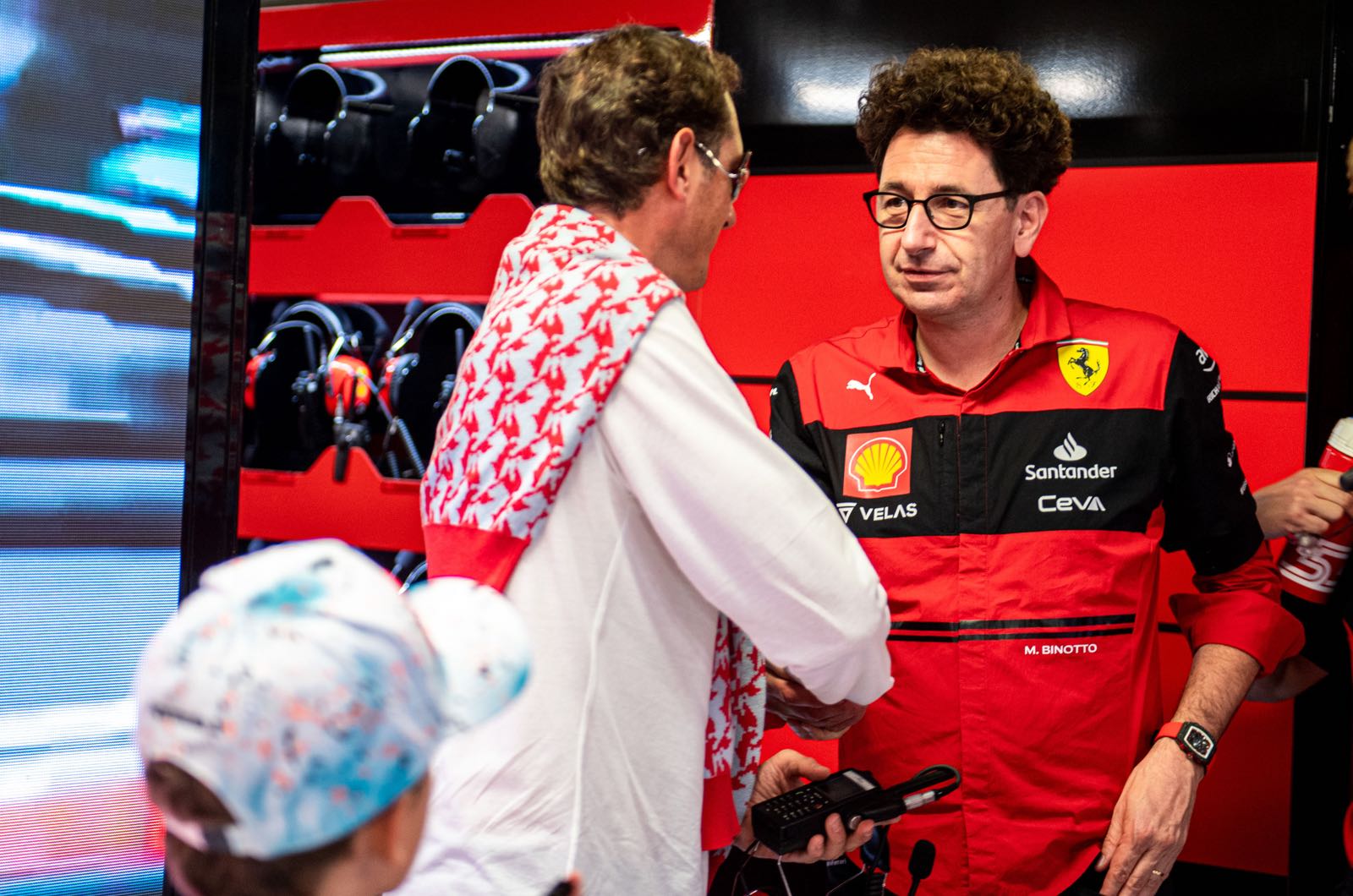 Mattia Binotto appears to have dodged the axe at Ferrari after chairman John Elkann pledged his support for the team's under-fire boss at Monza.

Elkann, at Monza to witness Charles Leclerc take a surprise pole with special yellow branding, told La Gazzetta dello Sport ahead of the Italian GP that Ferrari needs to make clear improvements after repeat errors in 2022.

But he also said: "We have complete trust in Mattia Binotto and appreciate everything he and all our engineers have done."

F1 legend and two-time Ferrari driver Gerhard Berger says it's right that the spotlight is being directed away from Italian Binotto.

"It's just not accurate to hang everything on one person, but that's exactly what happens so often at Ferrari," he told Kronen Zeitung newspaper.

"On the other hand, you have to at least admit that last year Ferrari was in the middle, this year they had the fastest car at least at the beginning - and Binotto did that," Berger added.

"I'm not convinced that Ferrari has the patience, but it was the same with Jean Todt and Michael Schumacher at first. Michael had to stand up for Jean and say that he would go too, and they turned that into the most successful team."

When asked at Monza about Elkann's timely words of support, Binotto sounded relieved.

"We know we have the support of our president," he told Italy's Sky Sport, also commenting on Elkann's claim that Ferrari is headed for the title by 2026.

"We didn't need an article or an interview to know that so I think it's more for external judgements rather than internal."

Binotto also clarified Elkann's claim that Ferrari can wait until 2026 for the world championship.

"I am convinced that if we continue to grow as we have done in the last year, it will not take much time."

But Red Bull isn't overly worried, with boss Christian Horner explaining that the team added extra downforce to Verstappen's car so that he has the grip and stability to recover from his five-place grid demotion in the race.

"We sacrificed qualifying to some extent, so let's see if the tactic pays off," he said.

Dr Helmut Marko agrees, telling Osterreich: "It's not a drama. If necessary we'll finish second and that will be enough."

FIA WILL NOT BEND RULES FOR COLTON HERTA