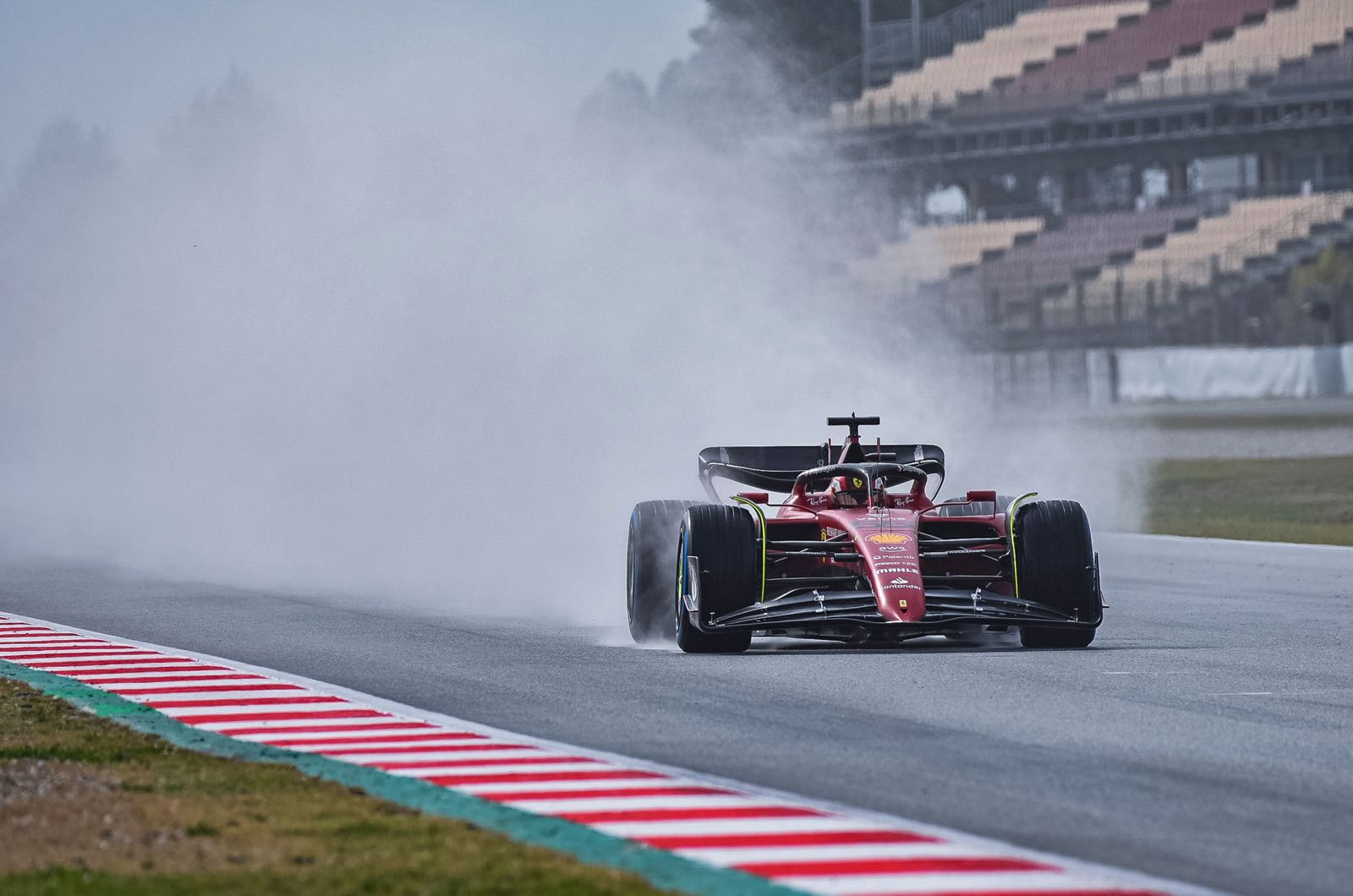 Mattia Binotto has scoffed at seven time world champion Lewis Hamilton's claim that Ferrari is "several months ahead" with its all-new 2022 car.

Hamilton believes Mercedes and Red Bull's full and late focus on the 2021 title race means big teams not fighting for the championship were better able to prepare for Formula 1's new era.

After Ferrari emerged as perhaps the standout car of the initial Barcelona test, he said: "You would assume they perhaps didn't do as much development last year and just put everything into this car.

"So does that mean they're several months ahead?" Hamilton wondered.

"I'm sure once we get to Bahrain, it will actually be them who are two or three months ahead," he told Sky Italia.

"It was important for us to create a good basis, but we have a very long season ahead of us and I expect very strong competition from the first race."

The Italian also thinks top teams Mercedes and Red Bull will have deliberately been holding back their true performance in Barcelona.

"Racing teams hide the true potential of their cars, some more than the others," said Binotto.

"It's much too early to be able to correctly assess the performance of the various cars."

He said he was surprised about how different the various 2022 cars look whilst still posting "comparable" laptimes.

"I'm assuming the field will get even closer as the season progresses," Binotto added.

He also played down claims that Ferrari was one of the teams affected most harshly by the unexpected ground effect 'porpoising' phenomenon witnessed in Barcelona.

"It is an unexpected problem, but not a serious one," Binotto insists.

"It can be solved quite well. We already managed to mitigate it in some way."