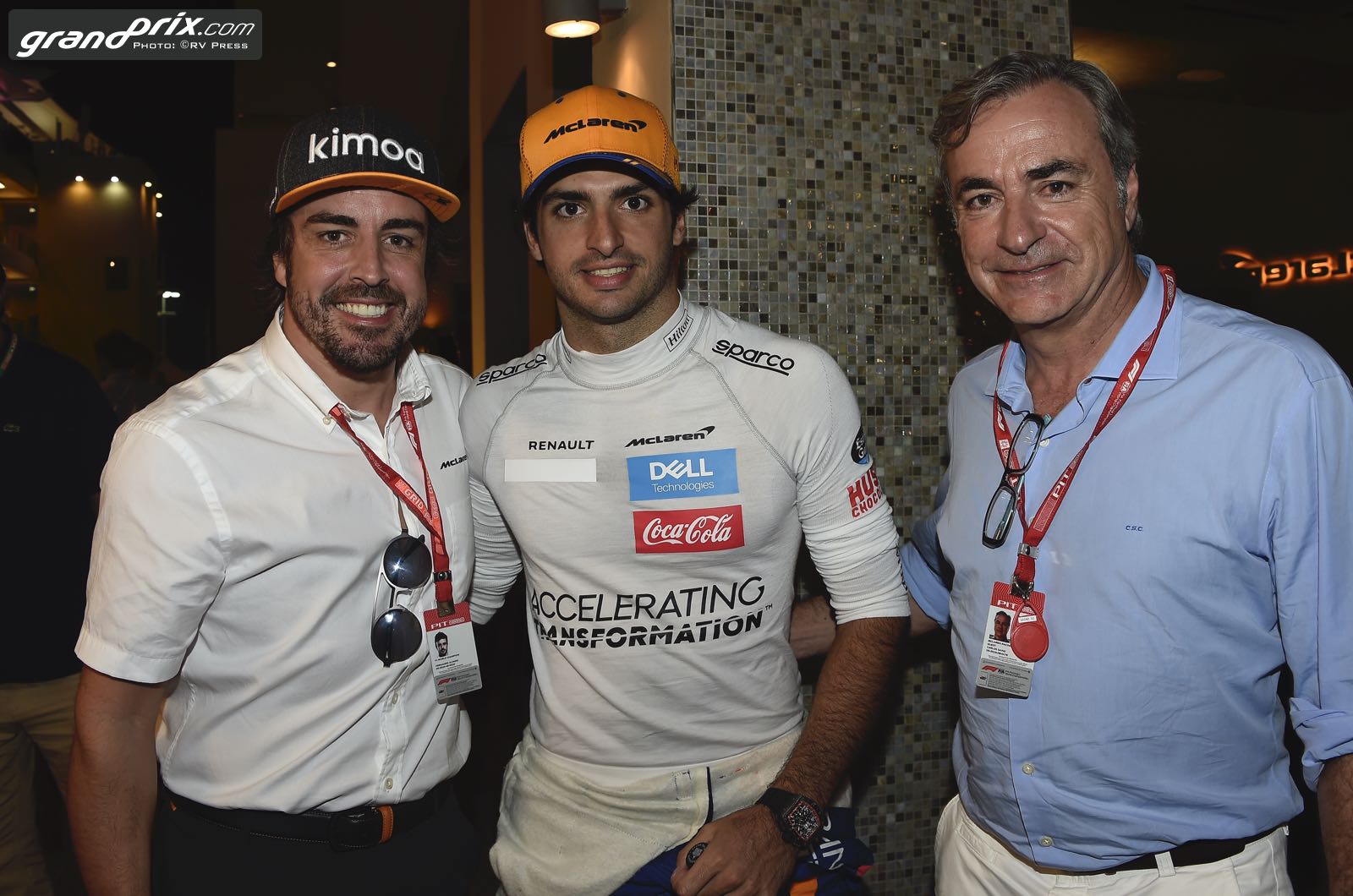 Fernando Alonso is hoping his countryman and friend Carlos Sainz has a "good future" in Formula 1.

Spaniard Sainz, who currently drives for Alonso's former team McLaren, is being linked with a move to Ferrari for 2021.

"If an agreement is not reached with Sebastian Vettel, I quietly doubt that Ricciardo would be interested," said Ferrari insider Leo Turrini.

"Maybe I'm wrong, and I like the Australian very much, but I don't see him next to Leclerc. So for a variety of reasons I think the most credible candidate is Sainz," he wrote on his Quotidiano blog.

"Carlos is doing great, and not only last year," he is quoted by AS newspaper.

"Since Toro Rosso, he has done a great job. He had Verstappen as a partner from the beginning, after that he had Hulkenberg. He has always had tough competitors at his side and he has always done well.

"That is good for Spain and for the sport. I hope he has a good future," Alonso added.