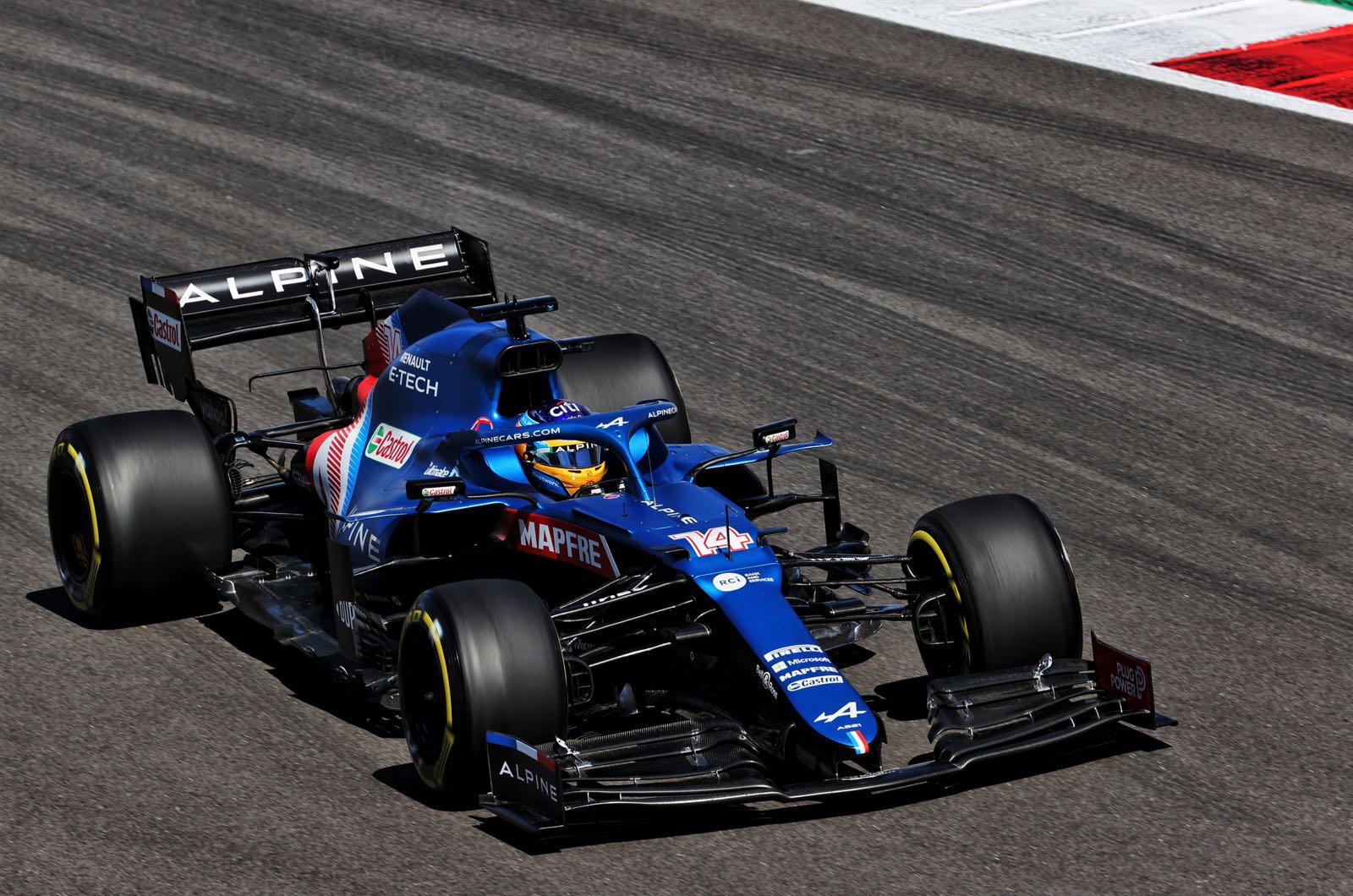 Fernando Alonso is back at "almost 100 percent" in the wake of his pre-season cycling crash.

As he prepared for his return to Formula 1, the 39-year-old Spaniard was hit by a car while cycling and is still carrying metal plates in his jaw from surgery.

"It is not something that I like to comment on because it has no impact on racing," Alonso is quoted by El Mundo Deportivo newspaper in Barcelona.

"Of course I have pain - when the temperature changes, the pressure changes," he said. "I also had a bump on the shoulder and knee, which was not necessary to operate on but I did have to do a bit of rehabilitation.

"But I was just saying that this is the first week when I had no pain when doing anything. Until now I did, but it didn't mean I couldn't brake hard or turn corners, so I didn't mention something unnecessarily," the Alpine driver added.

As for Lewis Hamilton, Alonso says the seven time world champion is definitely at 100 percent so far in 2021.

"I don't know if everything he is doing is valued highly enough," he said. "I know he is valued, but I give Lewis a lot more credit right now because Mercedes no longer has the dominance it had before.

"Now they (Red Bull) are very close sometimes and it doesn't influence him - he always gives 100 percent, so we have to congratulate him," added Alonso.

Finally, Alonso said he is confident that despite the venue's lack of a race contract beyond 2021, he is sure Formula 1 will return to Barcelona next year.

"This is a track that is not only used for the race weekend but also testing. It is treated a bit like the test centre of Formula 1 thanks to our climate and facilities," he said.

"So hopefully that will be taken into account and we will be here for many years. It is what we would like at the sporting level, but then at the economic or political level there are other factors and then we have neither a vote nor a voice," added Alonso.