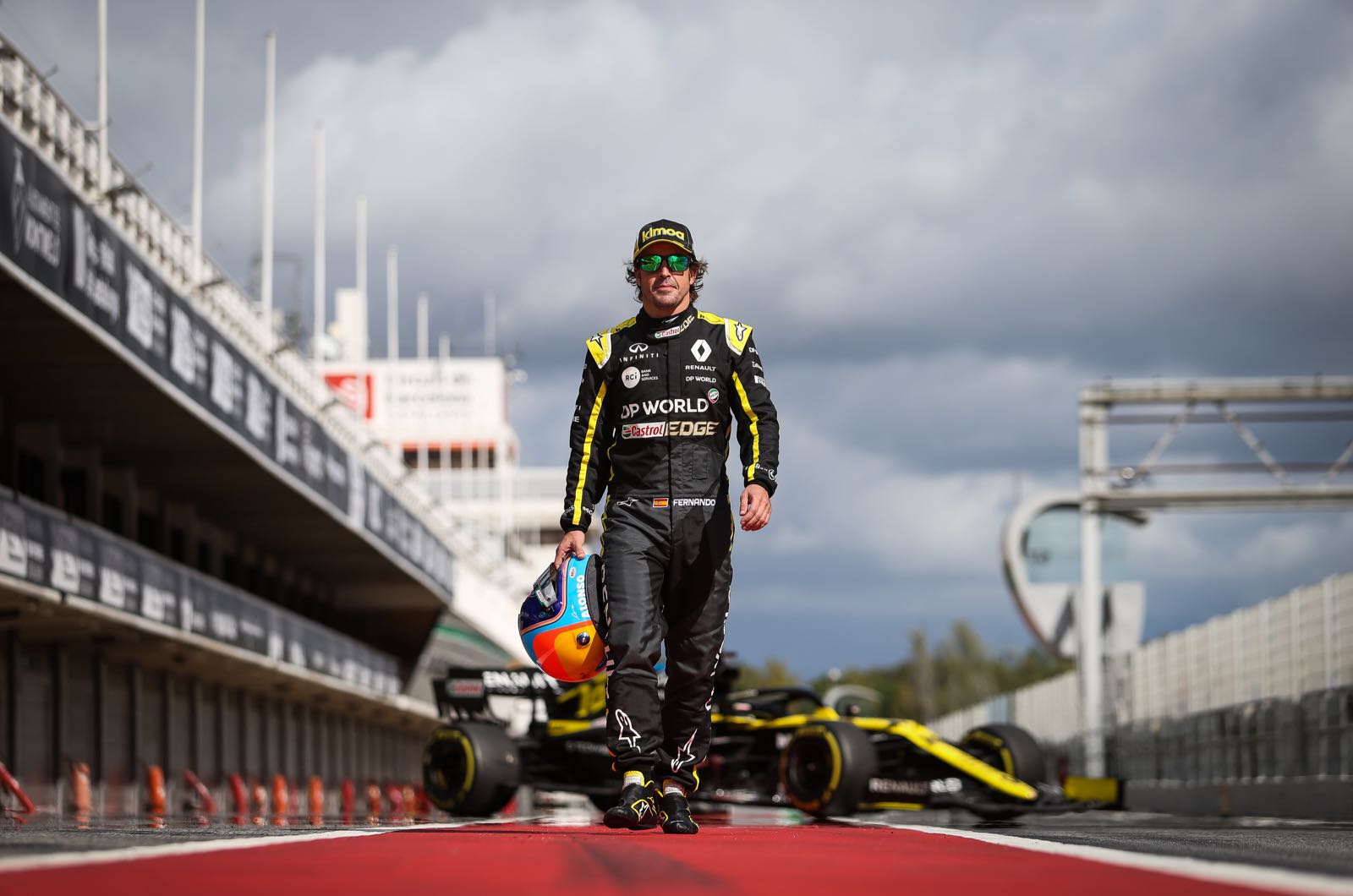 Fernando Alonso has joked that 2021 team boss Cyril Abiteboul is already "getting tired" of him.

Indeed, contrary to his reputation for being difficult to work with, 39-year-old Alonso has appeared intensely focused and motivated on his preparations to race for Alpine next year.

"Half an hour ago I sent him (Renault boss Abiteboul) three messages. I know he has read them, but he still hasn't answered," he revealed to France's Auto Hebdo.

"I'm sure he's starting to get tired of me."

The Spaniard said he is used to the fact that observers always seem "very surprised" to hear that he is highly motivated within a team, rather than notoriously difficult and demanding.

"It seems like people are very surprised every time they hear this about me, but I've always been like that," said the two-time champion, who has been on F1 sabbatical for the past two seasons.