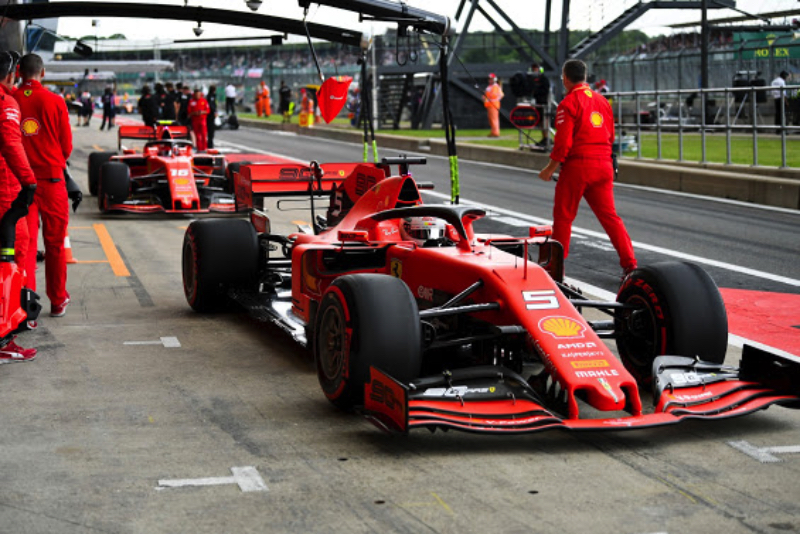 Sebastian Vettel says he wants to know the details of the 2021 rules before re-committing to Formula 1.

The 32-year-old German's Ferrari contract runs out at the end of next year, but he has even been tipped to announce his retirement before then.

"I want to see exactly what the future regulations look like," he said at Silverstone.

"I want to say 'These are great racing cars and Formula 1 is exciting'."

It is believed Vettel has accepted an invitation to attend the next series of meetings about the 2021 regulations.

"I think it's good that we've finally been asked for our opinion," he said.

"Hopefully we will find ways to create a Formula 1 where we can fight wheel to wheel and get everything out of ourselves. Then Formula 1 will remain a challenge."

Vettel has been outspoken about the over-regulation of F1, but he also wants the cars to be better.

"As far as high-speed is concerned, the current Formula 1 is the ultimate," he said.

"But at low speeds? I don't want to say the 2019 cars are not good, but the fact is that these cars are just way too heavy.

"When I came to Formula 1, the cars were amazing at every speed range and the races were real sprints.

"Ultimately, it should be about getting to the finish as fast as possible, and that the fastest man wins rather than the one who was kindest on his equipment," Vettel added.